GDL laughs with the “Impractical Jokers”

Jokesters Joe Gatto & James Murray joined GDL to talk more about the most-cringeworthy moments over their long run together, & what’s next for the group of goofballs 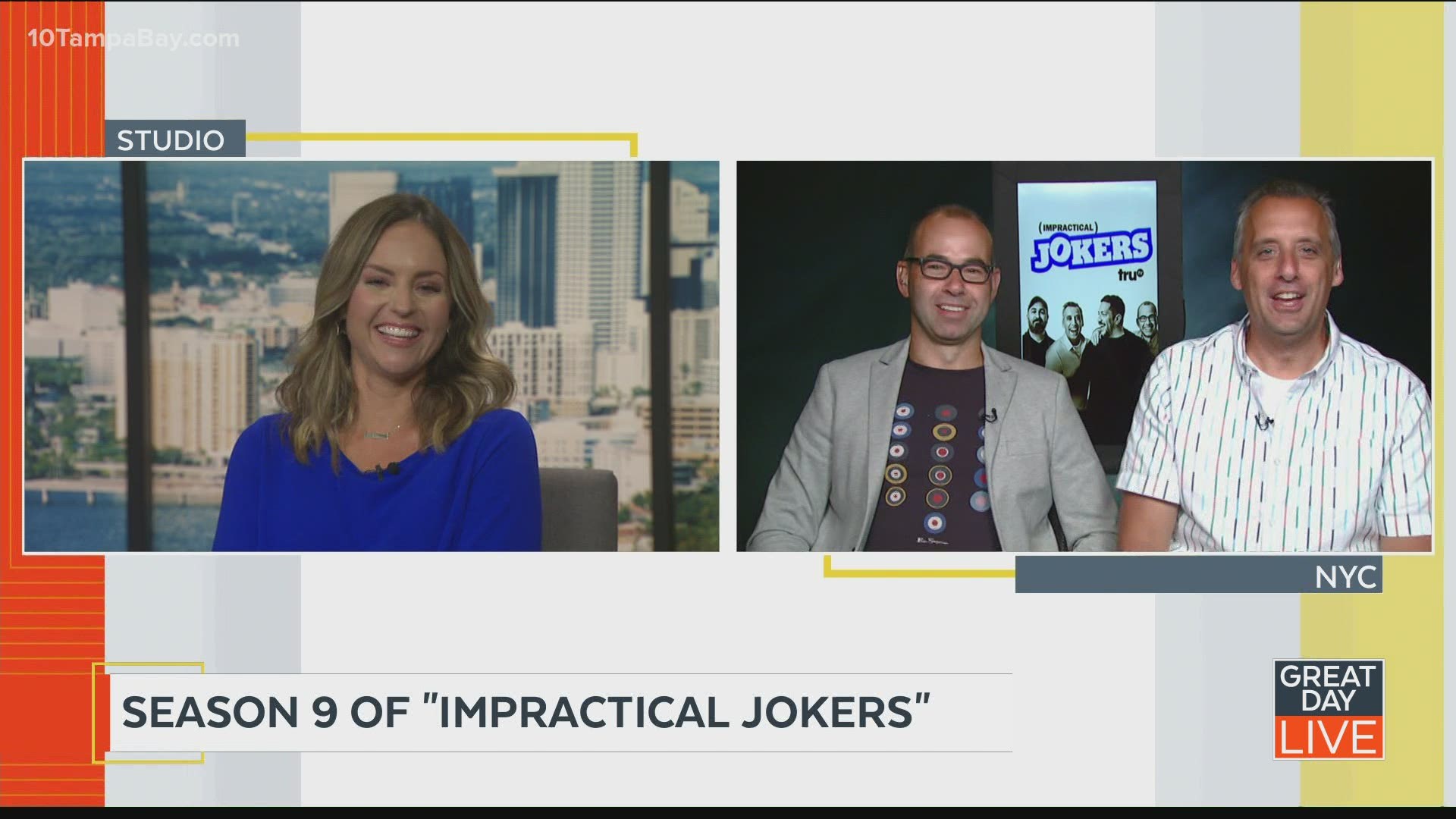 SAINT PETERSBURG, Fla. — The comedy foursome behind the unscripted television series, “Impractical Jokers” have been making us laugh for nine seasons. They have plenty more pranks and punishments on the horizon, too. Jokesters Joe Gatto and James Murray joined GDL to talk more about the most-cringeworthy moments over their long run together, and what’s next for the group of goofballs. Season nine of “Impractical Jokers” airs at 10 p.m. EST on truTV.