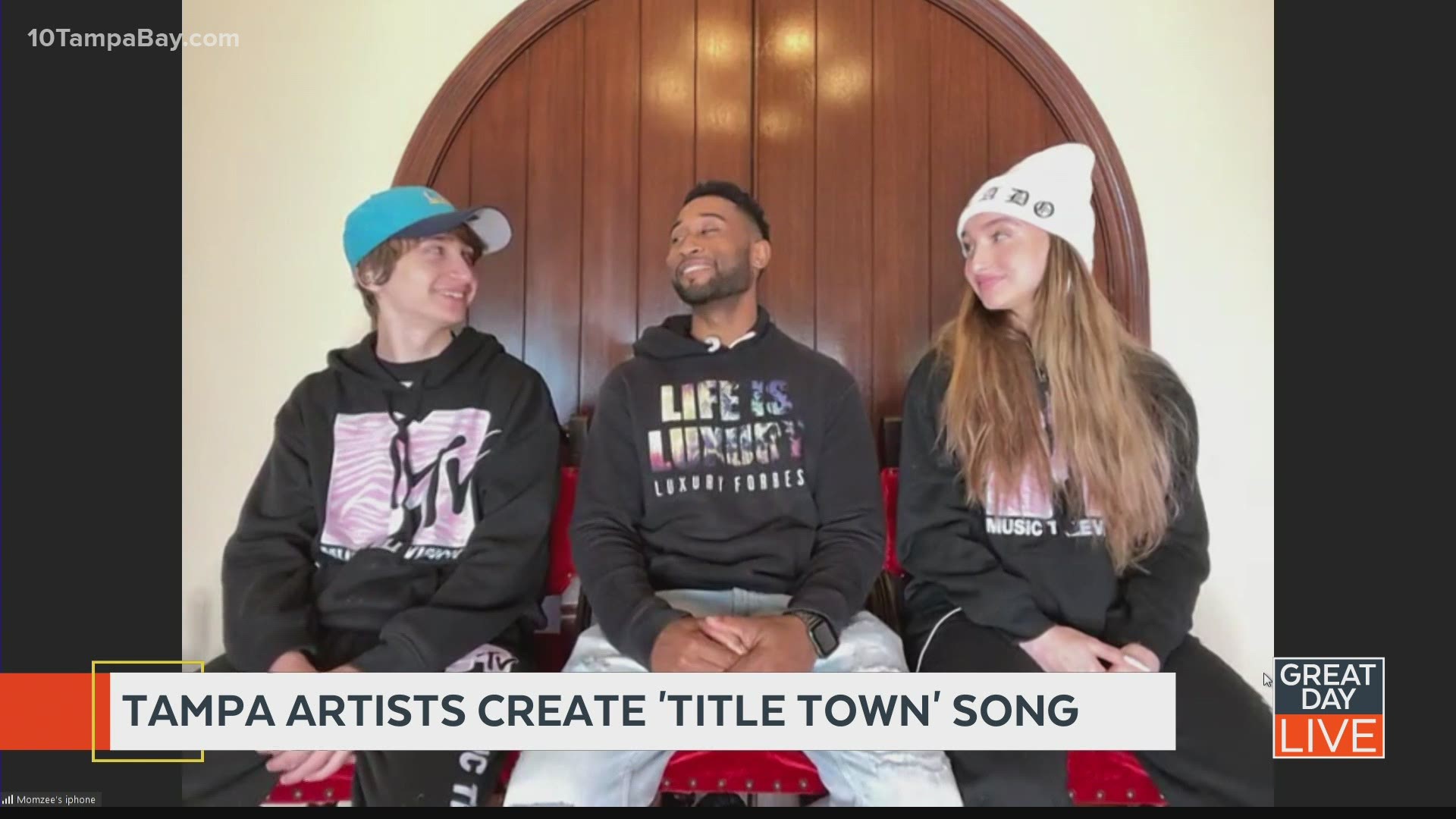 TAMPA, Fla — After the unbelievable year we had in Tampa Bay sports, two local artists decided it was time for a song to celebrate! Shawn “Luxury” Forbes, who co-wrote the song, joined GDL to explain how the song came about. Popular TikTok-ers McKenzi Brooke and Reif Harrison helped the song gain attention by recording a video online dancing to the track. It’s been viewed hundreds of thousands of times! (Note: Since this interview was recorded, the song title has been changed to “Title Town,” and is available to stream now.)