Make your own space rocket from home

Dee Maynard, education programs manager at Kennedy Space Center joined us via Zoom to virtually demonstrate how to create your own miniature rocket from home. 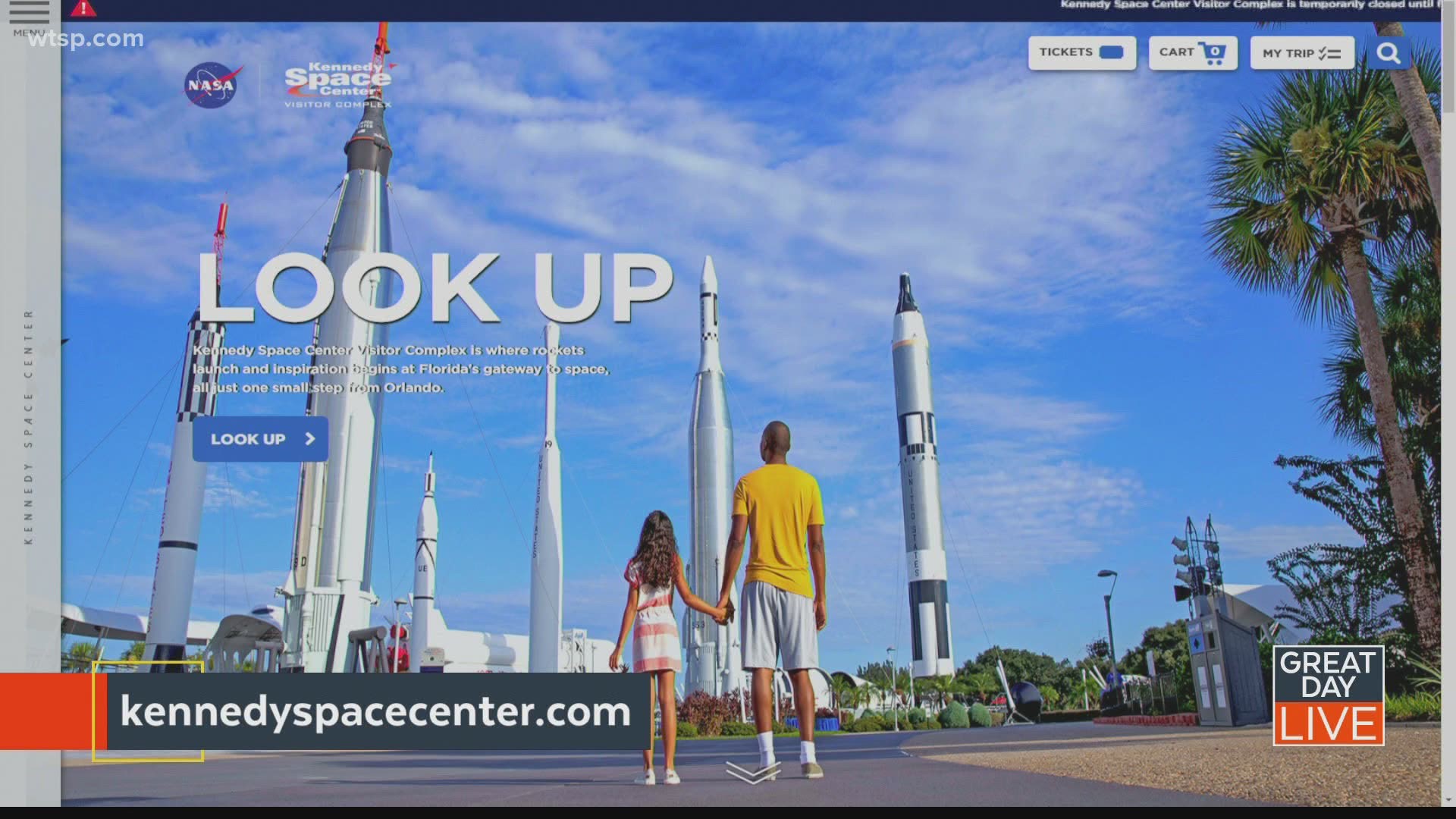 SAINT PETERSBURG, Fla. — Kennedy Space Center Visitor Complex has been working hard to bring space to homes across the country over the past several weeks. Dee Maynard, education programs manager at Kennedy Space Center joined us via Zoom to virtually demonstrate how to create your own miniature rocket from home. Learn more at kennedyspacecenter.com/.

Scientific Principles: Chemical reactions can create propulsion. In this case, build-up of CO2 causes pressure that pops the canister; action/reaction launches the rocket in the opposite direction.

Demonstrate with film canister rocket. Fill tank 1/2 with liquid. Tape the soda packet to the inside of the lid so countdown begins when the rocket is turned upright. Challenge to older students: calculate the right amount of liquid/solid components to make the rocket launch at the right moment of the countdown!

RELATED: How to identify counterfeit jewelry