Recipe ideas for the big game 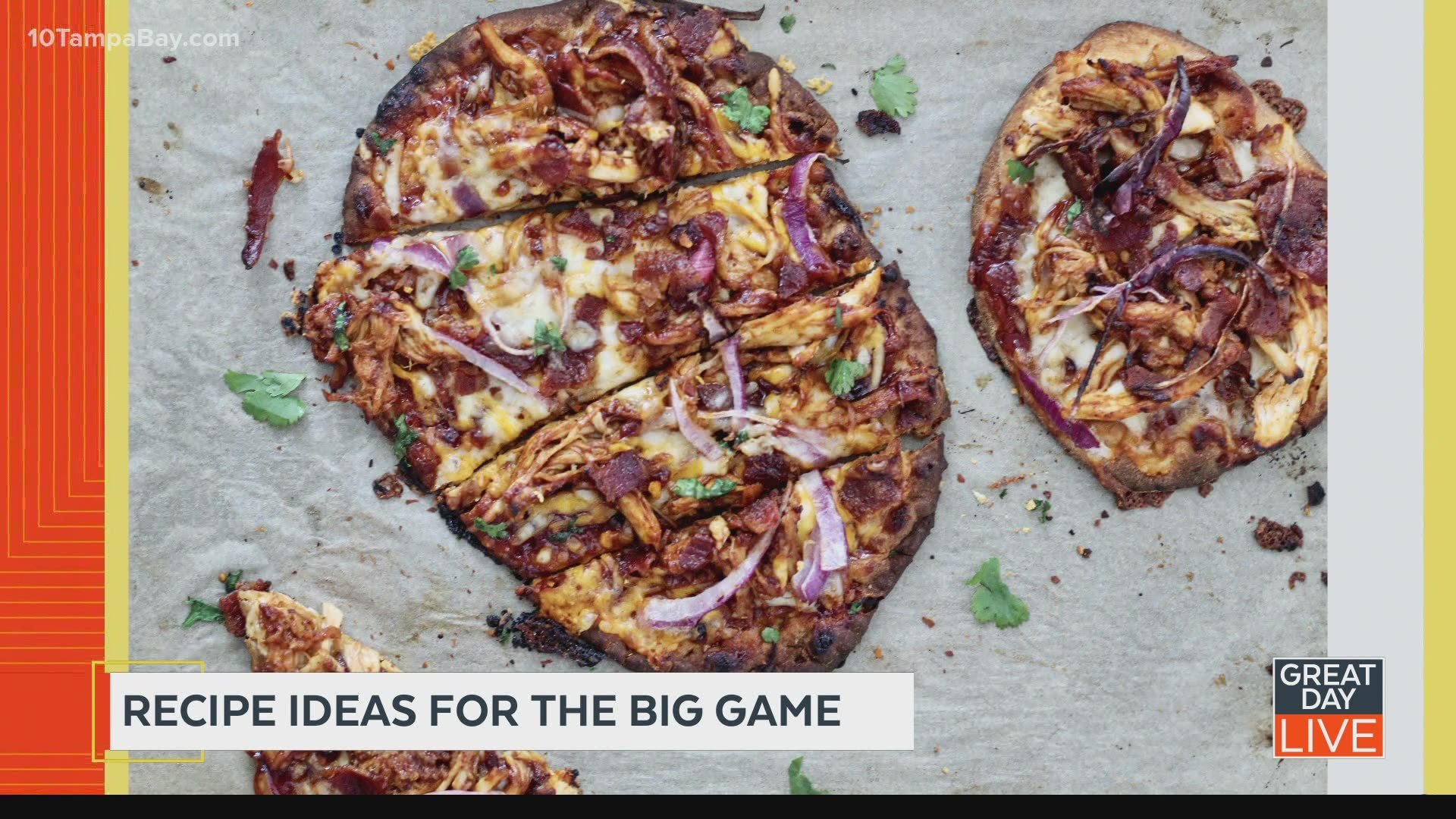 SAINT PETERSBURG, Fla. — Your big game party is sure to be a touchdown with this recipe from Ritzy Mom blog creator, Sarita Gelner. Gelner showed us how to make BBQ chicken naan pizzas! For more fun recipes, visit rizymom.com.

Put naan directly onto oven grates and cook 2-3 minutes. Flip them with tongs and cook an additional 2-3 minutes. *This creates a crispy crust that has an airy middle.

Then, put naan onto baking sheets. Brush with olive oil.

Toss chicken in a couple tablespoons of the bbq sauce to coat.