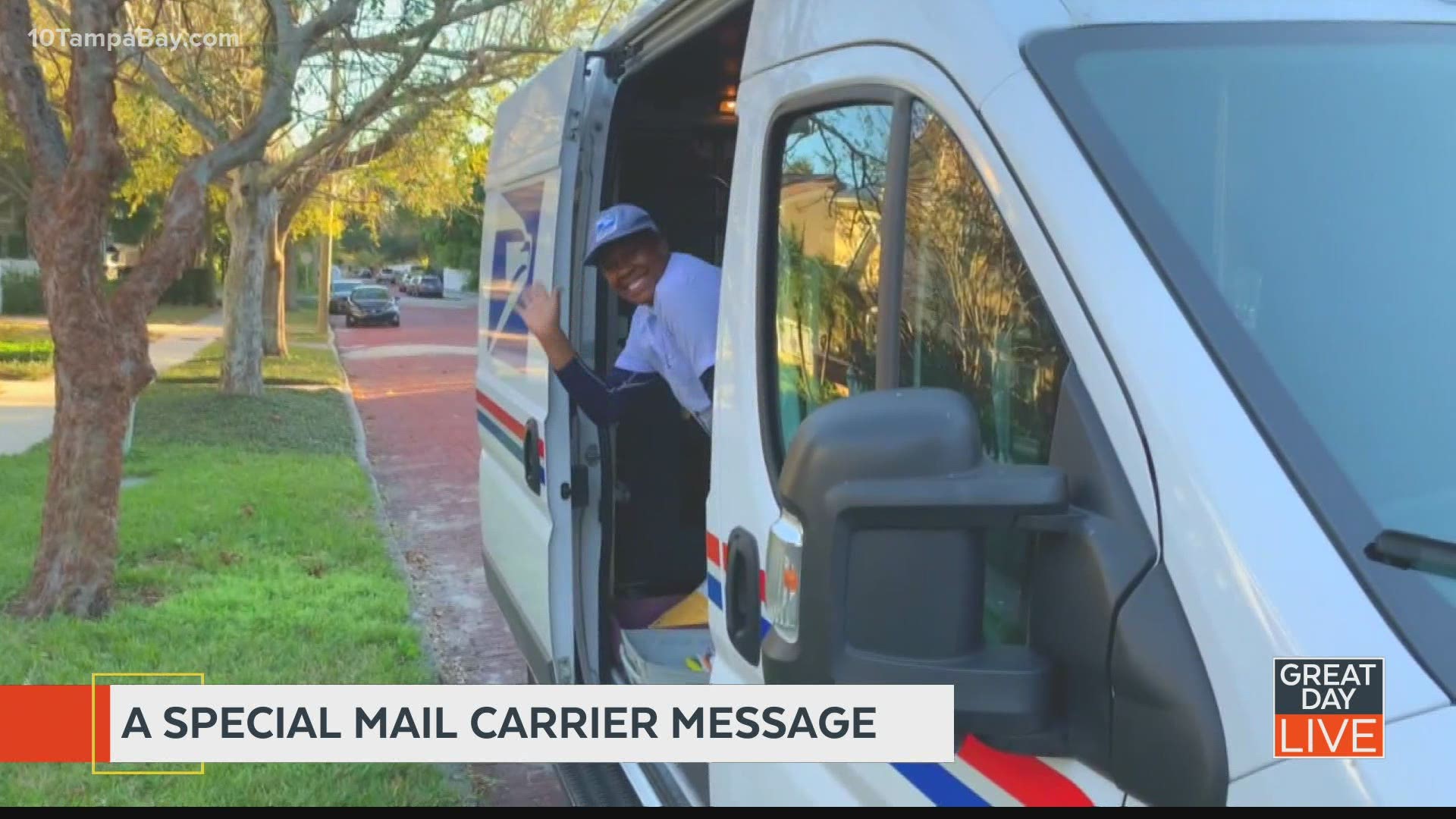 SAINT PETERSBURG, Fla. — Andrea Jackson has delivered mail for 14 years, the last seven of them in the Crescent Lake neighborhood of St. Petersburg. She’s known for both her excellent service and her wide smiles.

When asked what she likes best about her job, Jackson replies, “the people.”

While this mom completed her bachelor’s degree (while also working fulltime), residents cheered Jackson on. And when people found out Jackson wanted to become a nurse, one resident set up a GoFundMe page to help with her tuition. Nearly $5,000 has been donated.

It’s no surprise neighborhood residents were sad to learn about Jackson’s last day. Jackson walked her final route last week, because she is starting nursing school.

Instead of delivering messages, on her final day, Jackson received them. The sidewalks along her route were lined with colorful chalk expressions of support. You Rock!, Andrea’s a Star, Andrea is Awesome, We admire you for following your dreams, We’ll Miss You-- are just a few examples of the well wishes written by residents.

“They’re so overwhelming,” said a shaky-voiced Jackson. “I keep catching myself crying.”

And the final message that Jackson delivered to people along her route? “I promise to visit.”