Chelsey Wilson from Achieva Credit Union joined us with more on the “Stuff the Bus” fundraiser they planned with the Pinellas Education Foundation. 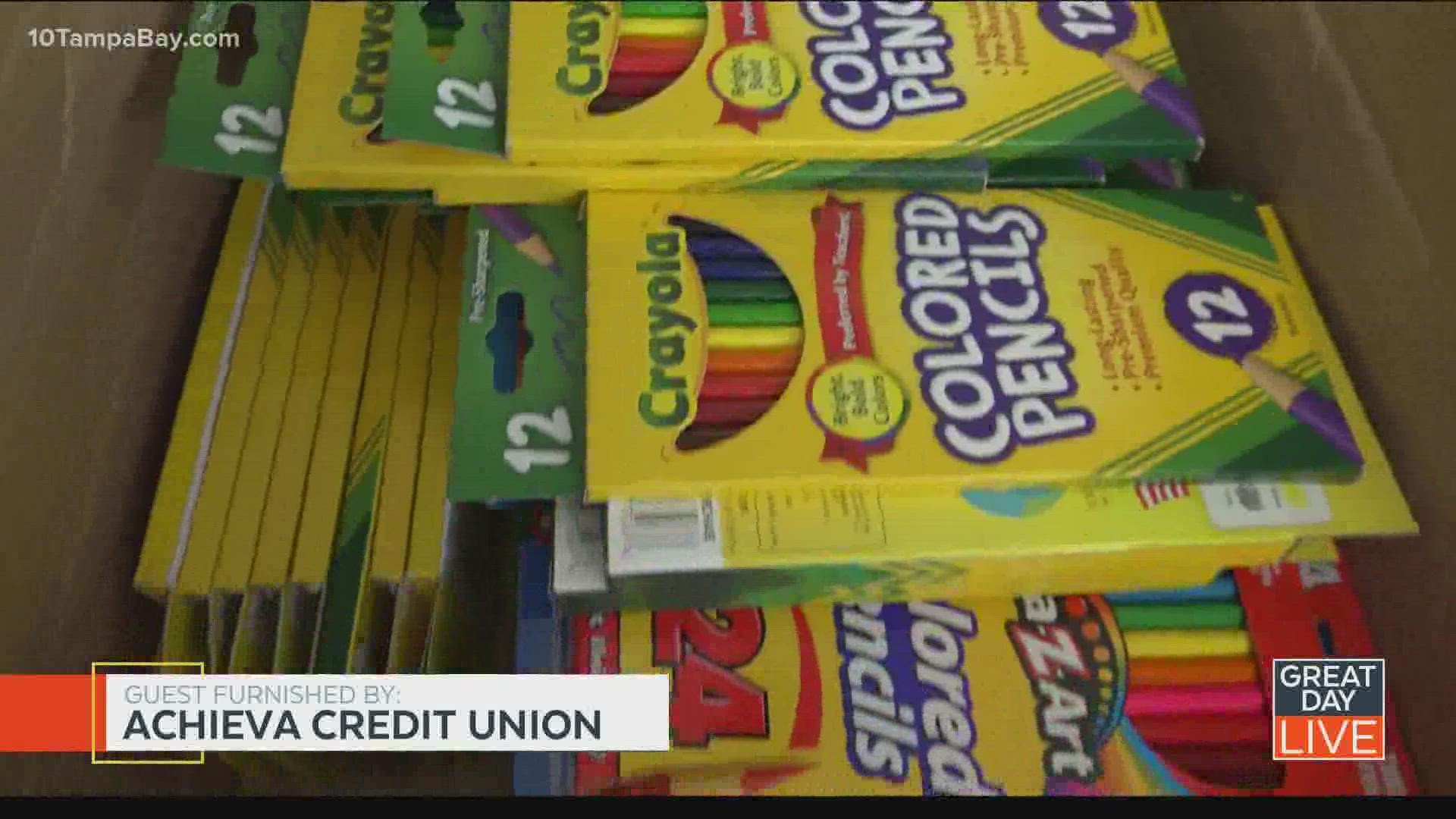 SAINT PETERSBURG, Fla. — Two Pinellas county nonprofits are teaming up to supply students with needed school supplies before heading back to school. Chelsey Wilson from Achieva Credit Union joined us with more on the “Stuff the Bus” fundraiser they planned with the Pinellas Education Foundation. The event is Friday, Aug. 6 at the Achieva Credit Union Largo Branch at 12580 Seminole Blvd. Supplies can also be dropped off at Achieve branches in Pinellas County until Aug. 19.