Brad Miller is the CEO of PSTA. He joined us to discuss the three-month pilot program and future plans to move AVA to Dunedin and Clearwater. 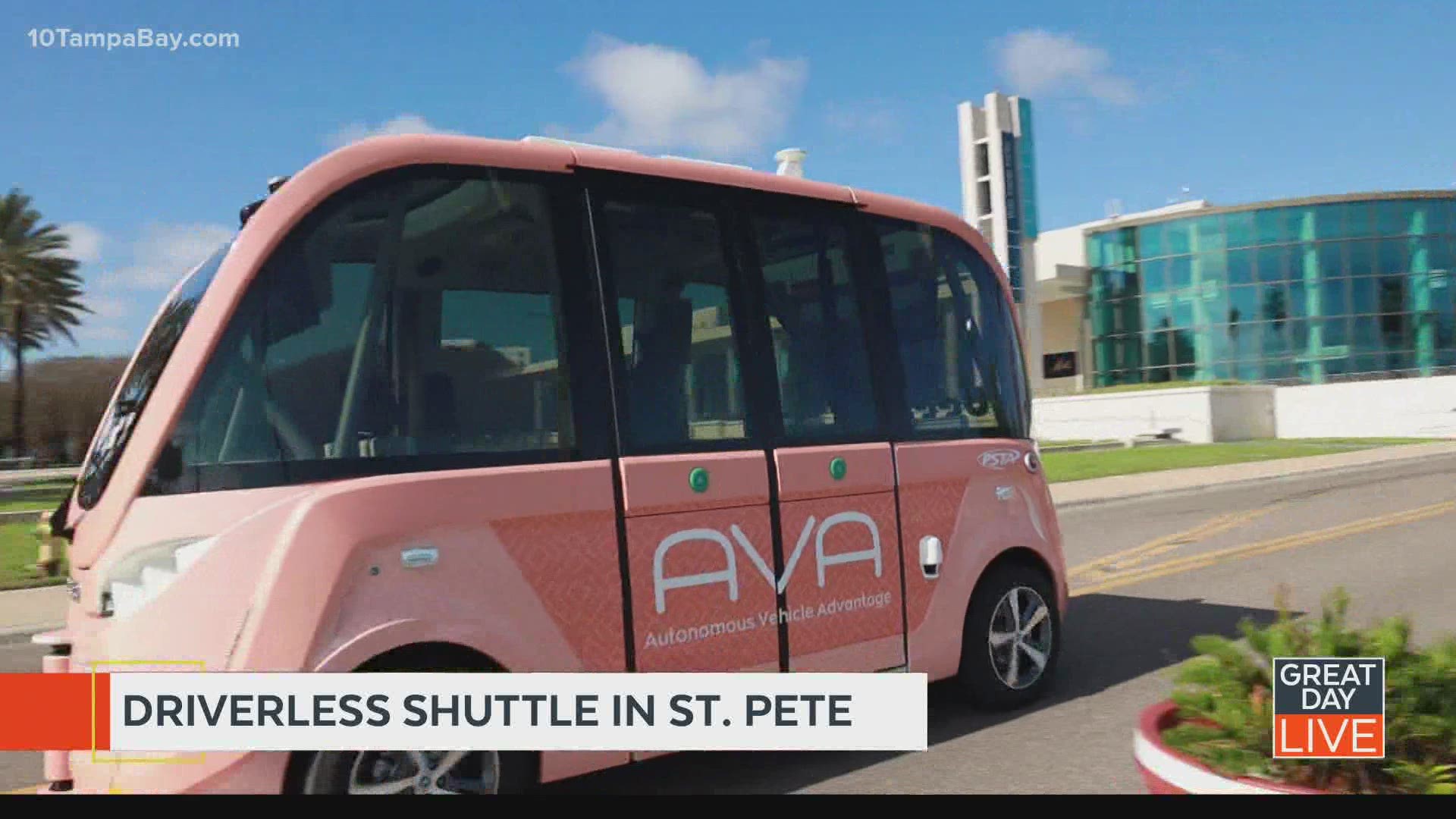 SAINT PETERSBURG, Fla. — PSTA now has an autonomous vehicle operating in downtown St. Pete called AVA. Brad Miller is the CEO of PSTA. He joined us to discuss the three-month pilot program and future plans to move AVA to Dunedin and Clearwater. The driverless shuttle runs along St. Pete’s waterfront from the Dali to the Vinoy. For more information, visit psta.net.