We brought smiles, as part of our goal of spreading 'Joy to the Bay.' 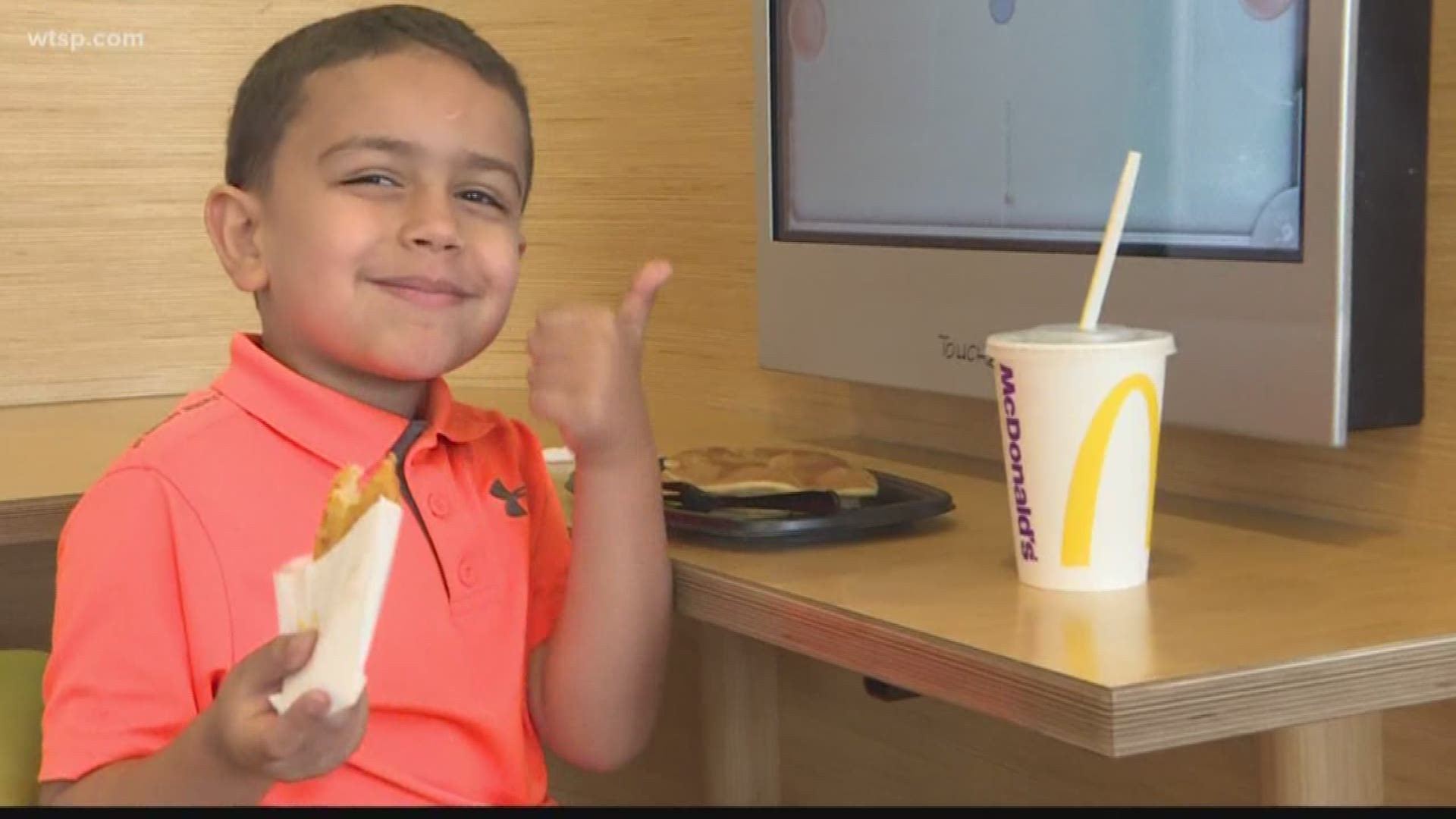 TAMPA, Fla. — The 10News Brightside Team donned elf ears, reindeer antlers and Santa hats this morning. They were on a mission to spread Joy to the Bay.

Their first stop was the McDonald’s at 2871 Gulf to Bay Boulevard in Clearwater. That’s where Jabari Thomas surprised people at the drive-through with free breakfast and not to be out-done, Rob Finnerty played waiter inside the restaurant. He’s pretty good at carrying trays of pancakes!

“My kids are so surprised, they so happy,” one mom told us, “I feel super awesome.”

And then we hitched up Santa’s sleigh, (or just hopped into some 10News cars) and headed across the Bay to the Marathon station at 101 N. Howard Avenue in Tampa.

There we pumped a lot of joy into people’s cars. “Thank you, that’s amazing!” said one driver. “This is going to help me out with my workday today and it was very unexpected,” said another.

After all, around the holidays, everyone can use a little extra gas in their tanks and cash in their pockets.

Next, it was back across the Bay to St. Petersburg, where Santa’s elves delivered some Papa John’s Pizza to Fire Station Number 13. We learned that firefighters there chip-in money to buy the ingredients for their daily meals, so today’s pizza present helped out—each pepperoni-covered triangle—a slice of joy.

And the Brightside team’s final stop Tuesday was the St. Petersburg Police Department. Two officers and a civilian employee were told that a meeting was mandatory. It was probably the best “meeting” they’ll ever attend.

Thanks to the Tampa Bay Lightning and former star player Brian Bradley, they each received a pair of tickets to a hockey game. Some autographed sticks and FanZam rides—not icing on the rink, but icing on the cake.

The police employees were chosen to receive the surprise because of their recent great work. Officers Collin McFarland and Cory Pope helped crack the case of vandalized parking meters in the downtown area and Patricia Adamides, Property and Evidence Supervisor, has the humungous job of transferring and cataloging every article of evidence (thousands of pieces) from the old police station to the new building.

It’s so fun for 10News to spread some Joy to the Bay; we love surprising you and chatting a bit. We want to thank all of our corporate partners for making 10’s Day of Joy possible and for those of you we missed on Tuesday—Happy Holidays!