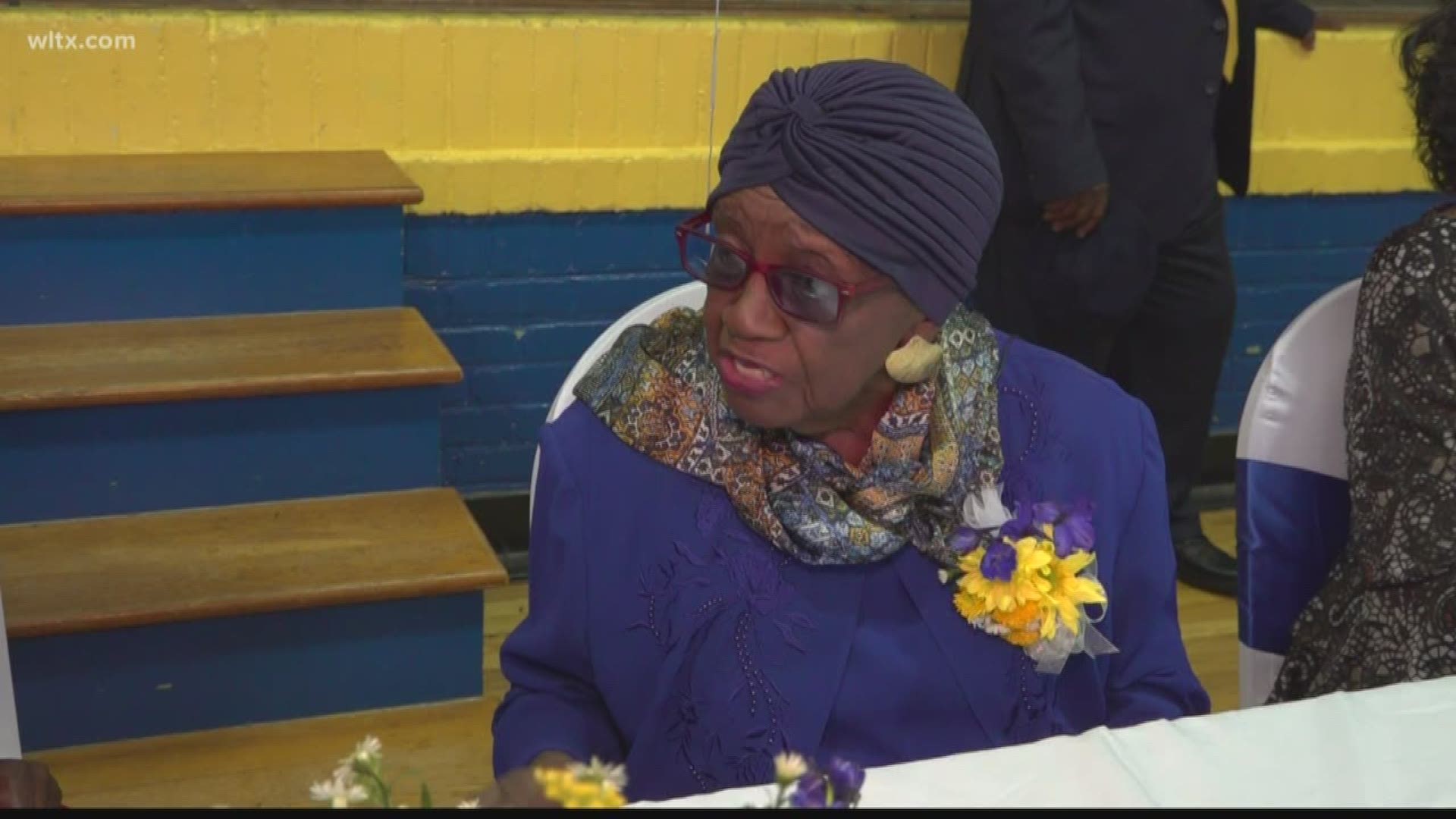 Hundreds of people gathered in Lexington for the 100th birthday of Thelma P. Strother.

The event began with a parade from her home to the historic Rosenwald Learning Center where friends, family and community members gathered in her honor.

“It feels like always; it’s no different,” she said, but for the hundreds of people gathered on Saturday to help her celebrate, it meant a lot.

Lexington’s Chief of Police Terrence Green presented her with the Chief Letter of Commendation, the highest award he can give, he said.

“A lot of people don’t know, but if there were no Thelma P. Strother, there would be no Chief Green,” Green added.

Lexington Mayor Steve MacDougall was also among those attending.

“You draw a big crowd,” MacDougall said, as he presented her with a proclamation honoring her

“You’re supposed to when you get my age,” she replied, jokingly.

She was a secretary for the National Association for the Advancement of Colored People (NAACP), and advocated for better conditions in Lexington Schools for African American students during integration in the 1960s.

She also worked to help provide funding for people who could not afford funerals.

“You know, I’ve never been sick all those years, until now,” Strother said. “I have arthritis. I said, ‘Well, God had to give me something,’ I guess.”

So, what is her secret to a long life?

“I don’t have one. Try to be good to everybody, ‘cause I don’t have no malice in my heart for nobody,” she said.

Being good is the way she’s spent her life and how she hopes to spend many years to come.