He was revealed to be wearing the Bulldog mascot costume at halftime. 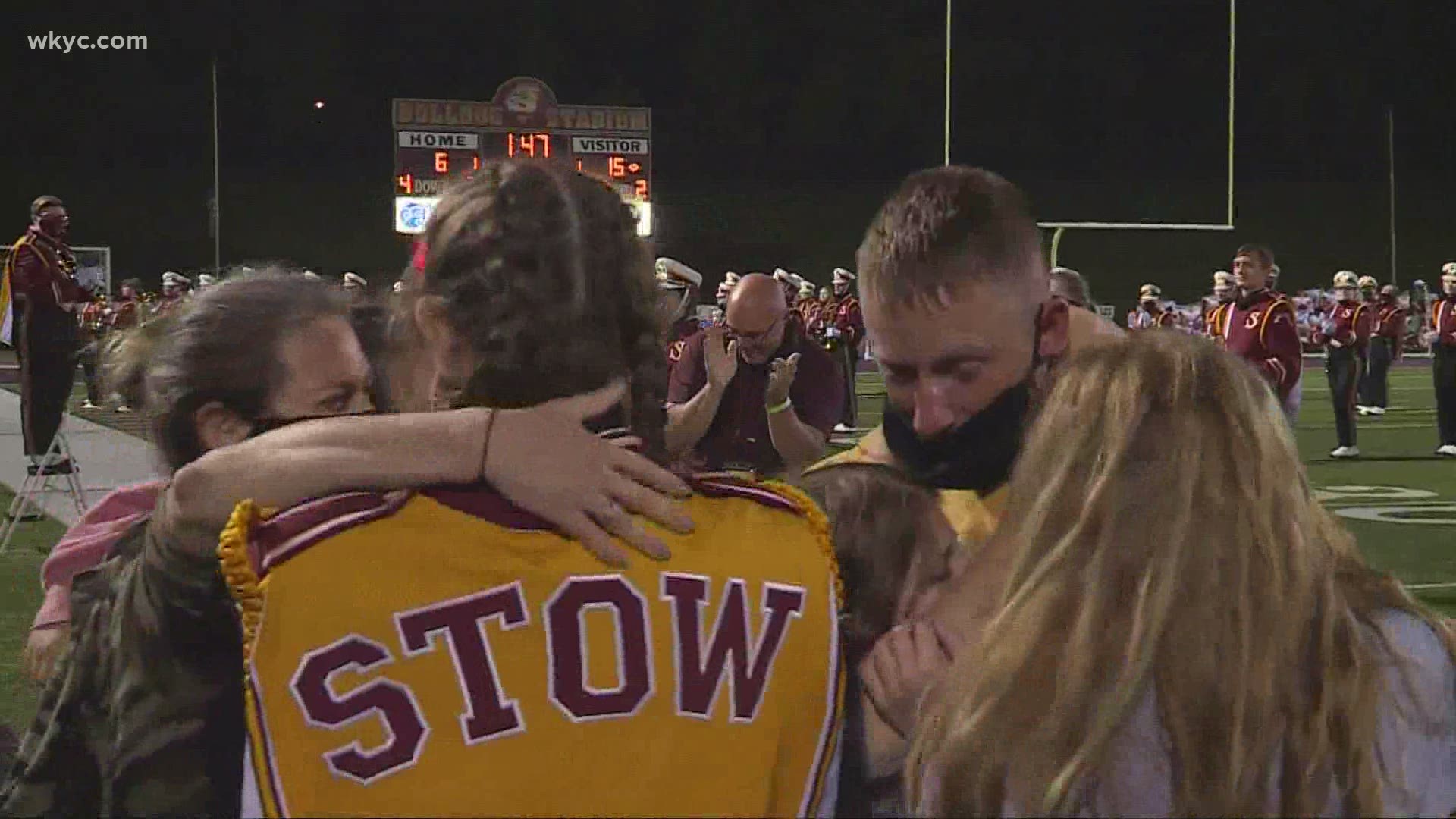 STOW, Ohio — It was a memorable night for the community in Stow at their high school football game, but especially for one family.

Michael Jarosz, father of five, is a sergeant in the National Guard. He was deployed to Kuwait for 14 months and has missed important moments in his kids lives to serve the country he loves.

Tonight, his daughter Erica was drumming with the Stow-Munroe Falls High School band at halftime of the Bulldogs football game, like any other Friday night. After the performance, she was pulled to the side in front of the large crowd, afraid something was wrong and didn't know what to think. Her family was called down from the bleachers, hands shaking, and little did the kids know, their dad was in the mascot costume.

The big reveal came: The bulldog head came off the mascot, and a surprise of a lifetime. Hugs and cries, lots of cheers, and claps punctuated an unforgettable moment.

"I thought I was in trouble, I really did," a shocked Erica said. "I started freaking out, I thought someone in my family passed and I was freaking out."

Michael's wife Jen said she knew about the surprise, and it took a lot of work within the community to pull it off.

"We needed this," she said, full of spirits and happy the surprise went as planned, and was overjoyed to have all of her family together again.

"It's a tear jerker moment," Michael stated. "It's hard to explain. You can't put it into words."

The family continued to smile and hug their dad, full of overwhelming joy and happiness. Michael is home until his next deployment, and doesn't know when that will be.