Jackie Cato searched for her father on her 18th birthday. Years later, her search began again after her daughter gifted her an ancestry DNA test. 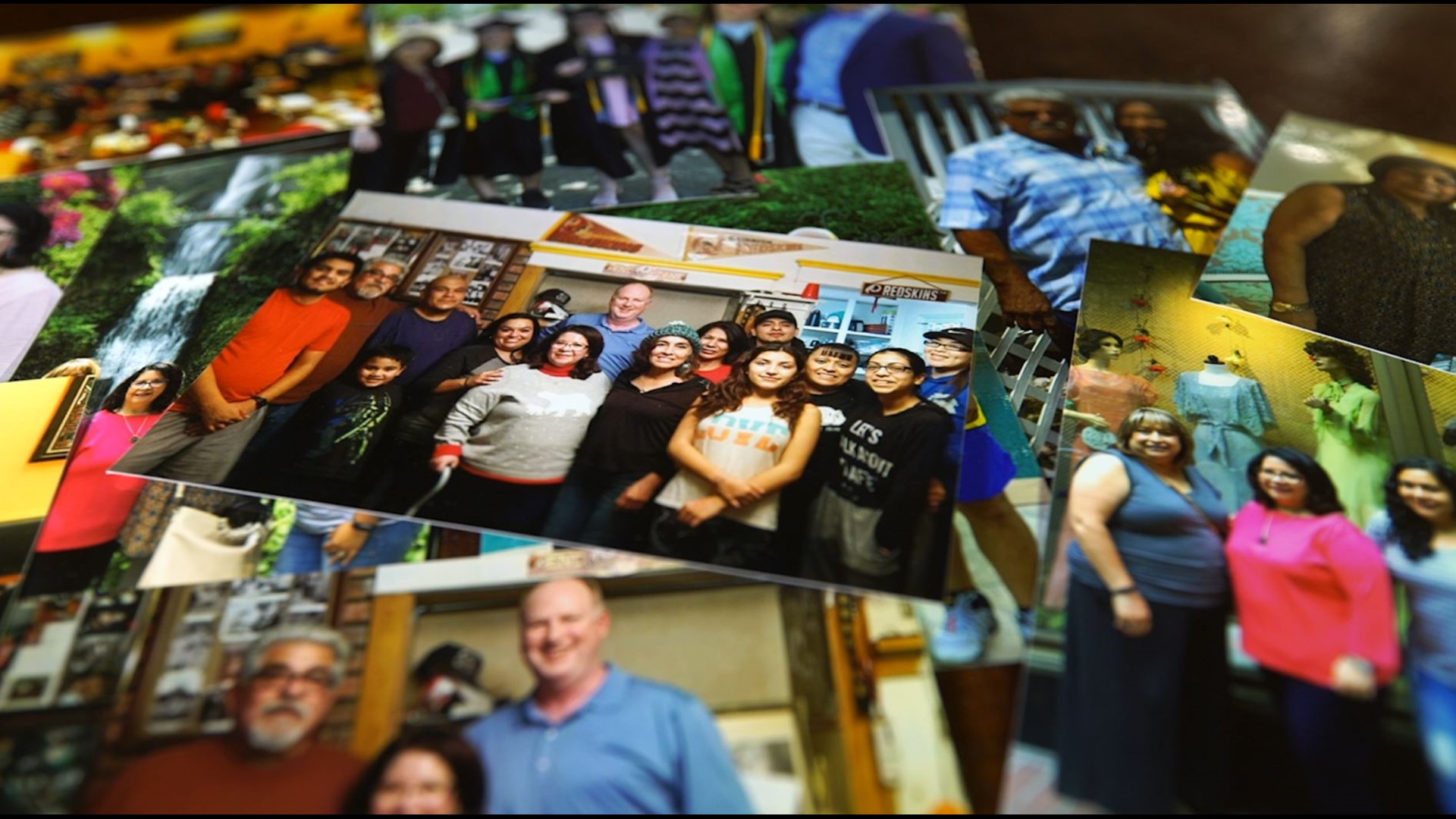 Jackie Cato says hers might not be one of those stories.

Cato is a member of the Facebook group NPE Friends Fellowship. NPE stands for Not Parent Expected.

The group was formed by a woman near Houston after she discovered her father was not her biological dad. It aims to support the thousands of people across the United States, and now around the world, who have had their lives turned upside down by a DNA test kit they thought was just going to tell the about their ancestry.

Instead the DNA trail often leads to family secrets, family lies, and a lineage they never suspected.

"I grew up with the last name Ozuna," Cato told WFAA from her home in Parker. "And I really thought that my mother was Ozuna and my siblings were Ozuna."

RELATED: Their lives were turned upside down because of a DNA test. Family secrets can't stay secret forever

But Cato was the only one in her family with that last name and her mom would never explain why.

On her 18th birthday, Cato had friends drive her to Austin to get a copy of her birth certificate to finally get answers on her own.

The moment she walked outside, she opened the birth certificate.

Her father's name on the birth certificate was Agapito Ozuna Jr. But where was he? And why was his name a secret that Cato's mom would never reveal?

"And I saw his name and that mission became even more intense to find him," she said.

In 1998, Cato hired a private investigator to find her father. Agapito Ozuna Jr. was found near Houston.

Cato wrote him a letter. And then one day, the phone rang.

"Jackie, this is your Daddy," Cato recalls hearing.

"I cried, I think I just couldn't talk for a little bit. He answered and apologized. He apologized for not being in my life and that meant so much," she said.

Days later they were on the front cover of a Plano newspaper. They called the story, and the finally happy reunion, a "hug worth waiting for."

Ozuna Jr. told Cato that her parents divorced when she was very young, that Cato's mom asked him to stay out of her life and that he honored her wish.

But Cato finally had him in her life now.

"It filled that hole that I had in my heart," she said. "I had my father that I always wanted. And I had my husband and my two kids. And for me that was just...that was life. That was the missing piece."

The problem, that she would discover years later, is that he was the wrong missing piece.

Cato's happy ending lasted just 12 years until Ozuna Jr. died. Then, as a Christmas present, her daughter bought her a home DNA test kit so she could learn more about her ancestry.

DNA, as it has done so many times before, unraveled another family's story.

"She found some secrets. Opened up a can of worms," said her daughter, Madison Cato. "I wasn't expecting any of this to happen."

Jackie "Ozuna" Cato found out that she wasn't an Ozuna at all.

"I think I kept looking at it and looking at it in disbelief," she said of the DNA results that showed Ozuna Jr. wasn't her father.

Though her mom and Ozuna Jr. were together when Cato was born, the DNA test showed Ozuna Jr. was not Cato's biological father.

"I felt like I had no identity. I didn't even know who I was," she said. "It's almost like everything's been pulled from you. Like you lived a lie. A life of a lie. Because the person that you thought you were, the last name that you thought you carried, was not really your name."

With a DNA trail provided by Ancestry.com and 23 and Me, the search for her real name and her real father led to Caldwell, Idaho, and a family with the last name of Villanueva.

She now knew that she shared European Spanish and Native American heritage but she still desperately wanted to find her real dad. Unfortunately the Villanueva family could only lead her to a cemetery.

Cato's biological father, Rogelio Villanueva, died in 1992 not knowing he had a daughter who was looking for him.

"I definitely felt guilty," Madison Cato said of her purchase of the first home DNA test kit. "I still feel guilty. I feel like all this is my fault."

But the good part of this story is that Cato knows who she is now. The Villanueva family has accepted Cato.

"You gave me the gift of family," Cato told her daughter. "They love you as much as they love me. And I thank you for this gift."

Jackie Villanueva Cato still doesn't have much of a relationship with her mom or answers for all the secrets she still keeps. But she did get at least some of the happiness she's been searching so many decades to find.

"Now that I have met family and know my last name, and have a family that loves me, and I have the support of my own family, I'm complete," she said.

A complicated journey, but yes complete, thanks to DNA.