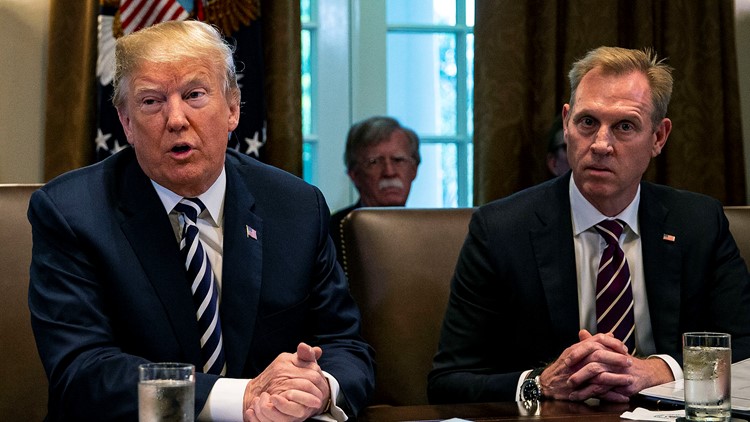 Acting Defense Secretary Patrick Shanahan has removed his name from consideration for the permanent position, President Donald Trump announced on Twitter Tuesday. It's a significant shake-up as the U.S. faces increasing tensions with Iran.

"Acting Secretary of Defense Patrick Shanahan, who has done a wonderful job, has decided not to go forward with his confirmation process so that he can devote more time to his family," Trump Tweeted.

"It has been a deep honor and privilege to serve our country alongside the men and women of the Department of Defense.

I am proud of the work accomplished over the last two years. With the leadership of President Trump and the bipartisan support of Congress, the Department has made significant progress rebuilding and modernizing the military to compete with China and Russia. We are developing capabilities that will ensure American military leadership for decades to come in space, cyber, hypersonic missiles, and much more. We have focused the leadership team on delivering results and making real change at scale.

The Department is well postured to provide for our long-term security. The men and women of the Department of Defense are remarkable and epitomize patriotism at the highest level. I have the greatest confidence in our civilian and military leaders and the vitality of the institution.

The confirmation process should focus on securing our nation against threats, readiness and the future of our military, and ensuring the highest quality care and support for service members and their families. After having been confirmed for Deputy Secretary less than two years ago, it is unfortunate that a painful and deeply personal family situation from long ago is being dredged up and painted in an incomplete and therefore misleading way in the course of this process. I believe my continuing in the confirmation process would force my three children to relive a traumatic chapter in our family’s life and reopen wounds we have worked years to heal. Ultimately, their safety and well-being is my highest priority.

I would welcome the opportunity to be Secretary of Defense, but not at the expense of being a good father.

After significant reflection, I have asked to be withdrawn from consideration for Secretary of Defense and will resign my position as Deputy Secretary of Defense. I will coordinate an appropriate transition plan to ensure that the men and women in harm’s way receive all the support they need to continue protecting our great nation."