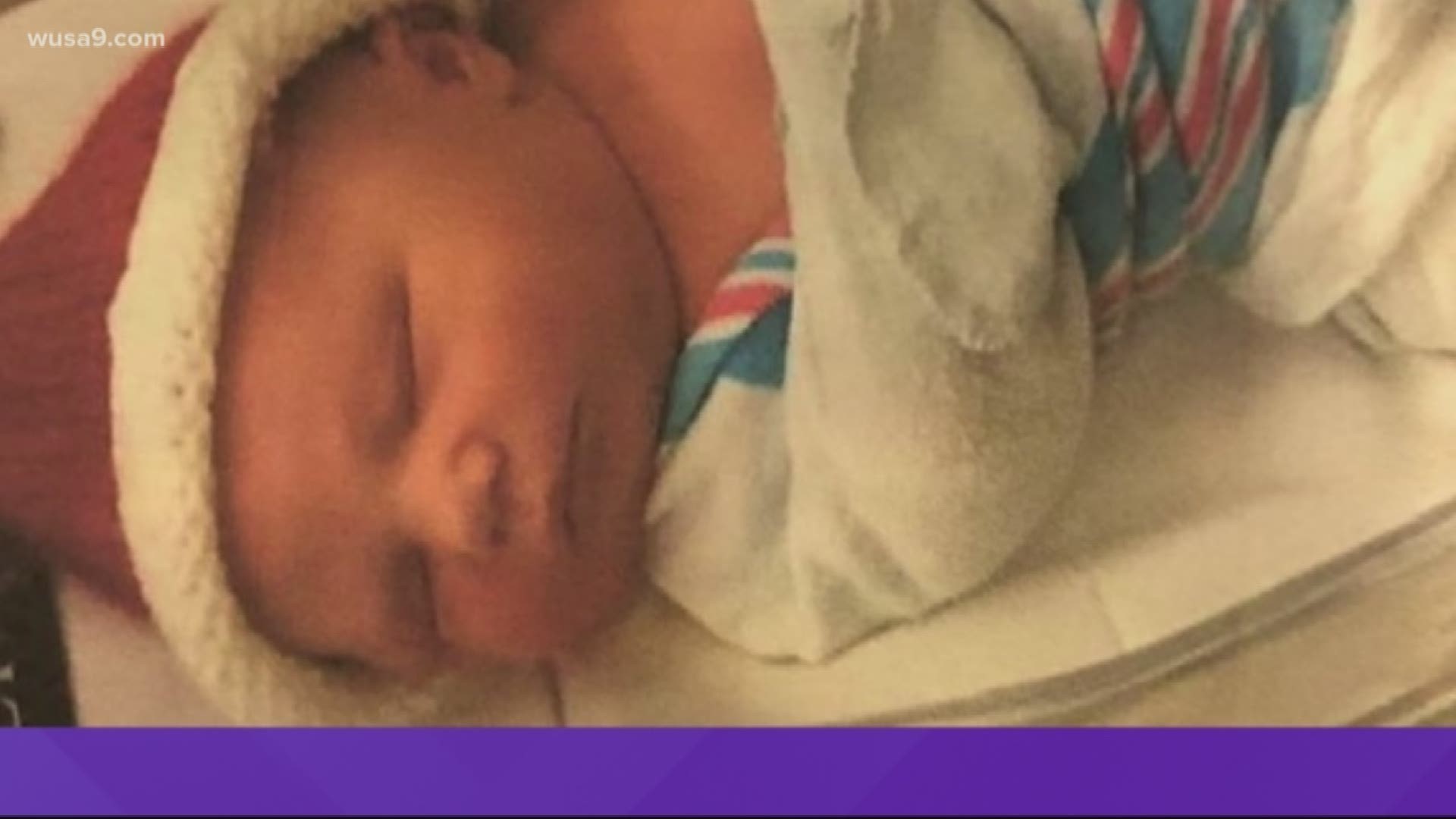 ASHBURN, Va. — At 87, Norma Waitman is years into her retirement – and yet, on any given day you'll still find her hard at work.

Pass through the entrance of the Waltenwood Ashburn Senior Living Facility and you'll find Waitman. Standing 5'2", with sharp white hair and a smile that will brighten up anyone's day, if she doesn't stand out to you right away, the skeins of colorful yarn will. She spends the majority of her time on the third floor, fingers ever-busy, as she knits with a sense of fulfillment.

Some refer to her as Ms. Norma. Others know her as the lady whose only concern is to make sure NICU babies and newborns at Inova Loudoun Birthing Center enjoy their first few days on earth with a warm head.

"It makes me feel good that I am doing something that, I guess, is worthwhile, and to know that a little baby has got their head warm in the wintertime," Waitman said.

It all started when Waitman was 15 years old. She didn't know the gift of learning how to knit and purl from her aunt would take her so far years later. She began knitting for babies at the birthing center when she met a group of ladies at her previous facility who all came together to make newborn hats. Now that Norma has moved to Waltenwood, she wanted to continue this good deed, so she took on the task herself.

"I tried to get men interested, but I think they think it's kinda girly," Waitman laughed.

She mainly sticks to hats, but makes them in several colors, and each month Waitman has a different theme for them. In February she does red hats for Valentine's Day. In March, she gets inspired with green hats. And in July, you might catch a baby with a red, white, and blue hat to celebrate Independence Day.

"I just get tired of doing the same one so my daughter-in-law ended up getting me that yarn," Norma said as she pointed to one of her finished hats. "And I thought that'd be kind of a cute mixture."

Waitman said the mothers and nurses go crazy when they receive a new box of hand-made hats.

Her hats have touched the lives of so many families that one mother wrote her a letter thanking her for bringing spontaneous joy into their lives. Their baby was rushed into the NICU on Christmas Day for a medical emergency, but Waitman's hat was able to bring them some peace.

In the letter, the family they "were scared to go into the NICU. Then a nurse came by and showed us the hats and helped us get over our fear."

Credit: Waltenwood Ashburn
Letter from a family thanking Norma for a hand-made hat

Waitman said she spends about three to four hours making the most perfect baby hat and tries to make at least one a day. She said not only is knitting therapeutic and relaxing, but it's rewarding knowing that the several hundred hats she’s made in the last four years have brought smiles to new parents and babies

Waitman stays busy with her work, but it does use up a lot of yarn. If you would like to donate yarn to become hats for newsborns, you can drop it off or send it to Waltenwood Ashburn Senior Living Facility in Virginia.

RELATED: Great-grandmother gets keys to new apartment with help of donations