Officer Natalie Corona was only months on the job before she was killed in the line of duty. A year later, a community refuses to let her memory fade. 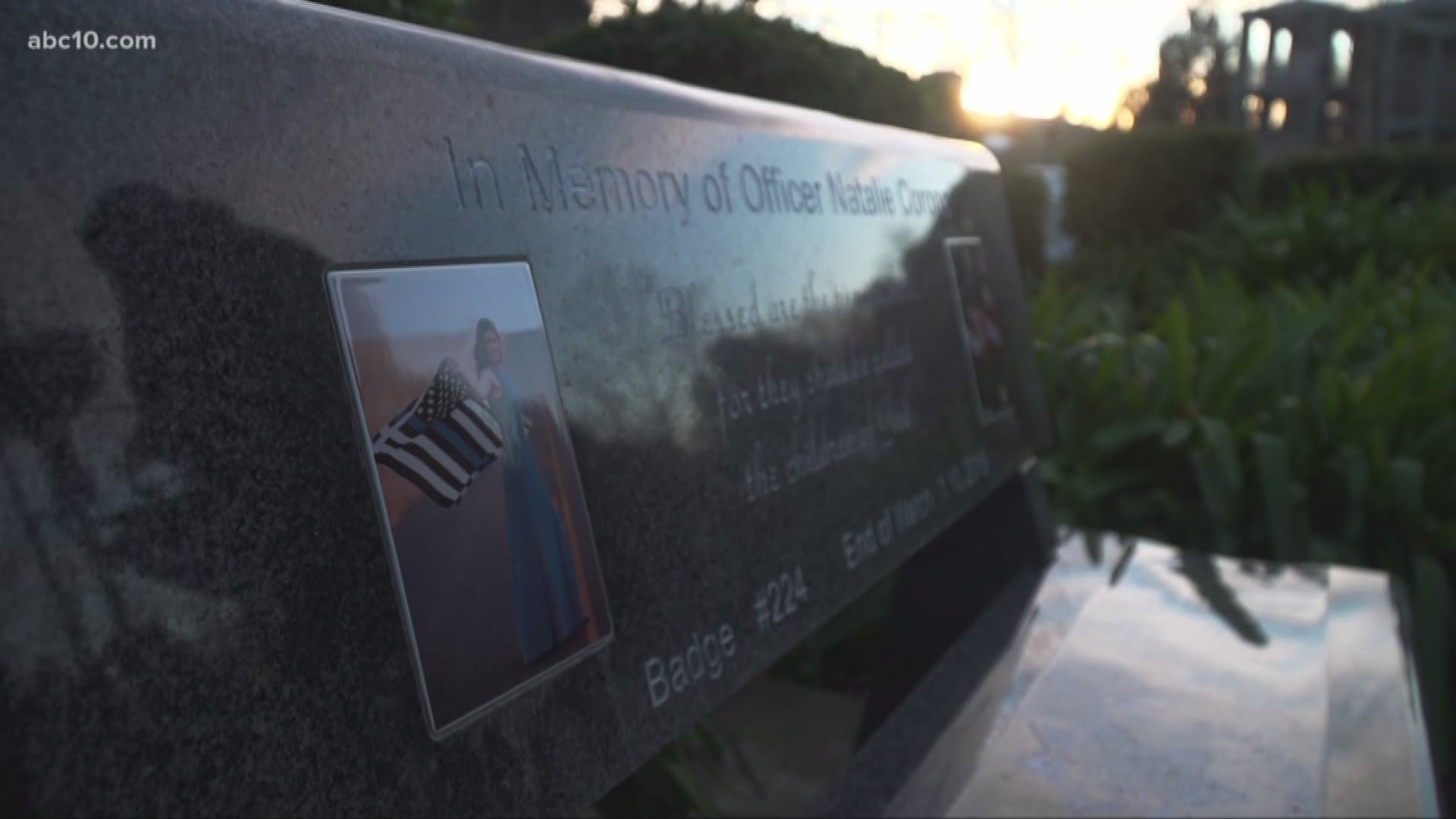 DAVIS, Calif. — In the city of Davis, the memory of fallen officer Natalie Corona still lives in the hearts and minds of hundreds.

A year after the young officer was ambushed and killed during a traffic stop, community and family members, either related by blood or by uniform, gathered in solidarity to cope with the loss.

For her fellow officers, it’s been a long year. Corona's death came as a shock to many, and some say it could have been any one of them in the line of fire that day.

“When it happened last year... I was pregnant, Natalie took my spot on patrol and took my beat,” said Officer Morgan Hatcher.

The thought flares up in her head to this day, but she says Corona’s father has played a big role in helping her with the regret.

“There’s a part of me that has regret that she was there,” she said. “I don’t know if I would have been on that call or not but it’s not about me."

She added, "So, he [Corona's father] made sense that everyone was where they were supposed to be. I was to be on light duty. I was going to have a child, and that was just the situation. But, I thank Natalie for... my family to some degree.”

To this day, people still remember Corona for her kindness and the passion that made her a rising star at the Davis Police Department.

A year after her death, it's clear the community and her loved ones never stopped thinking of her.

The blue ribbons adorning the town, an honorary bench bearing her name, and a memorial gracing the department she once served make sure her memory lives on.

“It’s amazing to me," said Merced Corona, Natalie Corona's father. "It’s amazing. Natalie in her short 22-years of life touched a lot of hearts not only here but, you know, around the world and especially in our community.”

Even as the department and community move forward, people in Davis say they’ll never forget the sacrifice she made.