She could've been the first woman in space; 60 years later, she's about to go

Government officials kept Wally Funk from becoming an astronaut simply because she was a woman. 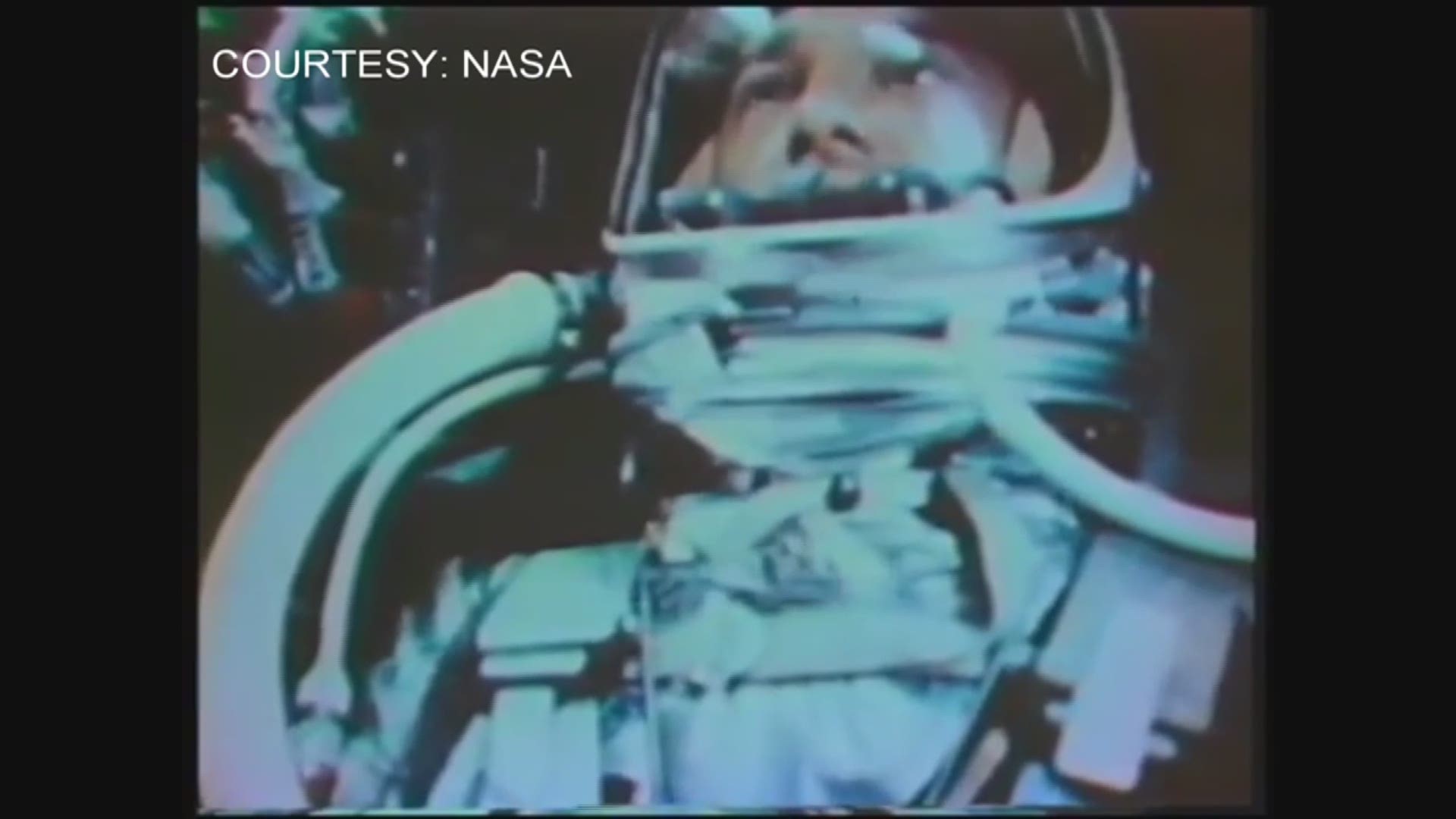 "I just wanna get into space because I feel, after all those tests that I had, that I can do it," said 80-year-old Wally Funk. "And I can do it just as well as anybody else.

Funk, of Grapevine, is one of the most decorated pilots to ever take to the skies. She earned her license by 14, became the first female inspector for the FAA and was the first woman flight instructor on a U.S. military base.

Shortly after NASA introduced the Mercury Seven, all men, as the first American astronauts, a secret program began to find out if women could survive in space.

Dr. William Lovelace had performed extensive physical tests on 32 male astronaut candidates, pushing their bodies to the limit. Only seven, the Mercury Seven, passed all the tests to become astronauts.

Curious if how women would perform when subjected to the same punishing tests, Dr. Lovelace funded his own study called First Lady Astronaut Trainees or FLATS.

In 1962, Wally was one of 13 women selected to the program. She was poked, prodded and even locked inside an isolation tank, which was designed to make a person go crazy.

Most of the men wanted out after 180 minutes. Wally stayed inside for a record 10.5 hours.

"And they said, 'do you need to go to the bathroom,'" Wally recalled. "'I said, 'I already did that.' It didn't bother me. I could've stayed in there forever."

In fact, every single test she took Wally outperformed the men.

Obviously, Wally was qualified to be an astronaut. However, with the Cold War and space race looming with Russia, government officials viewed sending a woman to space as a sign of weakness and did everything possible to stand in the way.

Wally was not allowed to become an astronaut simply because she was a woman.

It didn't matter that she was an experienced pilot or just as capable as the men. Each time she passed a test, a new roadblock was placed in the way.

Even though all 13 women were decorated pilots, NASA required astronauts to be military pilots and at the time, women weren't allowed to fly in the military.

Further, astronauts had to be college-educated. Wally was. According to NASA, she just didn't have the "right degree."

"And I said 'I wanna get an engineering degree,'" Wally said. "And the guy came up and slapped me on the shoulder and said, 'you're a girl, go to Home-Ec.' And I said, 'good afternoon' and I walked away."

Unfortunately, that attitude was common among men in the space program.

John Glenn, one of the Mercury Seven and the first American to orbit the earth, said women in space "goes against our social order."

Lyndon Johnson, vice president at the time, did not want the women's training to move forward. Eventually, he canceled the program.

So, Wally went back to flying planes, worked as an instructor and became the first female investigator for the National Transportation and Safety Board.

She never got her chance to go to space. Incredibly, though, Wally says she holds no grudges. "I never had any bad feelings," she said. "I knew I was going to go. Sometime I will go."

Now, after 60 years, she is finally on her way.

Wally bought a ticket onboard Virgin Galactic and expects, within the next few years, she will make it to space, fulfilling what she started nearly 60 years ago.

"You have to feel it in your heart and that's exactly how I have felt," she said. "I feel great."

Obviously, this does not make up for years of injustice, but it's proof that women like Wally have always belonged.

As she reflected on the past five decades, Wally opened a book. It's her life story and on the final page is a quote. Her quote. Every time she speaks publicly, she ends with these words:

"The only thing a woman needs to compete in a man's world is ability. Go for everything you can. Higher, faster, longer."