Members of the Ring Finders, Suncoast Research and Recovery Club helped locate the ring within minutes of searching. 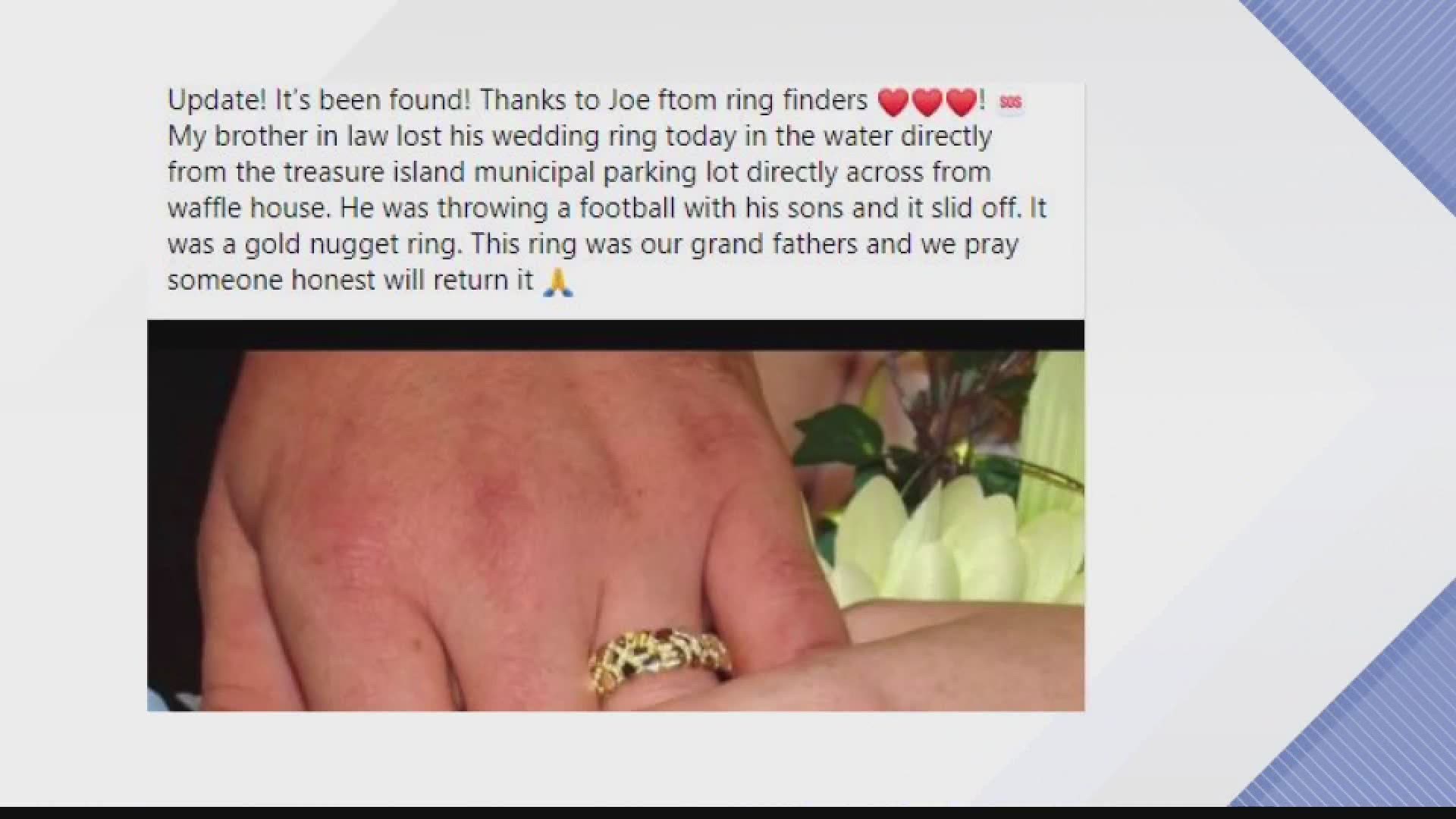 As Carl Schaneman spent the day at the beach with his sons and some of their friends tossing around a football, he lost his ring mid-throw.

"They were out there on the beach playing and the ring went flying off his finger, hit the water, the water came over and swept the ring away," Juarbe said.

The gold ring was not only Carl's wedding ring, but it was also passed down to him as a gift.

"The ring is special to our whole family actually, it was my grandfather's ring originally. Both my grandfather and my brother-in-law share the same birthday and my mom passed the ring on to him when he married my sister," Juarbe said.

Sharing the Facebook post about her brother-in-law's missing ring connected Juarbe with The Ring Finders Suncoast Research and Recovery Club. They were able to help Juarbe and her brother-in-law locate the ring and return it to them within minutes of searching for it on the beach.

"Someone left a comment on my Facebook post suggesting I contact The Ring Finders, I did and I reached out to a man named Joe at 8:30 in the morning, he asked for a screenshot from google to show where my brother-in-law was at when he threw the football that day, what time of day it was, what direction was he throwing the ball and Joe found the ring out there in like 30 minutes," Juarbe said.

The Ring Finders works more like a directory and helps you connect with independent metal detecting specialists. They've been in the business of doing so for more than 10 years.

To date, The Ring Finders members have completed more than 6,000 successful recoveries.

"It meant a lot for us to find the ring. I believe there's more good in people out there than bad and just to have a total stranger stop what they were doing, never ask for money, and find the ring in minutes, still shocks me. I was crying when he told us he found it, " Juarbe said.