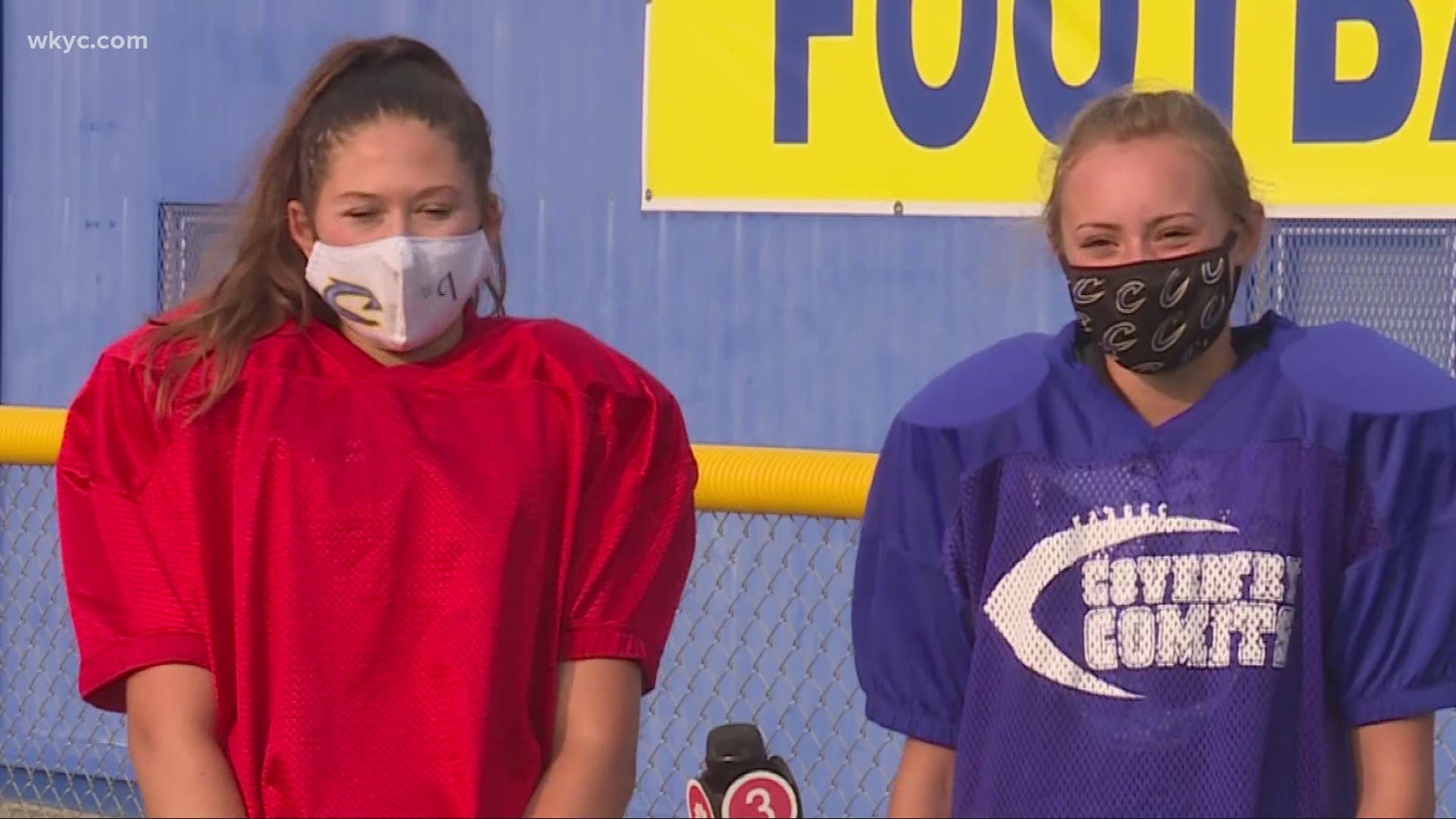 Coventry High School soccer players Morgan Ross and Alexis Wearstler say they've always wanted to play football and with encouragement from their parents, they decided to try out.

Tiffany Wearstler, Alexis' mother suggested her daughter go for it, "what's the worst they can say, no?"

To their surprise not only did the girl's make the team, but they would also be allowed to play under the Friday Night Lights with the boys.

According to Ross and Wearstler, the coaches, staff and community have been very supportive and welcomed them with open arms.

"We have our own locker room and space to change and get ready, but when we are on the field, we are one of the guys and they treat us just the same," explained Ross.

And when it comes down to gender comparison, Alexis says that girls can kick just as well as guys.

"It's mostly a male dominated position, but if you think you can do it, do it," she notes.

Both girls are excited to play under the Friday night lights and are proud to be a part of school history.

They encourage more women who want to play football to "go for it."