“I personally don't need anything," Henry said. "I have a beautiful family and the fact I'm here right now is kind of all I need.” 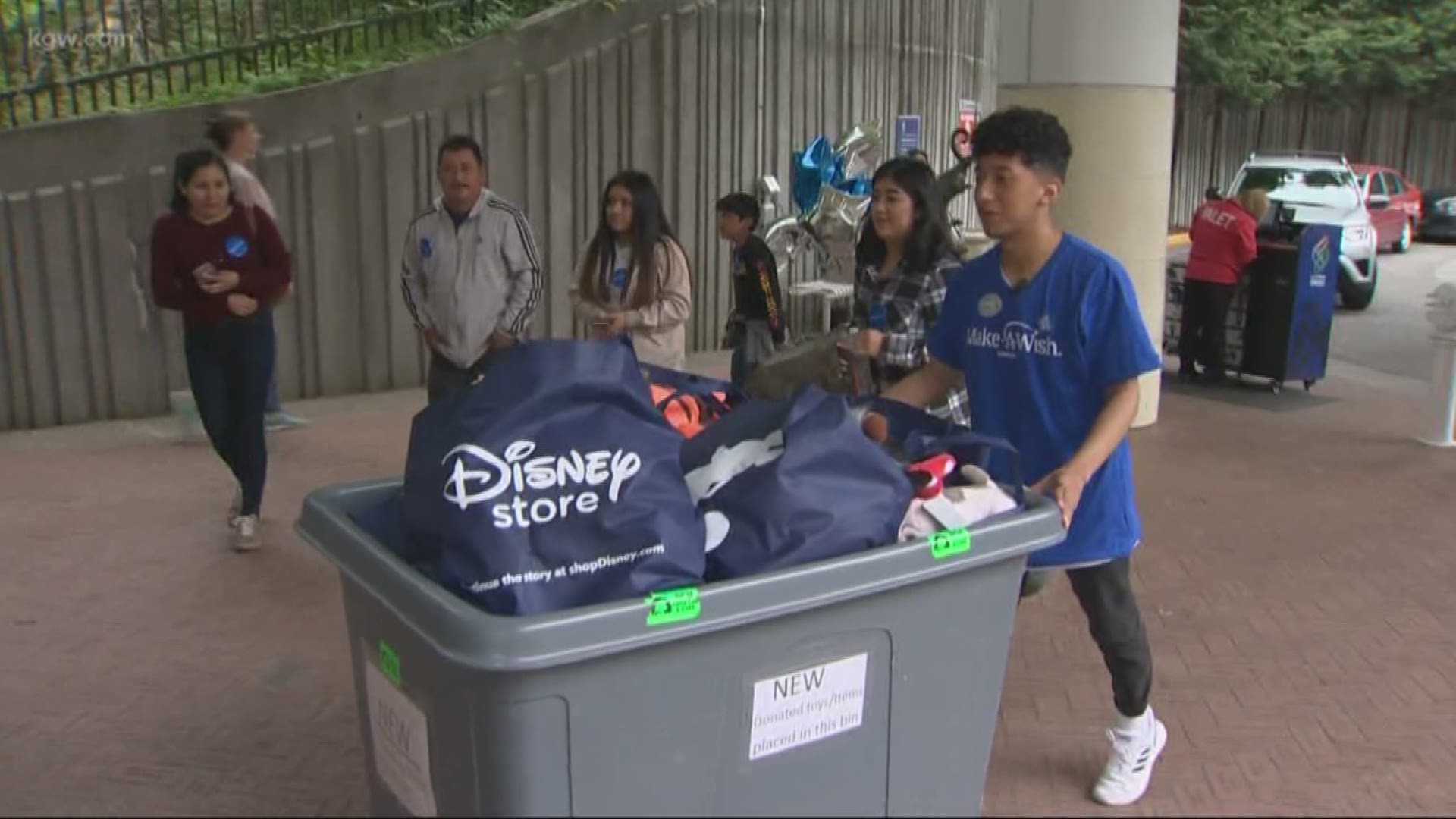 Henry could have spent his Friday afternoon over summer break with friends or skateboarding.

Instead, he spent it at the pediatric oncology and hematology floor at Doernbecher Children's Hospital brightening a dark time in those kiddos' lives, even just for a moment, by gifting them a buddy they can cherish forever.

“I'm doing this, which is what I've been wanting,” Henry said. “I hope for them to receive the teddy bear and have a heartwarming feeling of joy and happiness. Even for the moment, it means a lot.”

He knows because it meant a lot to him; a nurse gifted him a teddy bear during his stay at Doernbecher last year when he was fighting cancer.

“I remember grabbing it, it's like wow, very heartwarming. And it gave me that joy,” he said.

Gifting that peace to other kids fighting and granting their wishes was his one true wish; not to get, but to give.

“I personally don't need anything," Henry said. "I have a beautiful family and the fact I'm here right now is kind of all I need.”

Make-A-Wish Oregon made Henry's wishful day of giving happen, first with a shopping spree at the Disney Store in Clackamas Town Center to load up with stuffed animals.

But, when Henry got to Doernbecher - before stocking up the toy room - a surprise was awaiting him.

A video message and framed certificate from Governor Kate Brown.

“Thank you for your selfless acts of courage, thank you for putting smiles on other kids' faces,” Governor Brown said in the video.

The governor dubbed him an "amazing Oregonian".

In reaction, Henry said: “Kate Brown did this? I am beyond like, wow. I have no words, honestly.”

On Friday, his battle with cancer came full circle. One year ago exactly, he got his tumor removed at that very hospital.

Now you've met Henry Hernandez: a survivor who feels blessed to bless others, all through the magic of a wish.

“Being here today is just such a blessing and I’m super thankful and I can't believe this day actually came to real life,” he said.