Clarence Kelly is a veteran of World War II. 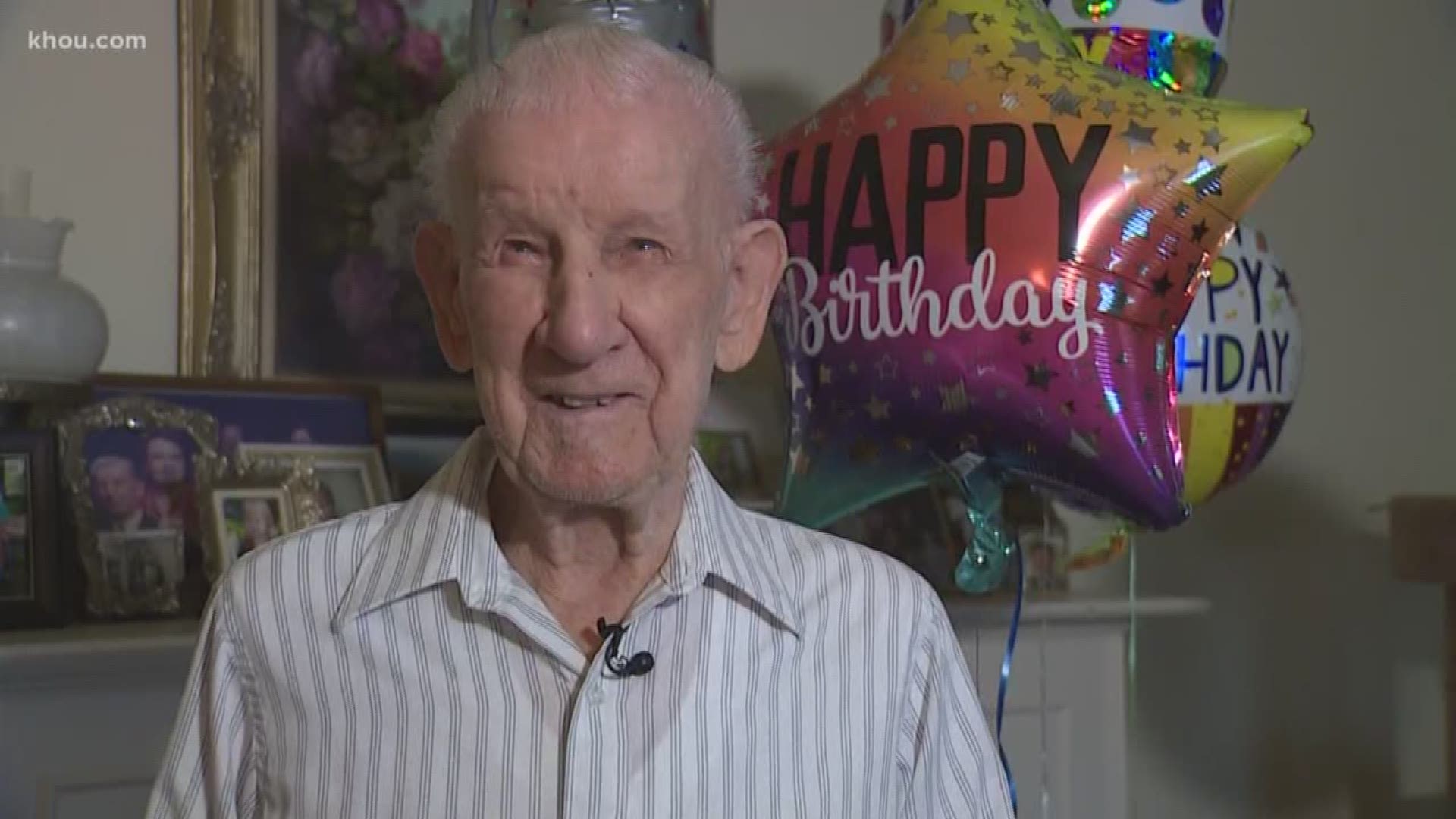 SPRING BRANCH, Texas — A Spring Branch neighborhood is saluting one of their own who is marking an amazing milestone.

At a block party Monday, a veteran who is turning 100 is being honored.

Clarence Kelly is a veteran of World War II. He has a clear memory and a good sense of humor. He always flies an American flag at his home.

Other than being hard of hearing and a trick knee, the centenarian is in remarkable shape.

In 1942, the native Houstonian and Stephen F. Austin High School graduate enlisted in the Army. He was 22 and became a Jeep driver for a medic group with the 6th Armored Division, where he landed on Utah Beach.

Last year his sons took him on a journey through Europe, retracing his and the division’s movements, including the Battle of the Bulge.

He said he was driving the Jeep one day when they hit a land mine. The officer next to him was badly hurt.

"I just got a few scratches (and a) bloody nose," he said.

He keeps mementos of his service in his war room.

"The Purple Heart, I guess (I received) when I hit the land mine," he said, showing off his medals.

And when people ask him how he has lived so long?

"Drink good liquor and stay away from wild women," he answers.

He was married to just one woman for 67 years and doesn’t drink, he says, but it’s a good line.

RELATED: 'We didn't talk about it at all, until after the war': Houston WWII veteran recalls secret mission

RELATED: Here are the Veterans Day deals in Houston