Finally, a forever home: The 300-plus dogs saved from an 'unsafe' breeder are being adopted today

Nearly 340 lucky lottery winners have 15 minutes to select their pet at All People's Life Center. 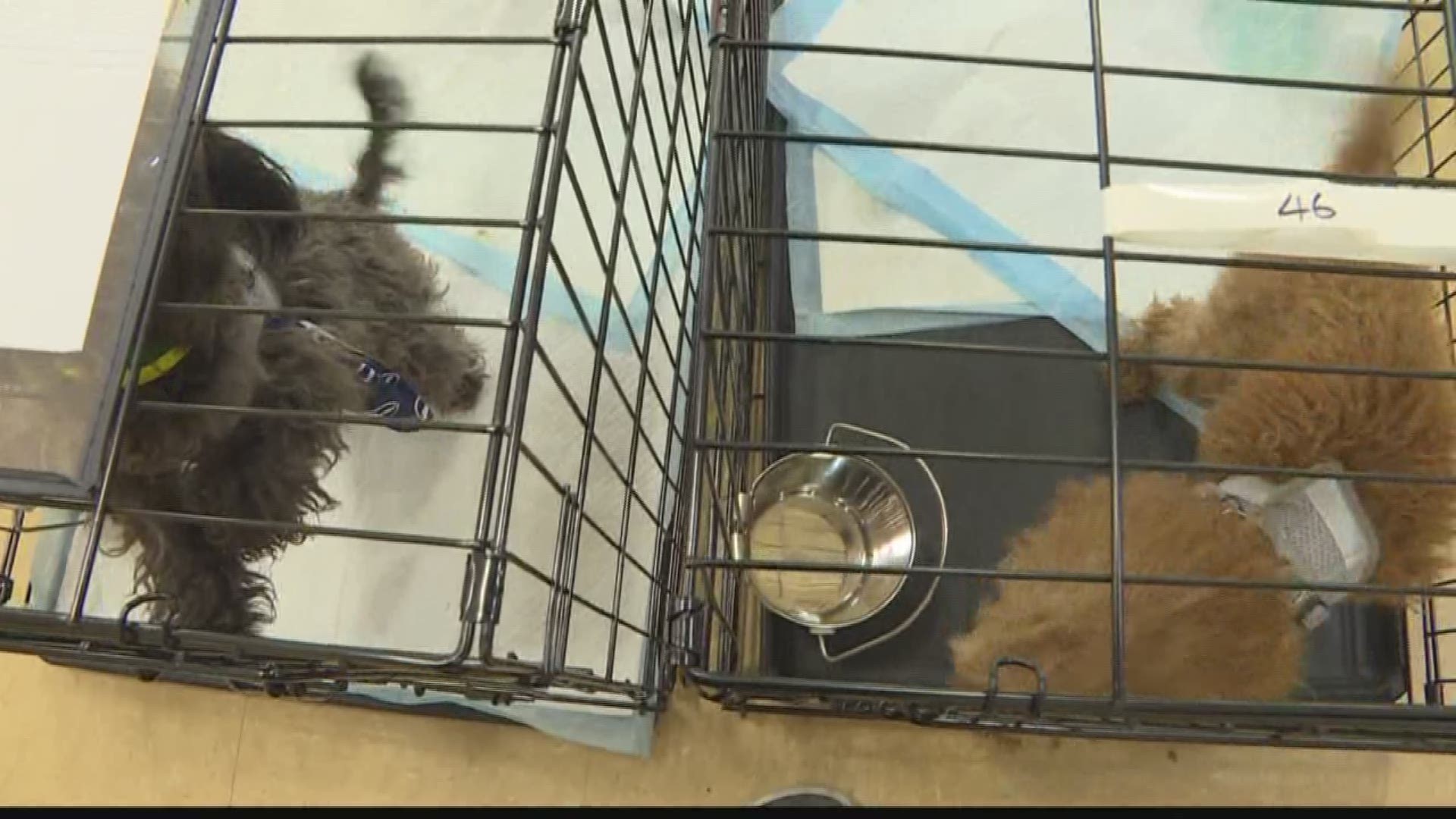 TAMPA, Fla. — The Hillsborough County Pet Resource Center is hosting an adoption event for the 340 dogs seized from an unsafe breeder.

Around 1,300 people applied, and 340 names were chosen at random through a lottery system.

Bettina Kaufmann couldn't believe her luck when she was chosen.

“And all of a sudden they mentioned my name, they called my name. I went hysterical. Nobody knew what had happened," Kaufmann said. "Everybody was like, is she okay? What’s going on?

"And the person I was with had to tell them they just called her name for the lottery."

Winners were let into the All People's Life Center gym in the order their name was drawn in groups of 15. Then, once inside, the future pet owners were given only 15 minutes to find their pup.

RELATED: 300 dogs given to shelter after court battle with 'unsafe' breeder

Each dog that’s adopted is going home with a goody bag. It includes everything that the family will need to make the transition as seamless as possible.

“This is why we are trying to have a packet to go home with them. Stuff they’ve had in their cages. Stuff that has their scent on it. So that when they go home, it’s not totally foreign," said Scott Trebatoski, the director of the Hillsborough County Pet Resource Center. "Let them play with that for a little while, then transition to something else.”

Kaufmann knew she wanted an older dog. And when she found "Boo," it was puppy love at first sight.

“If she never knew what love is, she’s going to know what it is now," she said.