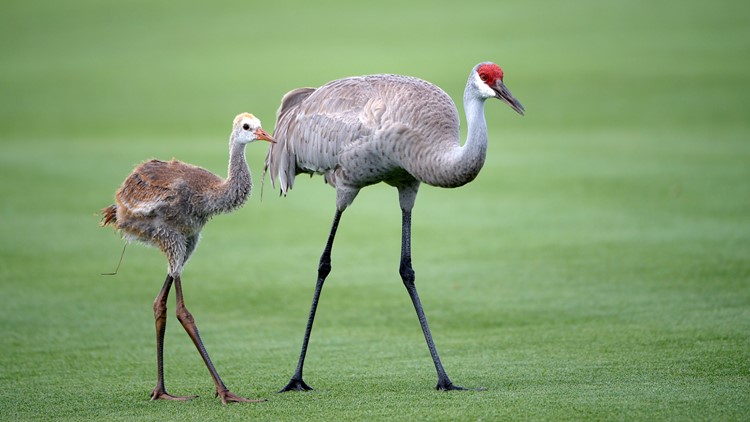 Photo by: AP
A sandhill crane and its chick walk across the ninth fairway during a pro-am of the Arnold Palmer Invitational golf tournament in Orlando, Fla., Wednesday, March 16, 2016. (AP Photo/Phelan M. Ebenhack)

MONTGOMERY, Ala. (AP) — Alabama has set its first hunting season for sandhill cranes in more than a century.

The state wildlife agency says a limited number of hunters will be allowed to kill the migratory birds over two periods beginning Dec. 3.

The state says it last allowed sandhill crane hunting in 1916. It says the species has made enough of a comeback in recent decades to allow hunters to go after them.

Kentucky and Tennessee are the only other states east of the Mississippi River to allow hunting of the animals. More than a dozen Western states have crane seasons.

The department says it will allow 400 permits for sandhill crane hunters over the season.

Sandhill cranes are protected in Florida under the U.S. Migratory Bird Treaty Act and as a state-designated threatened species, according to the Florida Fish and Wildlife Commission.