Gator mating season is upon us: Here's what you need to know

The Florida Fish and Wildlife Commission says gator courtship begins in early April, while mating is in May and June. 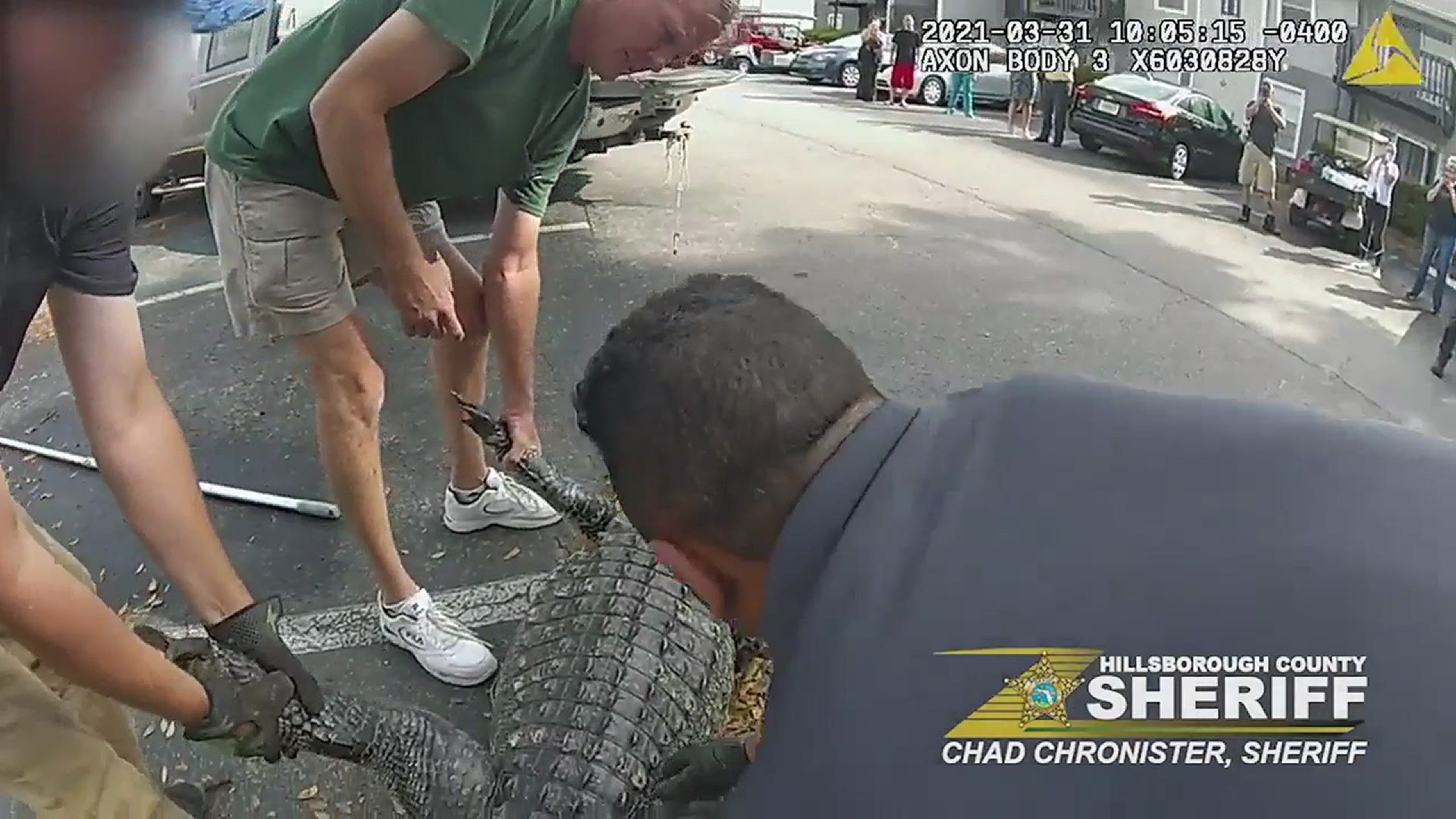 ST. PETERSBURG, Fla. — Gator mating season is upon us-- which means if you see a gator out and about, you'll likely want to leave it alone!

The Florida Fish and Wildlife Conservation Commission says gator courtship begins now, in early April. Then, mating occurs in May or June.

FWC says nearly all gators become sexually mature when they reach about seven feet in length. Although for females, that can happen at six feet.

For females, it can take 10-15 years and for males it takes 8-12 years to reach these lengths.

After mating, females will build a mound nest made out of soil, vegetation, or debris and then deposit her eggs.

On average a female will deposit 32-46 eggs in late June or early July.

Incubation for those eggs can take approximately 63-68 days. Hatching then occurs from mid-August through early September.

Alligators do become more aggressive during mating season. But, don't worry, deadly alligator attacks on humans remain rare. According to FWC, the likelihood of a Floridian being seriously injured during an unprovoked alligator incident in Florida is roughly only 1 in 3.2 million.

So, what should you do if you come across an alligator while you're out and about in Florida?

FWC says people should never feed alligators and keep their distance if they see one. People can also stay safe by only swimming in designated swimming areas and keeping pets away from the water and on a leash at all times when they're out.

If the alligator is spotted somewhere it probably shouldn't be, you can call FWC's Nuisance Alligator Hotline.

FWC says an alligator can be considered a nuisance if it is at least four feet in length and the person calling it into the toll-free Nuisance Alligator Hotline thinks it could be a threat to people, pets or property. When people call the hotline and are concerned about an alligator, FWC says it will send out one of its nuisance alligator trappers to handle the situation.