Noel is healthy and will soon be introduced to the other giraffes, 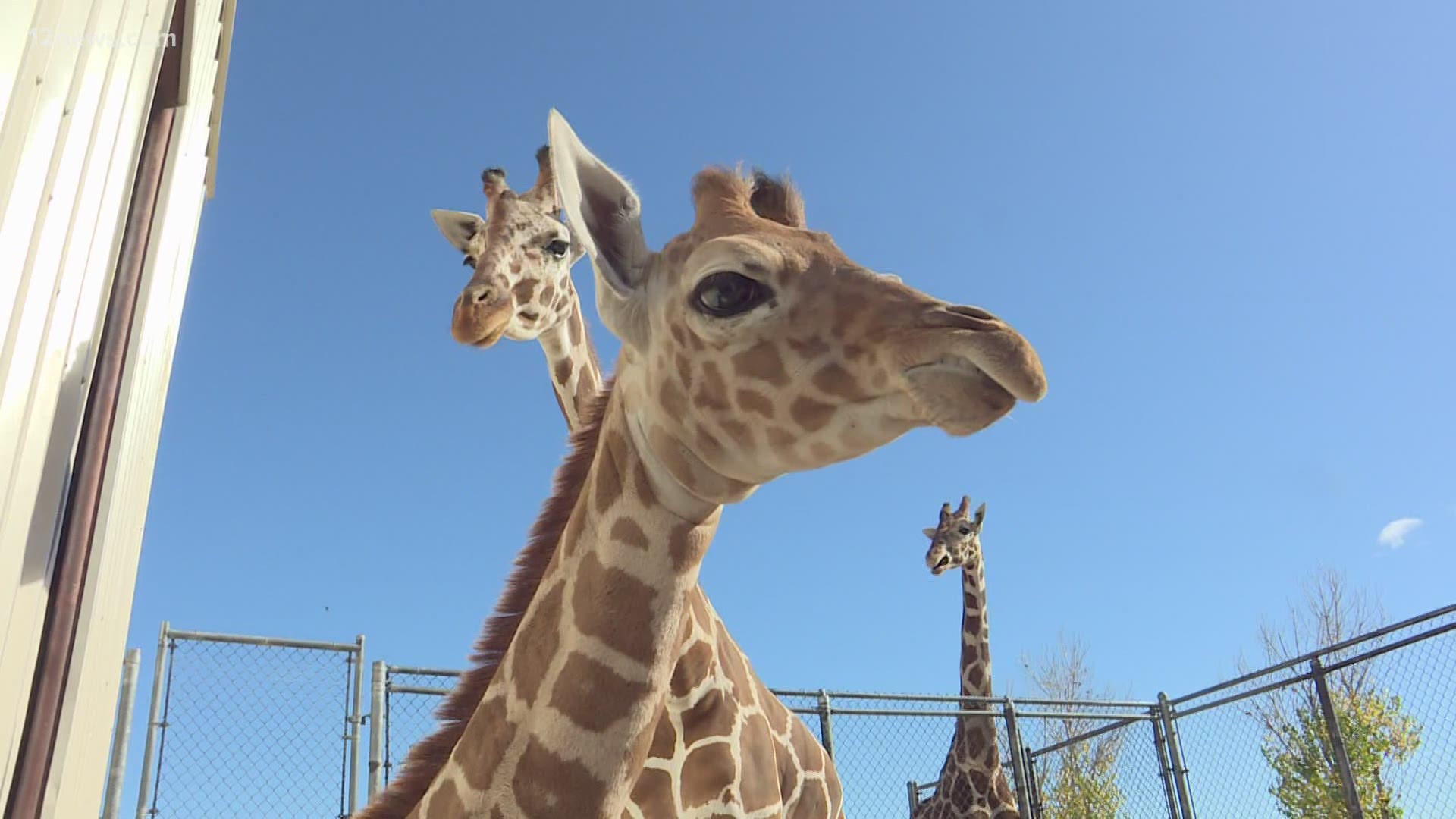 A West Valley zoo is welcoming the arrival of a baby giraffe, the thirteenth born there in the past two decades.

The giraffe, born just before Christmas, was aptly named Noel.  She stands at around six feet tall and is in good health.

Noel’s birth is a cause for celebrations at the zoo.  Many scientists believe giraffes are heading towards extinction.  According to the National Resource Defense Council, giraffes have faced a 40% decline in population over the past 30 years.

“They’re dealing with a lot of persecution out there in the wild,” Explained Morcom.  “You’re going to find them in Africa, and they suffer from habitat loss, poaching, habitat fragmentation, and they’re just having a hard time out there.  So, it’s a big deal- not only for us at Wildlife World [Zoo], but for the world of conservation- to have another baby giraffe born.”

Before Noel can be seen by the public at Wildlife World Zoo, she must be introduced to the other giraffes at the zoo.  Mother and daughter will be introduced slowly to the herd before they are able to be released into the park.

“Fortunately, we have two separate giraffe pastures here at Wildlife World [Zoo], so it’s easy for us to shift the giraffes to make sure we don’t have to rush the introduction and that it’s done at the rate of DeeDee and Noel,” Morcom explained.

The zoo expects baby Noel to make her public debut in a matter of weeks.