Bald eagle in Ohio waits for three eggs to hatch

The parent eagles are known as Stars and Stripes. 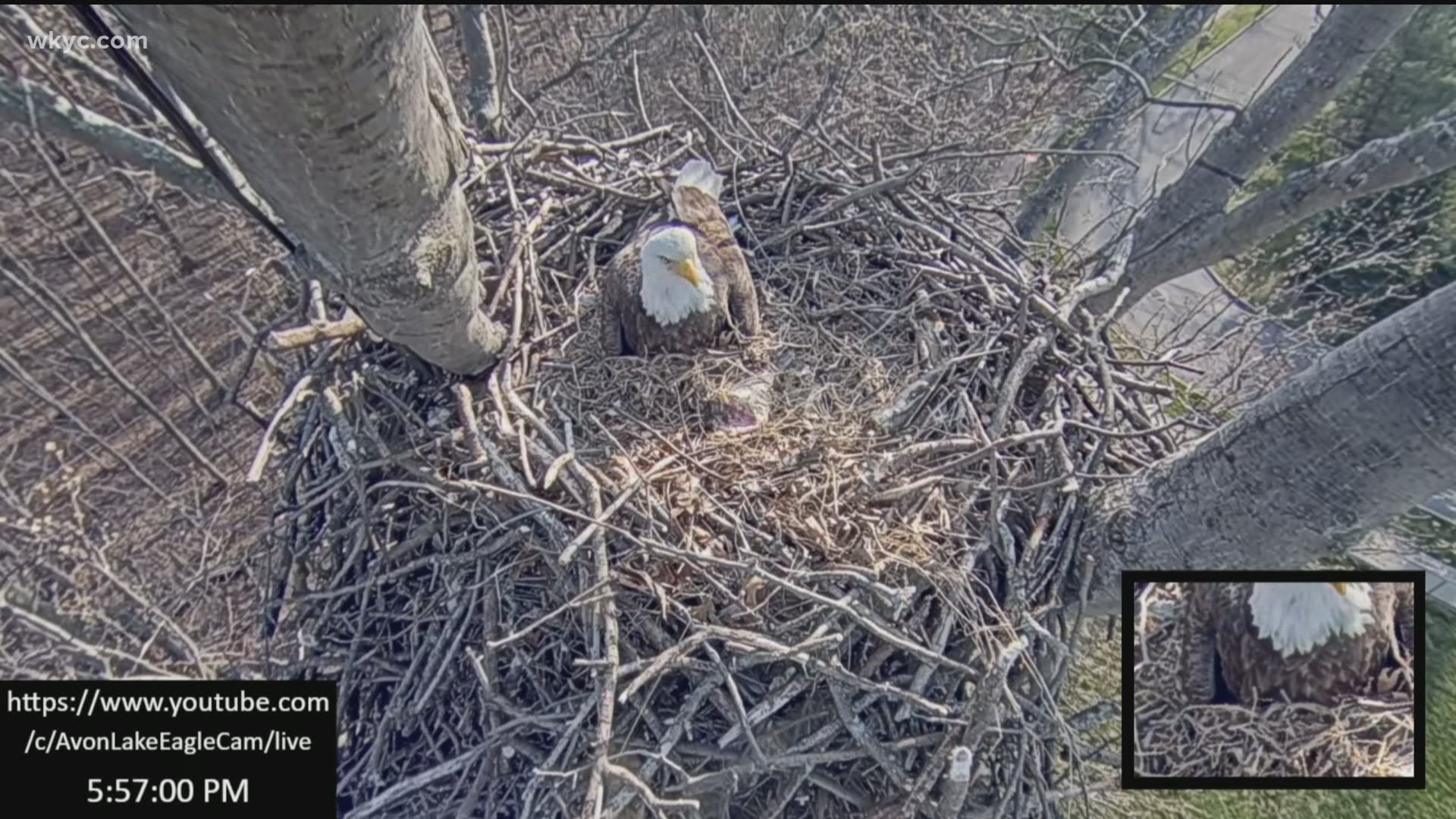 AVON LAKE, Ohio — Editor's note: Video at the top of this story was originally published on April 6, 2021.

It's official! All three eagle eggs have hatched in the Avon Lake nest outside of Redwood Elementary School in Avon Lake. Officials say the third eaglet arrived at 6:23 a.m. Thursday. The second egg hatched shortly before 7 a.m. Monday, April 5.

Experts say eagle eggs take approximately 35 days to hatch. The first of these three eggs was spotted back in late February.

The parent eagles, who are known as Stars and Stripes, are the focus of a 24/7 live stream. You can take a live peek inside their nest in the player below:

Last year, several eaglets hatched in the Avon Lake nest – the most recent hatching last April. We can't wait for the new egg to hatch!