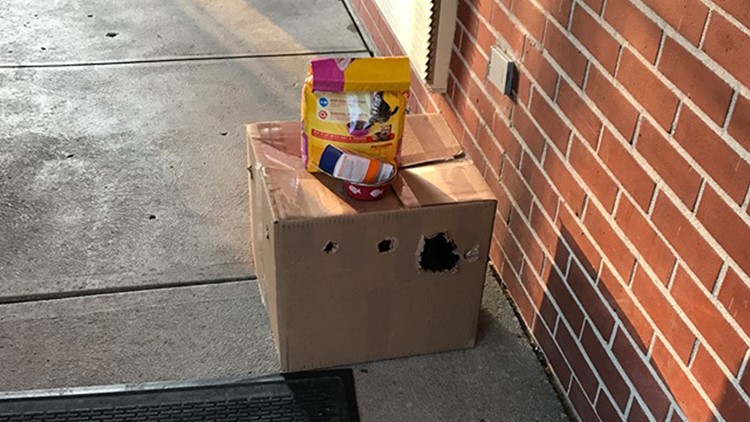 SIDNEY, Ohio — There's a right way to drop an animal off at an animal shelter.  This is not it.

The Shelby County Animal Shelter in Sidney, Ohio, posted a photo on Facebook showing a box that someone had left outside its door.

The box had food, dishes and dewormer stacked on top of it, and it had air holes cut into it.

What it didn't have was the cat that was apparently supposed to be inside of it.

"The cat inside was so terrified it clawed through one of the holes so it could escape," the shelter said.

The cat has not been located.

"It is now in a new environment with no source of food and an abundance of dangers that it may have not faced before. We also have no idea if this cat was spayed or neutered which adds to the problem if it was not," the shelter said.

The shelter said people should call them during business hours to talk about dropping off animals.

“Abandoning an animal is not a solution,” the post said.