The cold snap bringing freezing temperatures even snow to parts of Florida is impacting marine animals too. 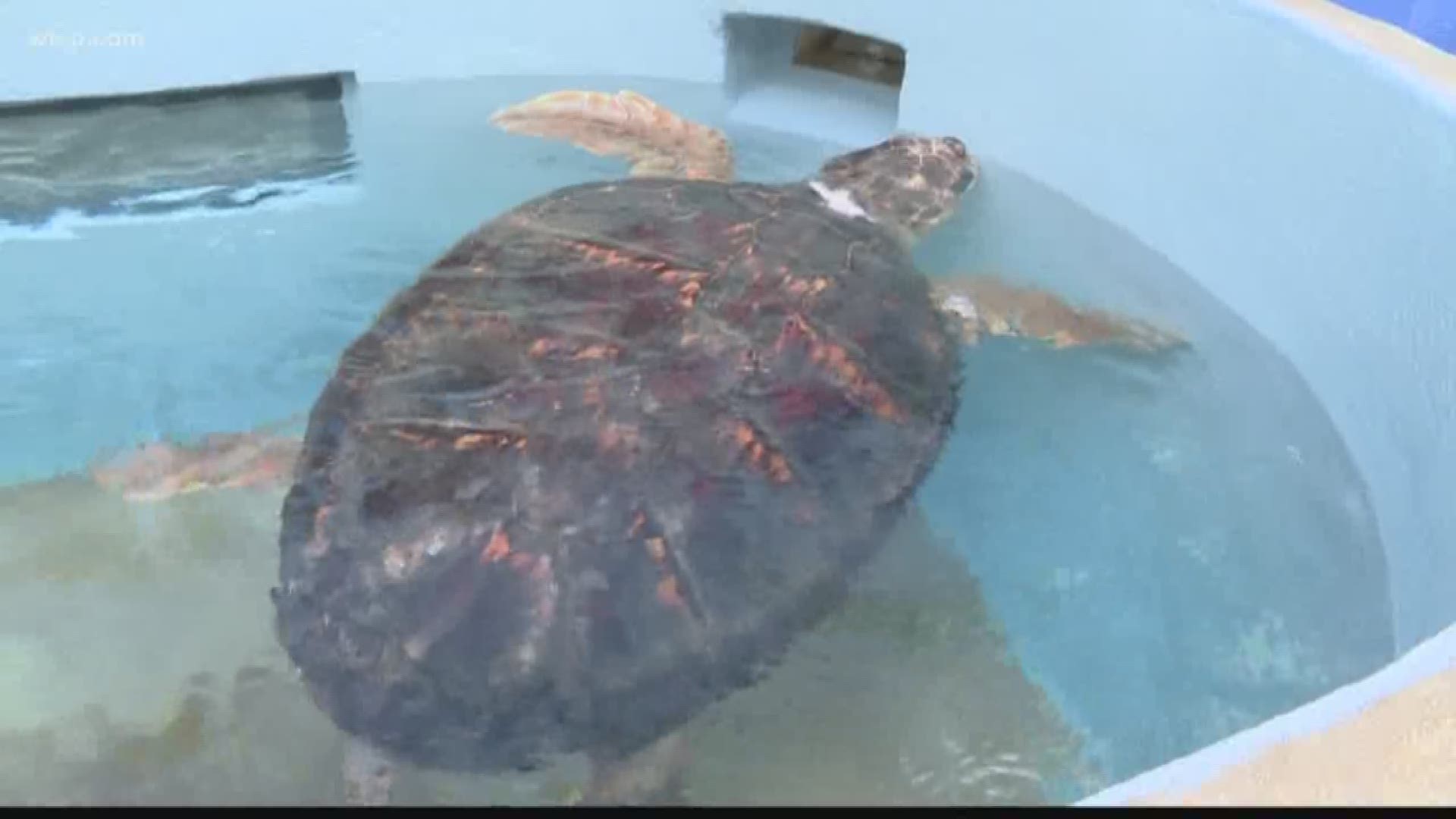 SARASOTA, Fla. -- The cold snap bringing freezing temperatures, even snow, to parts of Florida is impacting marine animals too.

The Florida Fish and Wildlife Conservation Commission sent out a warning to watch out for sea turtles floating in the water or washing up on shore in distress, and for manatees looking for a warmer spot.

About 100 sea turtles stunned by the cold have been rescued from Northwest Florida.

Mote Marine Laboratory hasn’t seen Florida sea turtles yet but is ready for them.

But since early December they’ve been rehabilitating 10 Kemp’s Ridley sea turtles from the New England Aquarium. They were rescued from Cape Cod after the turtles got caught in cold weather.

All the turtles have numbers on their backs. One turtle’s ID number is 104, but Mote Marine scientists call him Doodles.

He arrived with his eyes shut.

“We thought he was going to be blind and not releasable,” said Lynne Byrd, rehabilitation and medical coordinator for Mote Marine Lab. But one month after rehabilitating at Mote, Byrd is happy with his recovery.

“We‘re thrilled he can track his food. He's got two good eyes and will be released back into the wild.”

“Just like people, you get hypothermic," she said. "These animals are reptiles; they’re dependent on their environment. When the water starts getting colder, they can’t compensate. They get slower and slower.”

When turtles are cold and stunned, scientists say they go into survival mode and their bodies shut down. Even scientists can’t easily tell if they are still alive. They need an ultrasound machine to find a heartbeat.

“They don’t even breathe, just once every half hour to an hour," Byrd said. "Just because you don’t see any signs of life don’t think they are dead,” said Byrd.

If you do see a sea turtle in distress, Byrd suggests moving it if possible.

“If you can safely move them out of harm’s way, if it's floating in the water, move it up to the beach and report it to FWC or your local stranding network,” said Bryd.

Byrd worries if this cold weather lingers we may see another year like 2010, when 5,000 of the animals in Florida were stunned.

Mote is on standby to take turtles and manatees stressed out by the cold. The smaller turtles would be affected first.

“If this prolongs ... you’re going to start seeing loggerheads and bigger animals (being affected),” said Byrd.

Larger animals such as manatees will show signs of cold stress. They tend to stay warm in canals, inlets and near power plants.

“If you are a boater, try to stay out of their way (and) don’t disrupt their normal behavior,” said Byrd.

The Kemp’s Ridleys sea turtles rehabilitating at Mote will be released off Florida’s east coast in about a month once the weather warms up. 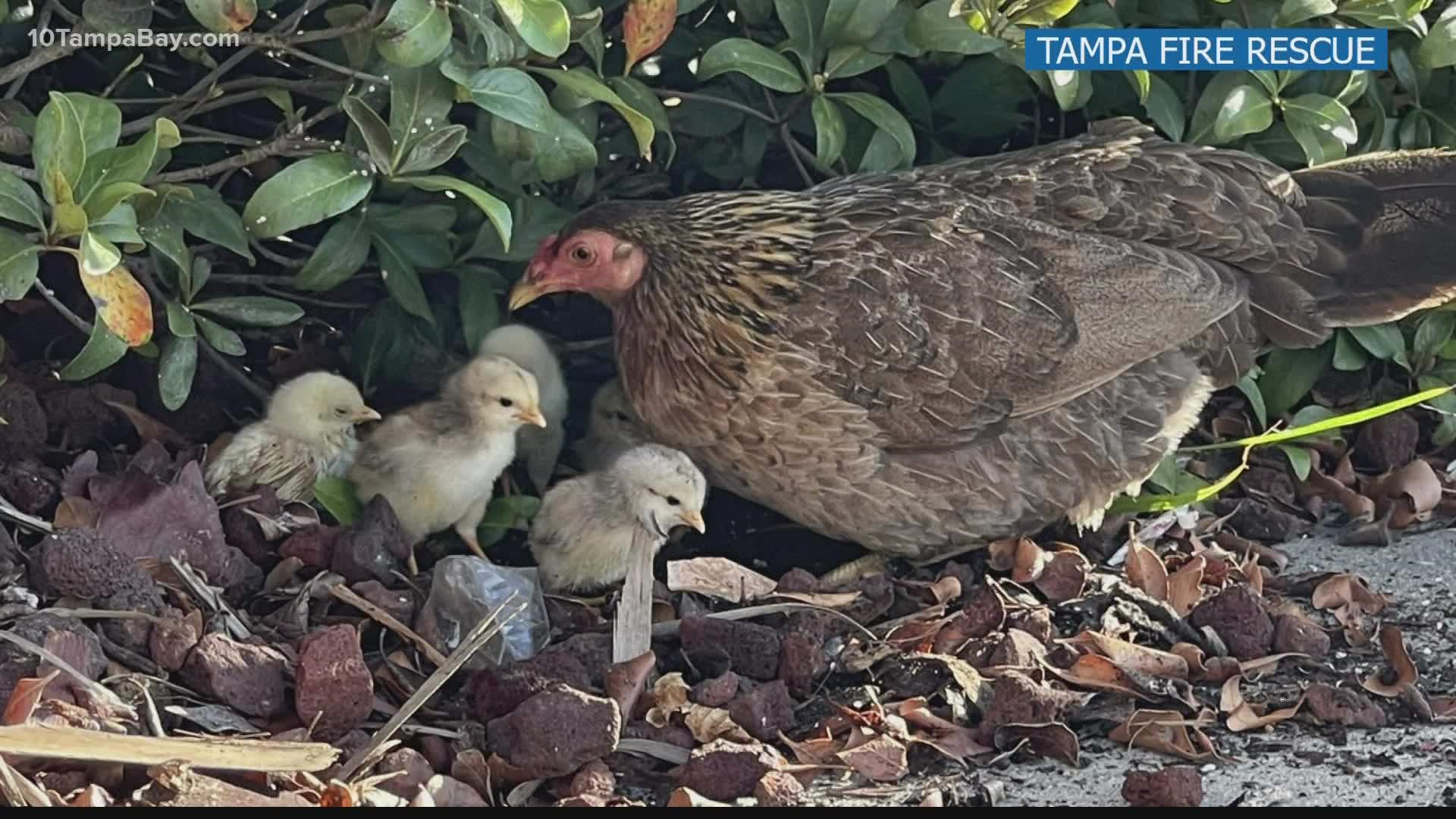