The animal is a clone of one which died over 30 years ago, and is the first successful clone of an endangered species native to the United States. 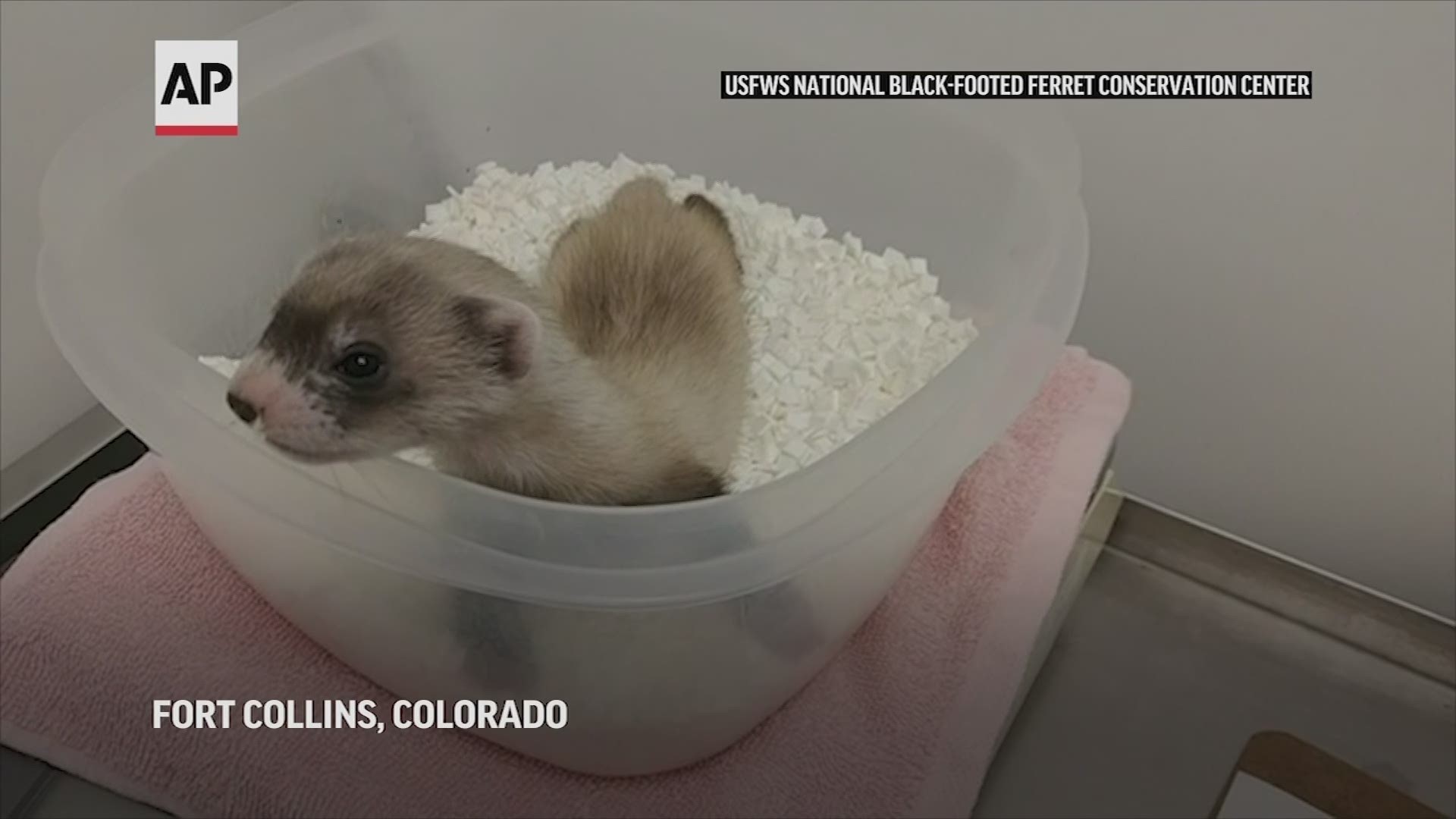 Scientists have announced that an endangered animal has been cloned using cells preserved from a wild animal which died over 30 years ago.

The successfully cloned black-footed ferret, called Elizabeth Ann, is an extraordinary milestone for conservation efforts in this continent as the endangered species is the only native ferret to North America.

As National Geographic reported, black-footed ferrets were once prevalent in the American West, but the species diminished as ranchers and farmers fought to rid their lands of nuisance-causing prairie dogs, the species' major prey.

Elizabeth Ann is the first successful clone of any endangered species which is native to the United States, CBS notes.

Thursday the U.S. Fish and Wildlife service shared images of the cloned ferret on Twitter, noting that the species is one of North America's rarest land mammals and is native to the American's Great Plains.

According to the agency, Elizabeth Ann was cloned from another black-footed ferret called Willa, which was among the last of the wild species of the ferret found in the wild in 1981. At the time, Willa was placed in a captive breeding program to try and rescue the dwindling species.

Noreen Walsh, director of the U.S. Fish and Wildlife Service's Mountain-Prairie Region said, "Although this research is preliminary, it is the first cloning of a native endangered species in North America, and it provides a promising tool for continued efforts to conserve the black-footed ferret." The successful work by researchers also seems to signal promising news for the conservation of other endangered species.

While Willa had no descendants which were alive, the Fish and Wildlife Service said that her genes, along with samples of tissue, were able to be preserved in 1988 at the San Diego Zoo Global's Frozen Zoo.

Shawn Walker, who is a chief scientific officer with ViaGen Pets and Equine, a private company which clones pets, said, “We're pretty excited—more along the lines of ecstatic.” As National Geographic reported, ViaGen led the project working with the Fish and Wildlife Service, the San Diego Zoo, and Revive and Restore, which is a biotech conservation organization.