The FWC is monitoring the manatee's health until crews are able to get out and rescue her. 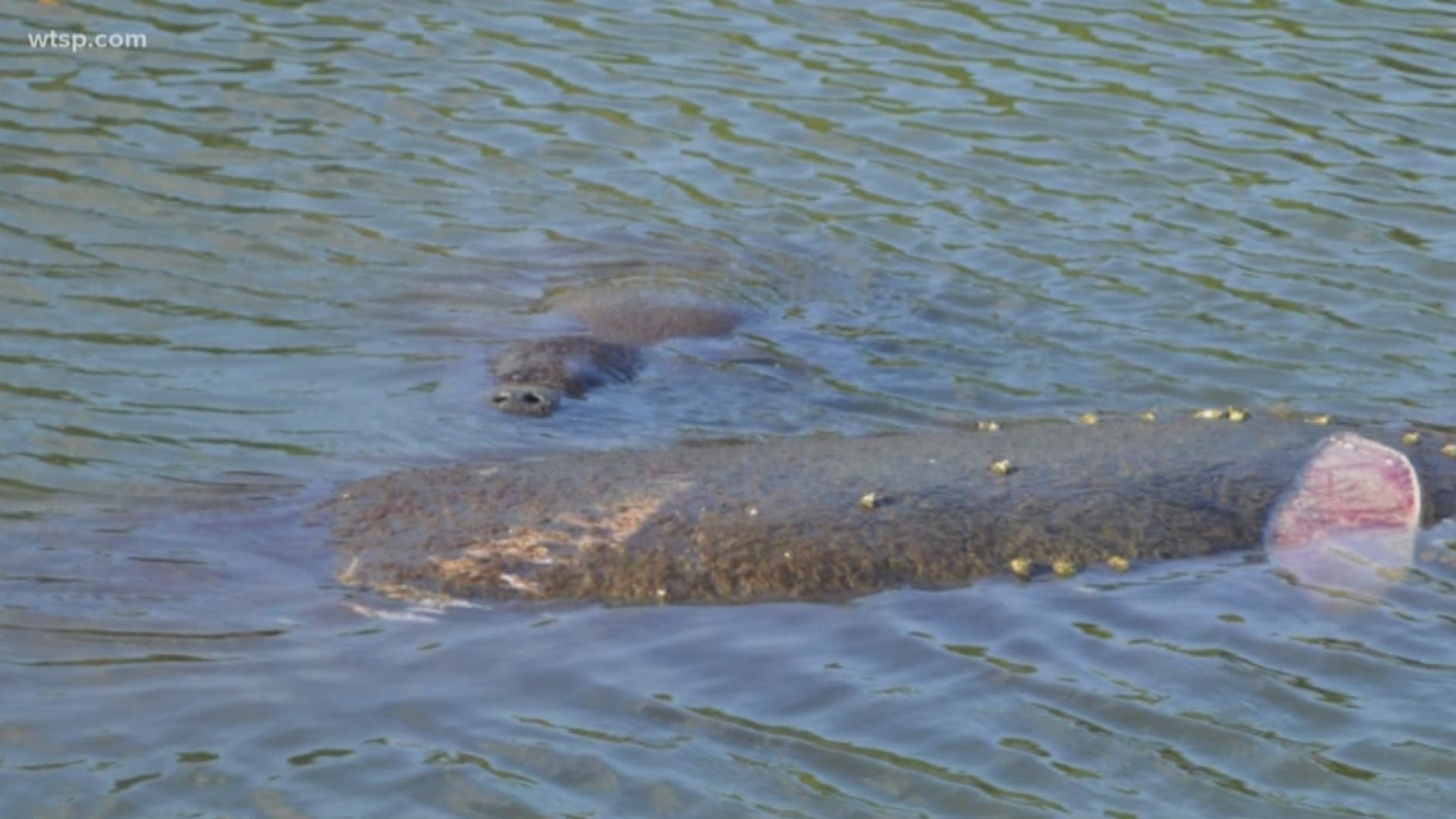 TREASURE ISLAND, Fla — A family that lives on the Intracoastal Waterway spotted a group of manatees in their canal, but quickly noticed something was wrong.

"There was one closer to the shoreline in the shallow area that was stationary which is pretty unusual for manatees. She had a large gaping wound that went straight down her back and all the way to her belly," Emily Hughart said.

The family called Florida Fish and Wildlife right away hoping to get the wounded mom and her calf some help. They came out to monitor her health.

"I know they were watching to see how long it took in between when she came up for a breath. They wanted to make sure that she could go under the water rather than just staying to the surface," Hughart said.

She said it looks like the manatee was cut by a propeller. While the wound wasn't as deep as they initially thought, they were still concerned.

"When you see a mother and her baby in distress and the baby is young enough where it is trying to nurse off the mother, it's hard. I just started to cry. It just hurts you inside to see an animal like that hurting," Sarah Hughart said.

While FWC monitors the manatee's health, the Hughart's just hope she makes it through.

"My main concern now is infection and making sure that she gets antibiotics. I don't know how long she'll be in stable condition," Hughart said.

The manatee stayed in that area throughout the evening. The FWC is expected to send crews out Monday morning to take her out of the water for treatment if needed.

RELATED: Nearly 90 manatees killed by boats and other vessels this year in Florida