This massive python caught in the Everglades region weighed in at 120 pounds! 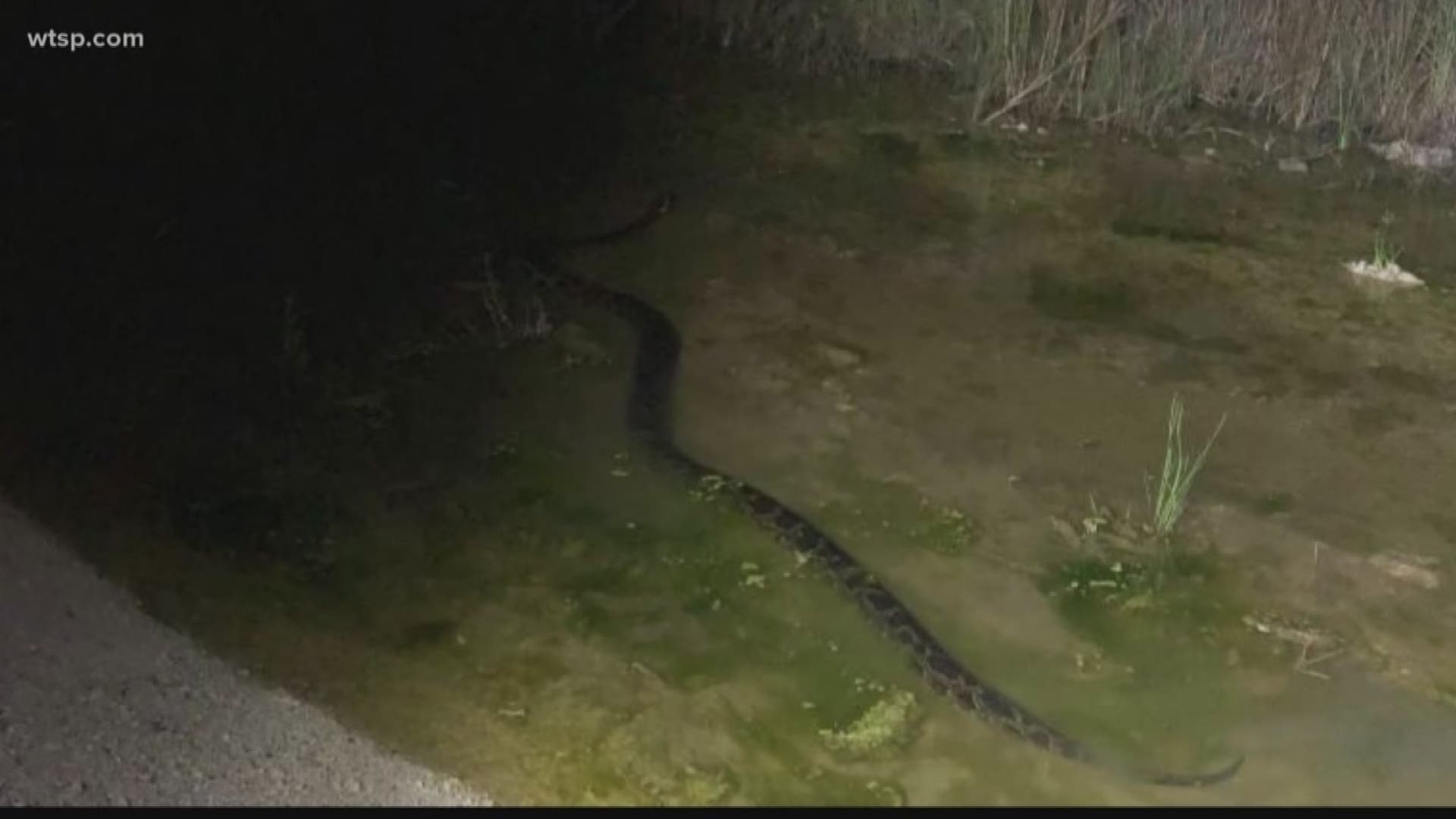 Clocking in at 17 feet, 5 inches long and weighing 120 pounds, the recent capture of a female Burmese python is one for the record books, according to the South Florida Water Management District. Kyle Penniston of Homestead, Florida, hunted the animal late Monday in Miami-Dade County.

It's the third invasive snake greater than 17 feet caught as part of the district's Python Elimination Program since it started in March 2017.

There have been a total 1,859 pythons caught so far, and officials are pleased about closing in on the milestone 2,000th reptile.

"Just six months after eliminating the first 1,000 pythons from District lands, this program is about to double that total because of a true team effort," said SFWMD scientist Mike Kirkland, project manager for the Python Elimination Program, in the release.

"With the Governing Board's unwavering support, District staff and a dedicated group of hunters are working to help control this invasive species and protect native wildlife."

Wildlife officials say the invasive python has no natural predator in the Everglades, making it a significant threat to the ecosystem.