How to keep your dog safe from deadly blue-green algae

After several dogs died over the weekend, we looked into ways to keep your dog safe from the reported blue-green algae outbreak. 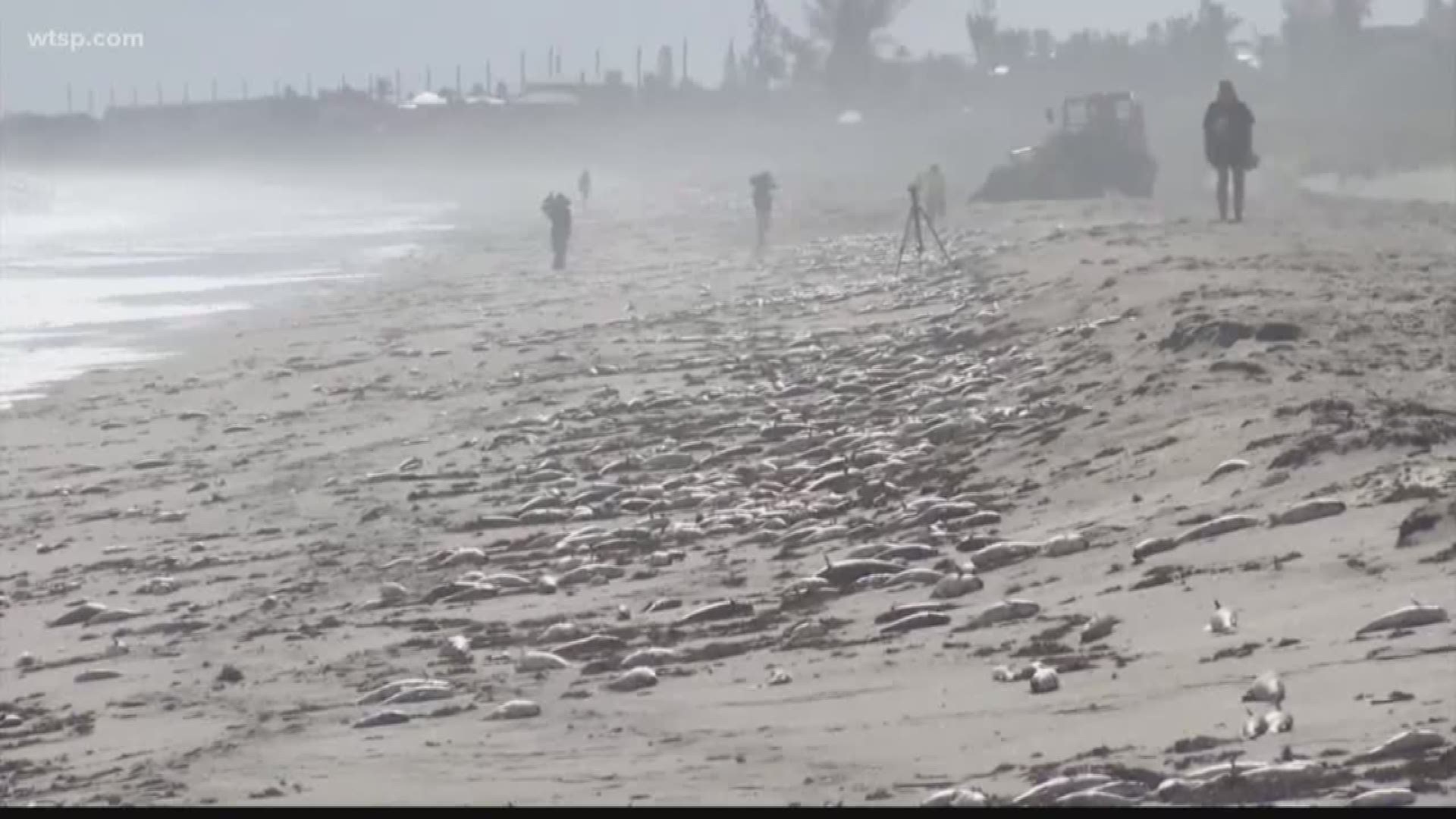 TAMPA, Fla. — It was a sad weekend for a few dog owners as they thought they were just bringing their dog for a fun day at the lake. Within a few hours, four dogs in two different southern states died due to a common toxin in Florida known as blue-green algae.

In Georgia, a border collie named Arya died in less than an hour after being brought to a lake. While the pup loved playing in the water, her owners didn't realize it would be her last time as she started vomiting and was brain dead by the time they reached the emergency room.

The vet said it was "most likely" caused from a lake toxin like blue-green algae.

MORE: Dog dies less than an hour after visiting lake. Vet says it was 'most likely' toxic algae

In North Carolina, a pet parent is also warning others after her three dogs died within three hours of exposure to a lake. The dogs began seizing when she started giving them a bath and she rushed them to an emergency vet.

The vet later told it was cyanobacteria, or blue-green algae, which caused it.

Dr. Jim Hughes with Vetria Animal Hospital told 10News that while he hasn't seen anything like a bad reaction to blue-green algae here in Tampa Bay, he said the symptoms are similar to the poison type of exposure in dogs and cats.

"Usually, in fact, we treat them with just a general approach -- we treat them for the possibility of neurotoxins and skin irritations," Hughes said. "The kind of blooms we're having are two-fold -- they're from excessive rain and the runoff from phosphates from fertilizers."

The Florida Department of Environmental Protection warns the spread of blue-green algae could get worse over the summer months after polluted Midwest floodwaters have fed an outbreak. It is spreading as water from the Mississippi River pours into the Gulf of Mexico.

To check to see what the blue-green algal bloom conditions are like in Florida, the state’s Department of Environmental Protection tests the water each week.

Click or tap here to see an interactive map of what conditions are like in your area.

RELATED: Here's how to check blue-green algae conditions in your area

Hughes said the clinical symptoms can be different for different animals.

He said one of the toxins from blue-green algae can produce tremors, while others can irritate the skin and create a chemical-like burn.

He said he first treats them for the possibility of neurotoxins and skin irritations.

If your animal comes into contact with what is believed to be blue-green algae, he recommends rinsing them off thoroughly within an hour of exposure to "abate most of the symptoms."

He also recommends using a mild shampoo such as baby shampoo within an hour of exposure while rinsing.

"You need to give them something to absorb some of the toxins. I recommend using a small amount of milk to stop the nausea," Hughes said.

He said instead of inducing vomiting, he prefers giving the animal a "protein absorbent," such as a half cup of milk diluted with some water. If an animal comes into his office to be treated, he said he would treat it with a charcoal absorbent.

After treating the animal, Hughes recommends contacting the Southwest Water Management System, otherwise known as 'Swift Mud,' to report the potential hazard to have them test the water.

He said while there are ways to treat blue-green algae effects, he said the best approach is being preventative and careful.

"Unfortunately, there's no real prevention against these bacterial toxins," he said. "If the water is green, don't let [the animals] go in. A good reference is if you can't see the bottom, don't go in the water."

He adds that it's typically not difficult to spot the algal blooms.

"People tend to think they're benign, but they're pretty nasty," he said.