It took the homeowners more than three days to get the reptile out of their toilet bowl. 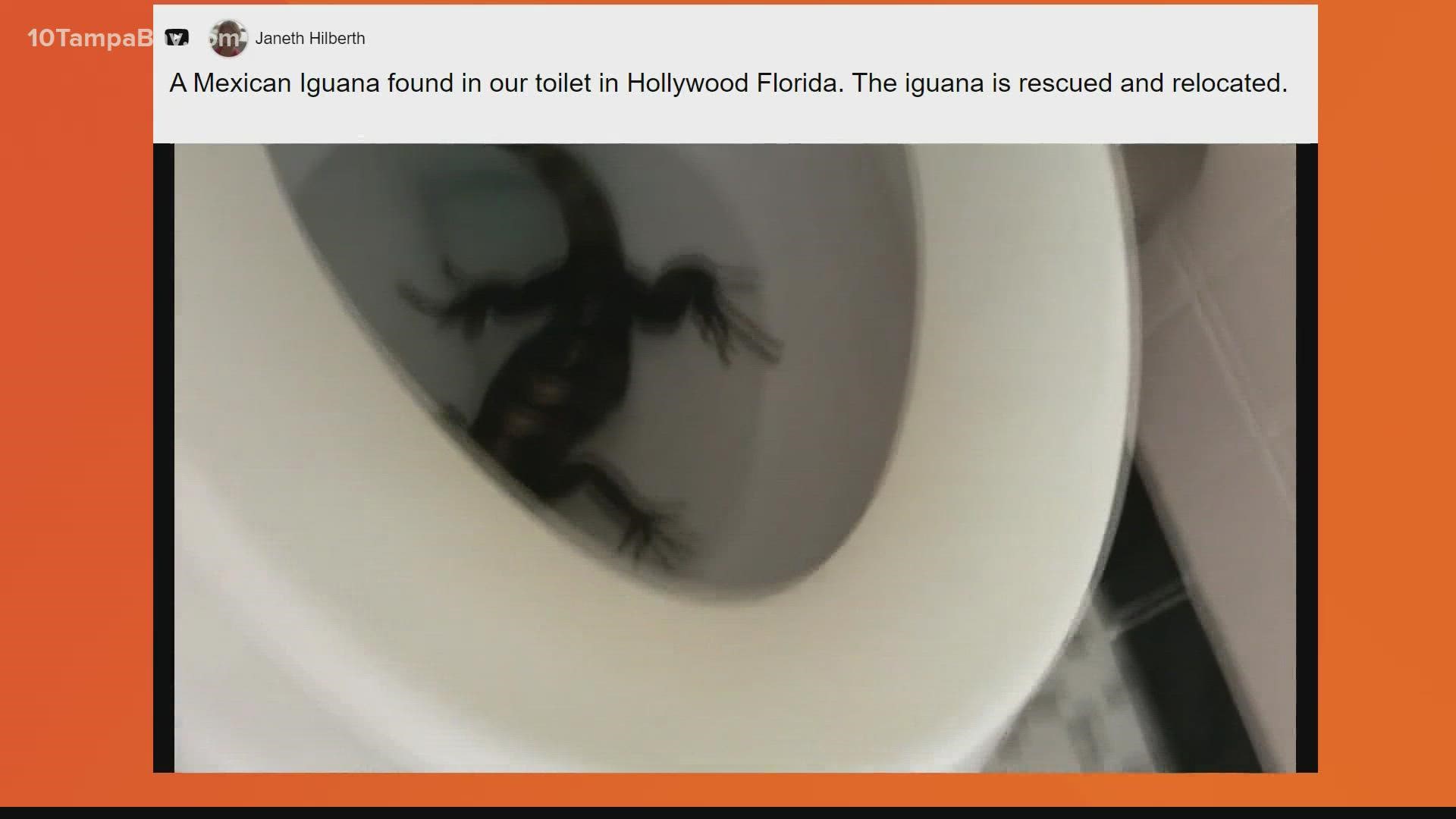 HOLLYWOOD, Fla. — Snakes aren't the only reptiles you should check for in your toilet before sitting down — look out for thrashing iguanas, too.

Kurt Hilberth of Hollywood, Florida, was shocked on July 24 when he was greeted by an iguana that found its way into his toilet. It learned that the creature crawled in through the sewage vent stack on the roof.

“It was so big that it was not submerged completely in the water. And it’s got that tail that whips back and forth,” Kurt told CBS Miami.

He noticed the spinytail iguana was there as he was brushing his teeth, catching it from the corner of his eye.

Hilberth then made the decision to get suited up in some protective gear and try to remove the large lizard himself. The capture was unsuccessful, with the iguana swimming back down into the toilet.

There was a second attempt to catch the unwanted guest three days later, CBS Miami reported. He was able to grab its tail this time around, but it broke off from the iguana putting up a fight and escaping down the toilet hole once again.

After finally surrendering, the family called a trapper who was able to successfully remove the intruder.

Experts with the Florida Fish and Wildlife Conservation Commission say that Florida's subtropical climate is the reason for the massive presence and reproduction of iguanas in the state.

"Iguanas can be a nuisance to homeowners by damaging landscape plants or gardens, leaving droppings in yards and pools, or causing property damage by digging burrows," FWC said.

The capturing of all species of the iguana is allowed, the FWC says, and they can be captured or killed on private property without a permit at any time with landowner permission — as long as it is in a humane manner.

Relocating or introducing nonnative species in Florida is deemed illegal.