Not all good boys wear capes. 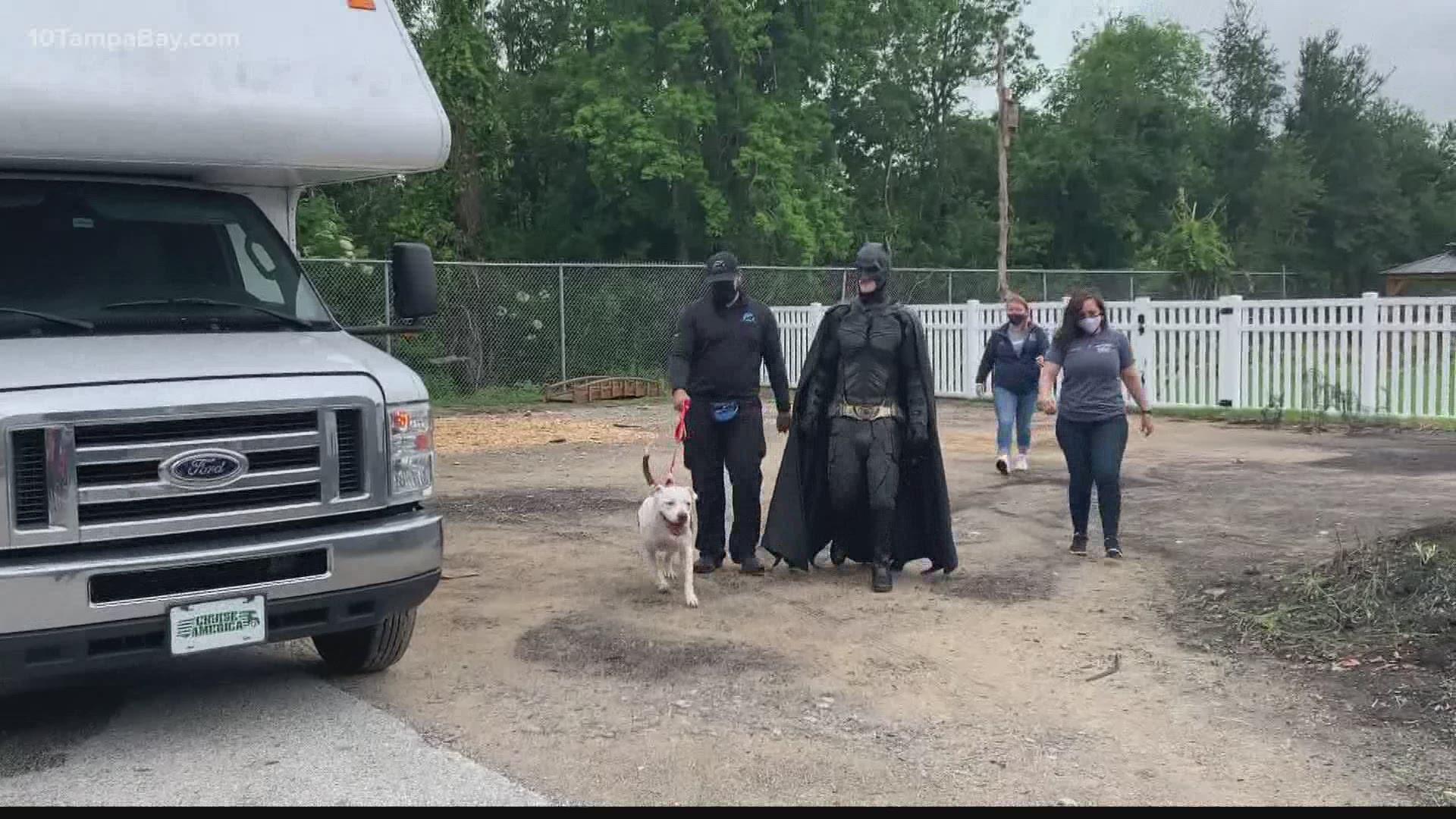 He was the good boy one dog owner deserved and needed.

After being found as a stray months ago by a Hillsborough County animal shelter, one dog is finally getting the chance to reunite with its owner thanks to the Dark Knight -- sort of.

The Pet Resource Center said when it found Monsieur it noticed the dog had a microchip. Eventually, the owner was tracked down, but the only problem was she no longer lived in Florida.

The owner told the shelter she could not travel down from her new home in North Carolina. So, the shelter turned to the one person it knew would come to the dog's rescue-- Batman.

The Dark Knight, real name Chris Van Dorn, showed up at the resource center Monday morning so Monsieur could hitch a ride on his batmobile and be reunited with its owner.

Dorn is the founder of the Orlando-based nonprofit group Batman 4 Paws which specializes in pet transports. Whenever a pet is in need of a forever home, Dorn answers the call as Batman.

Monsieur is expected to be reunited with its owner on Monday.