The horse failed a drug test following the Kentucky Derby, calling his win into question. 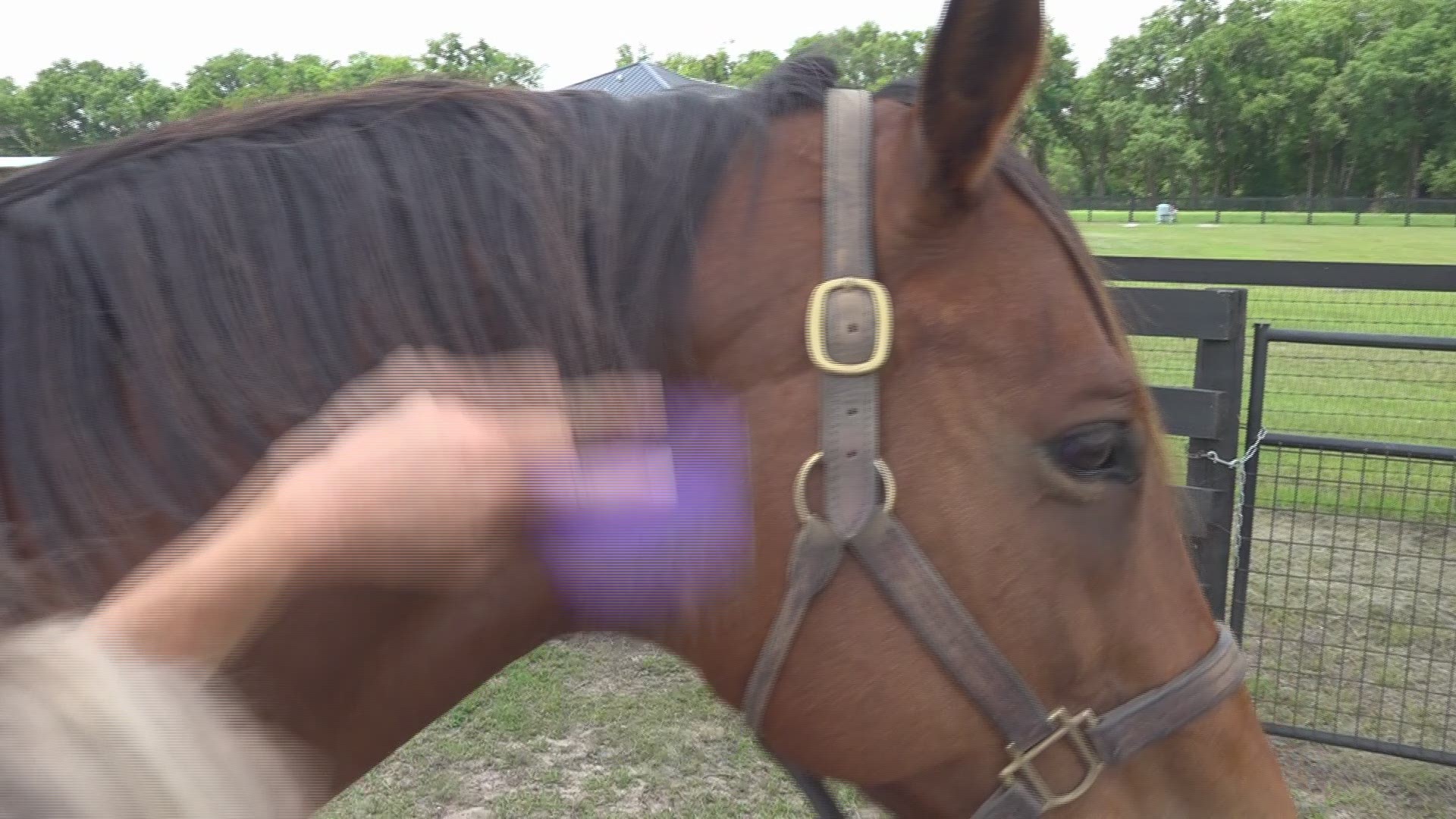 OCALA, Fla. — Like a proud mama, Gail Rice follows all of her homegrown horses.

"I don’t miss a race," said Rice at her small horse farm north of Ocala near where last week’s Kentucky Derby winner was born.

She raised the colt for the first year of his life so of course had to travel to Churchill Downs when he qualified for the Kentucky Derby.

“That’s bigger than your child graduating from Harvard,” Rice screamed with excitement.

Medina Spirit spent the first year of his life grazing in the green pastures of Rice’s small farm.

"He lived in this big field over here," Rice proudly pointed out, saying she knew the horse was special from birth.

But since he was from a little-known farm not everyone had the same faith.

"You hope you get a Derby winner. You hope you got a million-dollar horse.  But looking at his pedigree and everything, I knew he’s a good racehorse, and I thought I could get $10,000 for him, but he brought $1,000 because nobody wanted his pedigree," Rice said.

Everything changed this past year as Medina started winning race after race, culminating in his win last weekend at Churchill Downs.

"I was just -- I was jumping and screaming and yelling! I’m like, ‘That’s my baby, I pulled him out of his mother,'" Rice said.

A week later came the news no one expected -- Medina failing a post-race drug test for a substance used to treat inflammation.

"His heart made him win that race. You can’t put that in a horse," said Rice, who now of course is disappointed over the cloud of uncertainty surrounding Medina’s win.

But despite the odds, she’s confident the whole situation might still be cleared up.

"I don’t pass judgment," Rice said. "We’ll see how it comes out, and I’m praying that it’s all going to be good."

Whatever happens, she says she’ll continue rooting for her special boy and holds on to hope a Triple Crown is still possible.

"I want him to at least run in all those races and I believe he can do it," Rice said with a smile. "He can do it!  Be it God’s will, this horse will do it!"