'Her journey is different than most police dogs,' the police department said. 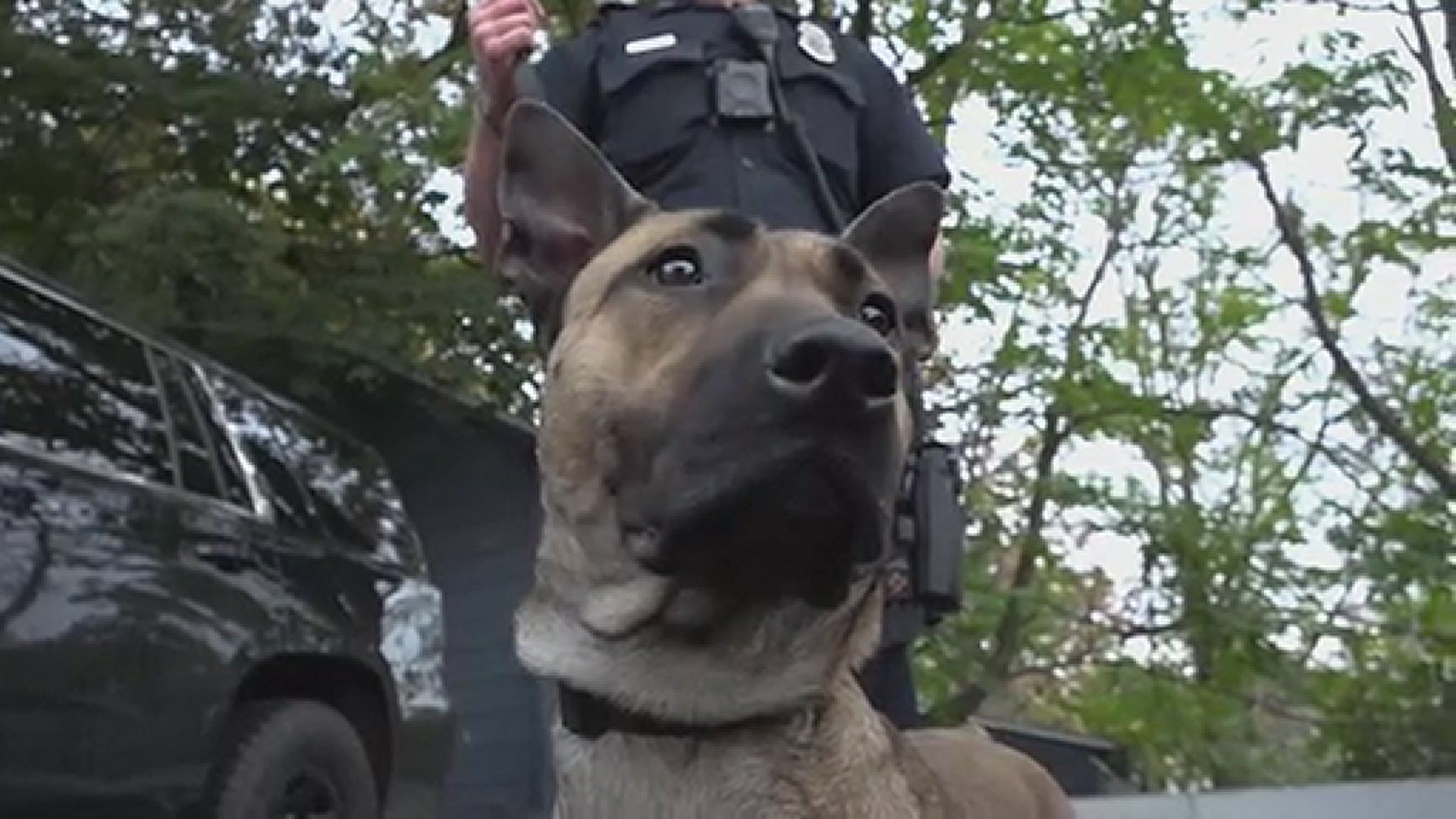 OWEGO, N.Y. — Say hello to the newest member of the Owego Police Department. Her name is Mag!

Mag is a Pitbull/Belgian Malinois mix. She's just three years old and the department say that she is fully trained in narcotics detection and tracking.

According to a Facebook post from the Owego Police Department, Mag's journey to become a K-9 for the department, was not how it usually goes.

"Her journey is much different than most police dogs," the department wrote.

The department says in late 2018, Mag was brought into the Town of Hempstead Animal Shelter as a stray. She was then adopted twice and abandoned both times, winding up at the same shelter, homeless once again.

This time would be different though. She was tested by the Southern Tier Police Canine Association to become a police canine. It's part of their Homeless to Hero program. Mag, of course, easily passed all of her required tests.

Mag then underwent two months of intense training while living with a trainer from Southern Tier Police Canine Association.

After she completed her training, she was donated to the Owego Police Department. The Association also donated $6,000 worth of equipment to outfit her patrol car. Usually, a fully trained police dog would cost the department $10,000 plus the $6,000 for the patrol car equipment.

Mag is now undergoing her final trainings with her handler, Officer Andrew Pike. She will be out protecting her community shortly!