Loon killed bald eagle by stabbing it through the heart, wildlife experts say

The evidence showed no gun residue but indicated that the a bald eagle had been stabbed through the heart by the beak of a loon. 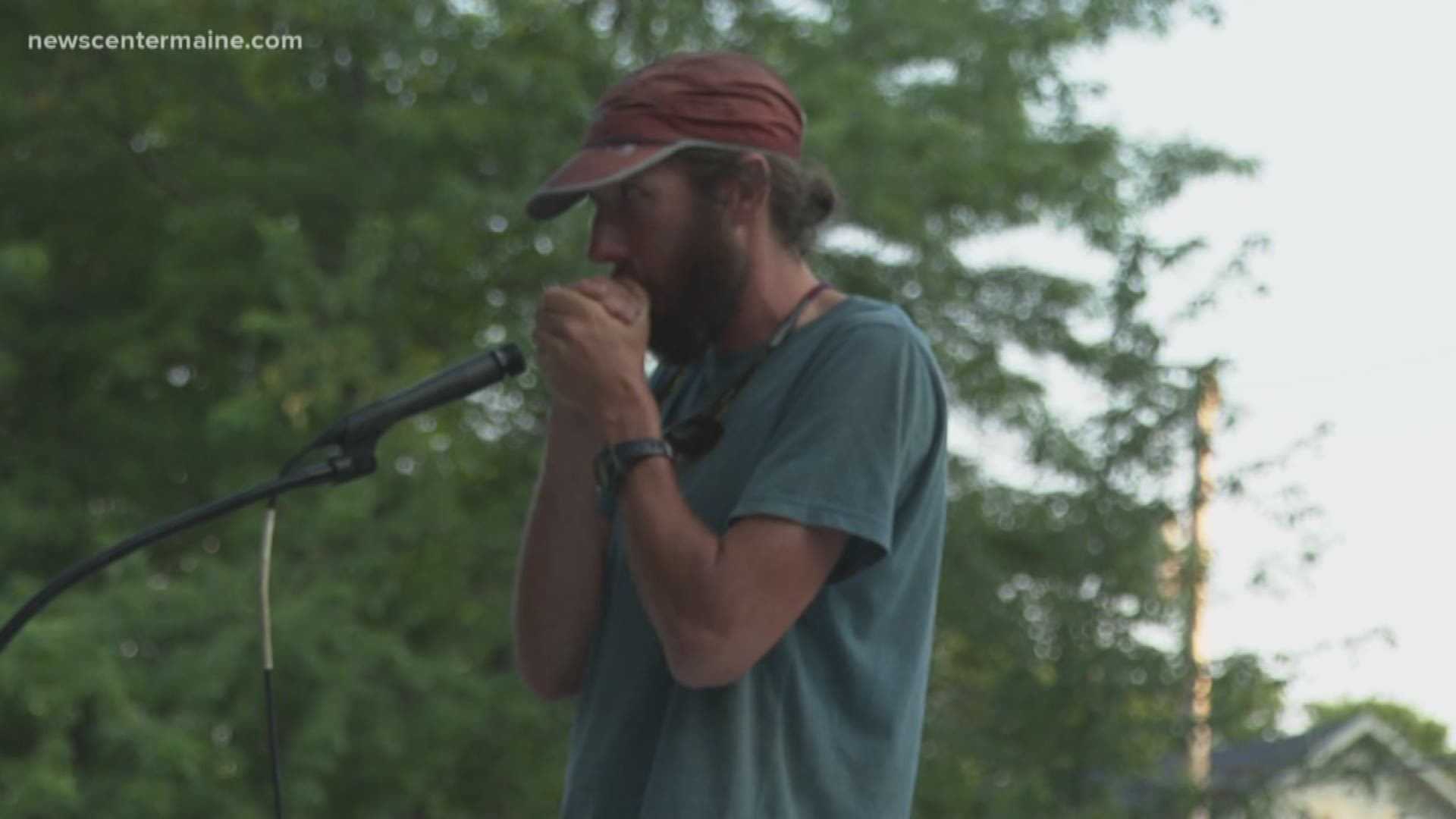 BRIDGTON, Maine — While loons have the reputation of being quite tranquil, an eagle ran into the wrong Maine loon on the wrong day in July 2019.

Wildlife officials say a bald eagle died last year in Maine after being stabbed through the heart by a loon.

Danielle D’Auria, a wildlife biologist for the Maine Department of Inland Fisheries and Wildlife, wrote about the department's findings in a blog post on Monday. According to the post, the eagle was found dead on Highland Lake in Bridgton on July 26, 2019.

The evidence showed no gun residue but indicated that the big bird had been stabbed through the heart by the beak of a loon. D'Auria believes the loon’s attack was a result of its attempt to protect its chick from the bird.

"A loon’s best weapon is its dagger-like bill, and it will often attack adversary loons by coming up from beneath the water’s surface with its bill straight towards the other loon’s sternum, or chest," D'Auria wrote. "Many adult loons have several healed-over sternal punctures from fights like these."

D'Auria added that they obtained special permission from the U.S. Fish and Wildlife Service to send the eagle to the National Wildlife Health Center in Madison, Wisconsin, for a thorough necropsy.

"Sure enough, the pathologist who examined the eagle and loon chick in the lab, called me shortly afterward to tell me it indeed looked as though the loon was the culprit in this eagle’s death," D'Auria wrote. "The size of the puncture wound was similar to the size of a loon’s bill, and it extended straight to the heart which likely led to a quick death.  Not only that, but the loon chick had puncture marks consistent with the spacing of eagle talons."

The attack appears to be the first recorded wherein a loon has killed an eagle.

"The only other information we know is that a woman in a nearby cabin had heard a “hullabaloo” the previous night, consistent with agitated loons," D'Auria wrote. "You can use your imagination to formulate how this all played out on Highland Lake that late July evening. "

RELATED: Audubon counting Maine’s loons, which seem to be on mend