Ill human intent has been ruled out in the pelican probe after FWC agents spend more than 400 hours investigating how pelicans were getting injured. 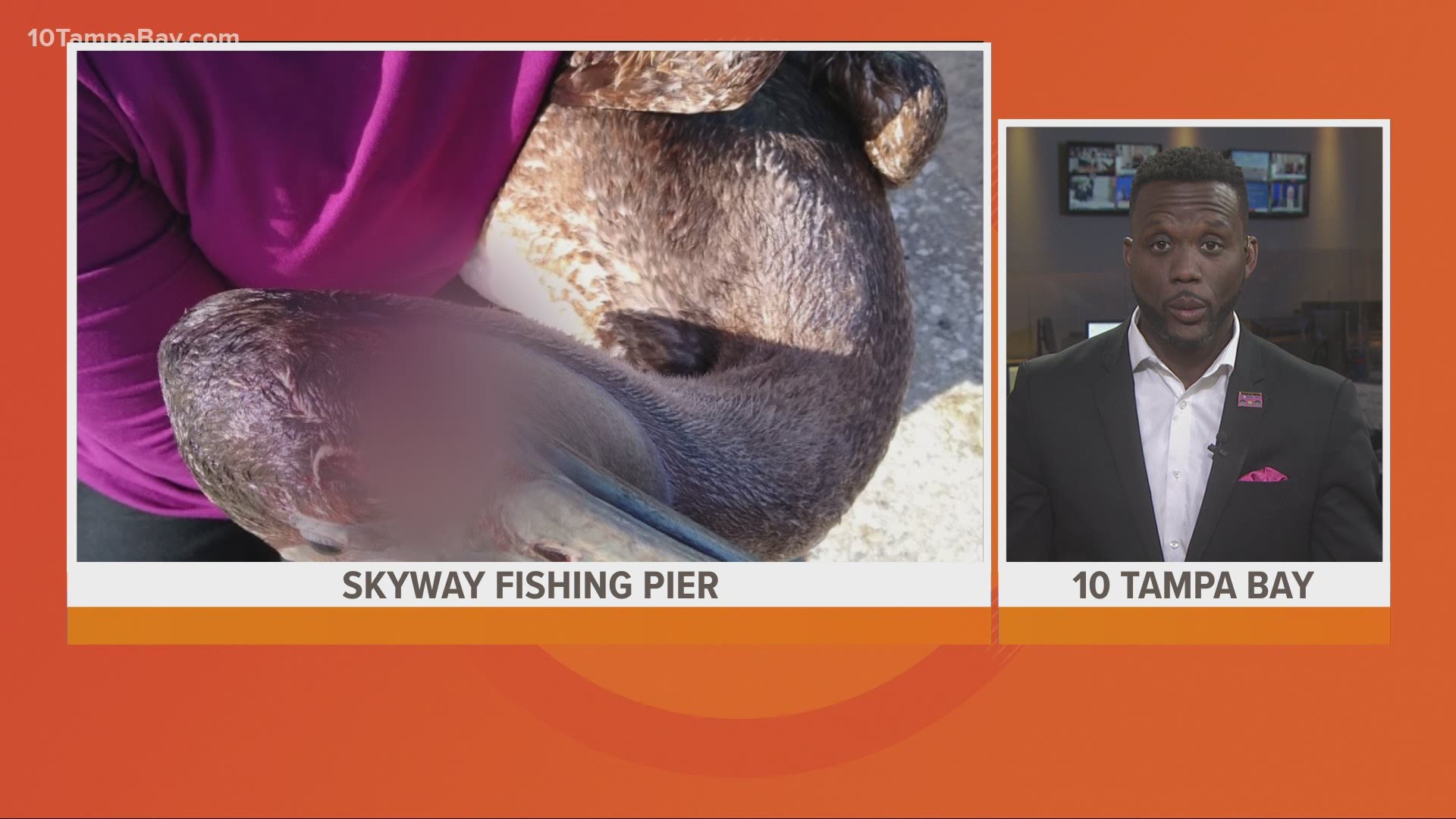 MANATEE COUNTY, Fla. — An investigation by the Florida Fish and Wildlife Conservation Commission has concluded there is no evidence pelicans are being intentionally harmed at the Skyway Fishing Pier State Park.

The probe began in February 2020 after a call suggesting pelicans were possibly being purposely scalped.

Jeanette Edwards, the founder of the nonprofit seabird rescue organization Friends of the Pelicans, had filed a complaint with FWC after her team came across 20 pelicans with wound patterns in a two-month span. The same intense injuries showing up in multiple pelicans in such a short timeframe led Edwards and her team to believe that the pelicans were being targeted and possibly tortured by people.

Now, the state has concluded those theories are improbable.

FWC Officer William Freemon led the investigation, which involved more than 416 hours of work at the pier.

"Based on the interviews, evidence, and information gathered to date, I find it unlikely an individual or group of individuals were intentionally causing harm to brown pelicans at the South Skyway Fishing Pier," Freemon wrote in the investigative report.

Investigators did not establish any credible leads, evidence or motives that would suggest people were trying to injure brown pelicans.

FWC Biologist Rebecca Schneider, who worked on the case, found blunt force trauma plays a large factor as to why pelicans have been flooding animal rehabilitation centers. The report says "pelicans are hitting their heads on the concrete pilings or sub-surface objects when they dive, especially when they are thrown off balance by wind."

Blunt force along with monofilament, feeding frenzies, boat propellers, and oyster shell barnacles are the causes of the unfortunate pelican injuries and are more plausible explanations than human harm, investigators determined.

In the months since the pelican injury reports, fishing limits were set at a three-pole maximum for fishermen by the Florida Department of Environmental Protection. Guides were posted to better educate civilians on what to do if they were to accidentally hook a pelican. And the DEP upped equipment and bird rescue staff in wake of the situation.