The majestic giants will now get to call the 2,500-acre refuge in Yulee home. 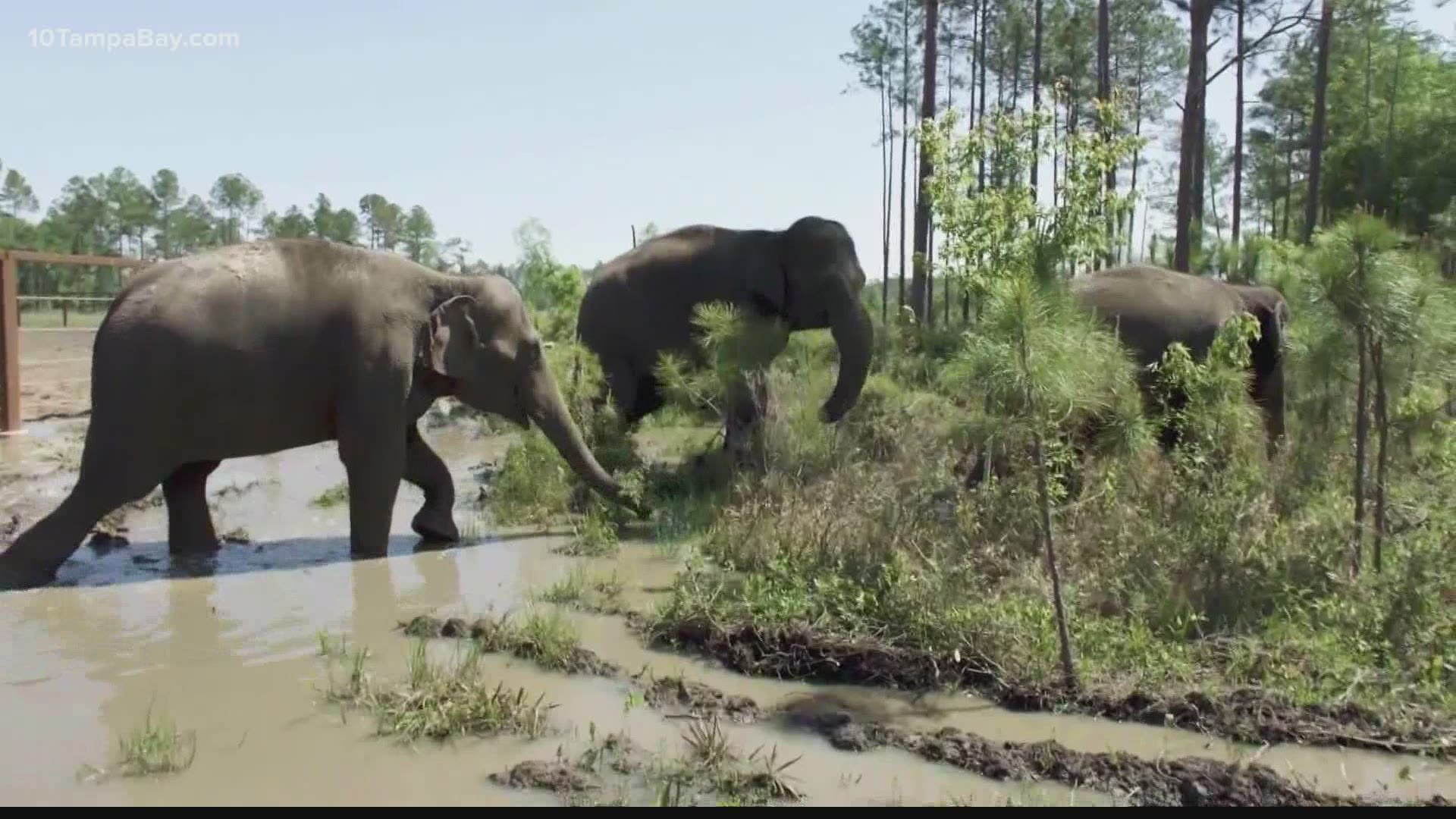 YULEE, Fla. — A moment more than three years in the making has finally come to fruition with a herd of Asian elephants settling into their new home at White Oak Conservation.

They're the first of 30 elephants who previously traveled across the U.S. with Ringling Bros. and Barnum and Bailey circuses until they retired in 2016.

Now, after being held in a previous facility in Polk County, the majestic giants will get to roam the 2,500-acre refuge in Yulee.

“We are thrilled to give these elephants a place to wander and explore,” Mark and Kimbra Walter, who fund the refuge said. “We are working to protect wild animals in their native habitats. But for these elephants that can’t be released, we are pleased to give them a place where they can live comfortably for the rest of their lives.”

White Oak says the first of the herd to arrive were 12 female elephants, ranging from 8 to 38 years old. They were moved in customized trucks.

Among the herd is two sets of full sister and numerous half-sisters, according to a press release.

Upon arrival, the elephants were released into two large paddocks that include a pine forest, ponds, wetlands and open grasslands habitat, according to the conservation facility.

"The elephants can now choose to stay near the barn or wander in the woods, wallow in mud, or swim in the pond," it wrote on Facebook.

There will also be barns nearby suited to the elephants' needs and that house high-tech veterinary equipment.

White Oak Conservation reports Asian elephants are endangered and only 30,000 to 50,000 elephants remain in the wild. Their main threats are habitat degradation and fragmentation, conflict with humans, and poaching.