Rudolph the Rough-toothed dolphin is in rehab

He was rescued from a Southwest Florida beach and taken to Clearwater Marine Aquarium for treatment. 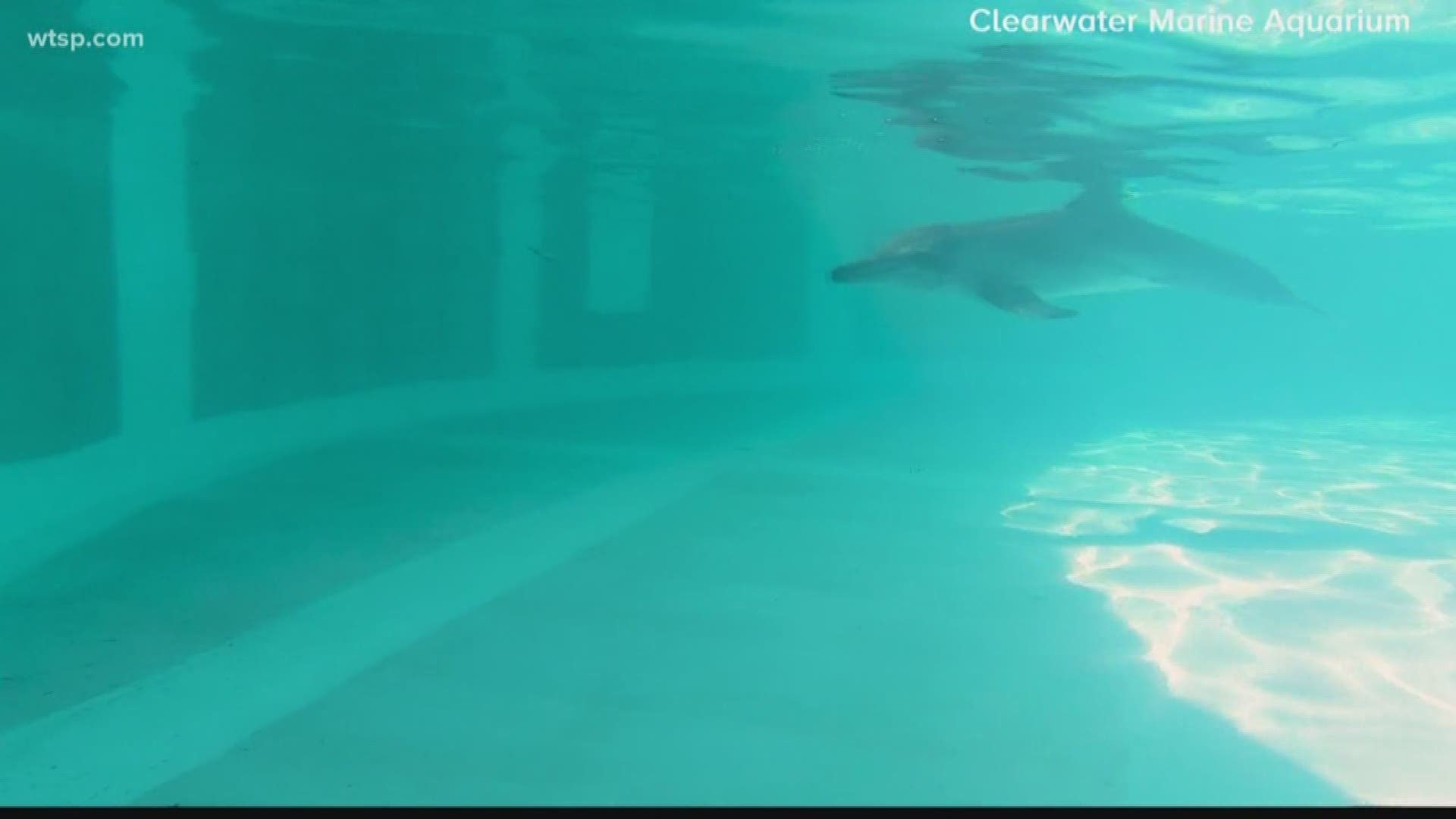 CLEARWATER, Fla. — You’ve heard of the reindeer Rudolph but what about a dolphin named Rudolph? He was rescued earlier this week after he was found beached off Sanibel island in Southwest Florida.

“We got a call on Dec. 16 about a stranded dolphin,” said Kelly Martin, the director of animal care at the Clearwater Marine Aquarium.

“Right now they’re monitoring him. We’re unsure about the cause of the stranding anytime you see an animal beached it’s unnatural. But this type of dolphin, a rough-toothed dolphin, is supposed to be in deep waters.”

While Rudolph is far from making it home for the holidays, he is making progress.

“He’s doing well but is still compromised. We need to do more tests and see what’s wrong but they take 30 days or longer to get results,” Martin said.

“In the meantime he needs to gain weight and eat more fish.”

Despite the timing of the rescue, right before Christmas, Rudolph got his name due to his extra long jaw. Experts say his species can get up to 8.5 feet long, 350 pounds and live for 36 years. They also are usually found in tight-knit groups of 10 to 20 dolphins. The goal is to get him healthy enough to release, in the meantime, they’re getting to know him well.

“Rudolph’s personality is strong. He reminds me of Winter ‘the dolphin that can.'"

RELATED: Famous dolphin reunited with fisherman who rescued her 14 years ago

RELATED: Crews work to capture manatee stuck in a tire