Scooter, the dog found in a ditch and missing his ears, makes full recovery after being adopted

He made a special trip from Connecticut back to York County to thank the doctors and people who helped him get better. 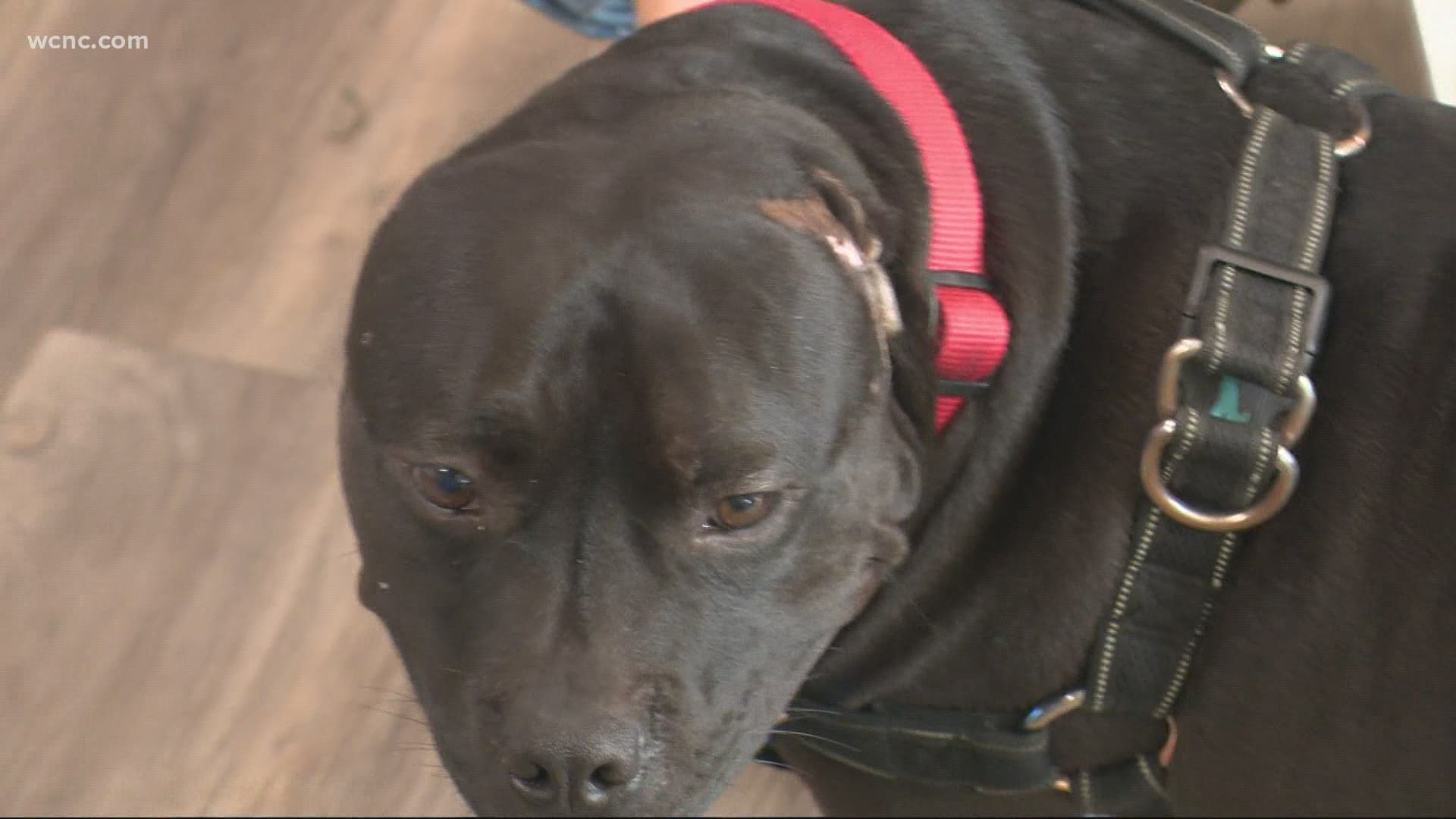 In January, York County Animal Control officers found the poor boy in a ditch on the side of the road. He was spotted by someone who lived on the dirt road and called animal control and stayed by his side until they arrived.

He needed a lot of love to heal and move forward. The Wings of Freedom animal rescue in Connecticut said Scooter spent five days in the hospital and a month with a medical foster in Rock Hill before coming to them.

Wings of Freedom said Scooter was used as a bait dog by dogfighters. The organization said he was tied up by his back legs and hung from a tree, the fighting dogs would earn to fight by attacking him.

Scooter's bandages were changed daily for two weeks and then every other day for three months. Even after all that dogs and people did to him, Scooter still loves all dogs and people.

He has been with his adoptive family since last March, according to Wings of Freedom.

1 / 6
Wings of Freedom
Photos of Scooter the Dog's recovery

RELATED: A rabid raccoon attack in Fort Mill was caught on camera. Neighbors are on high alert now

Recently, Scooter made a special trip back to York County. The 3-year-old pup came back to thank the special humans who found him and got him started on the road to recovery. Wings of Freedom says he was close to death when he was found, but plenty of love, care, and attention helped him make a total 180-degree turn.

While his own ears are missing, photos shared to WCNC Charlotte from Wings of Freedom show he has plenty of adorable options that make him all that cuter, including giraffe ears and horns.

WCNC Charlotte has reached out to York County to see if anyone is facing charges for what happened to Scooter, or any other dogs involved in the fighting ring.