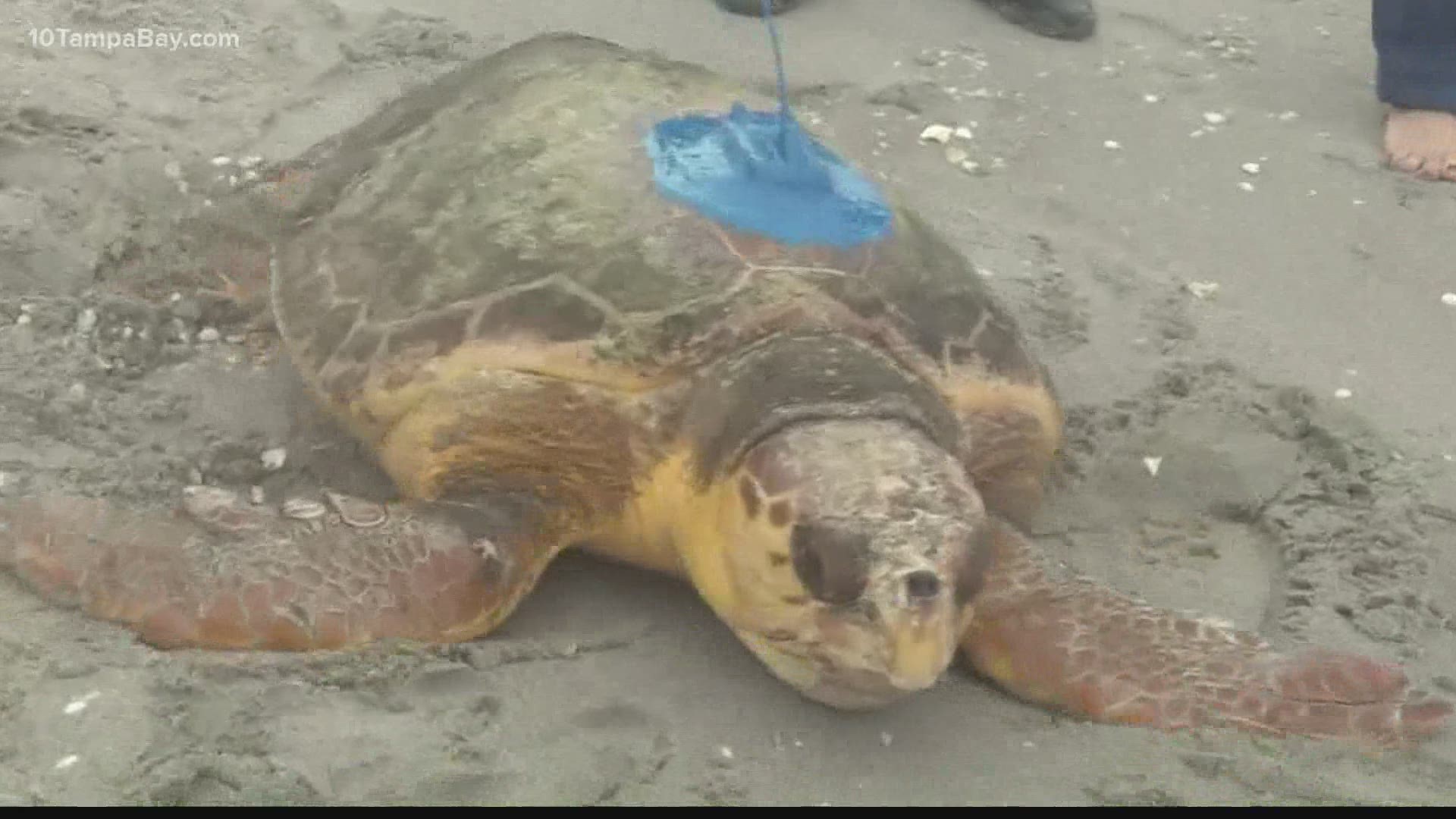 SARASOTA, Fla. — A sea turtle named "Connor" is heading back to to the Gulf of Mexico today after a stay at Mote Marine Laboratory & Aquarium in Sarasota.

The sea turtle was found stranded in a Longboat Key residential canal in September by Longboat Key Police officer Joshua Connors. He was brought to Mote's Sea Turtle Rehabilitation Hospital and named "Connor" after the officer.

When he first arrived, Connor was lethargic and experiencing skin erosion, especially on his right front flipper, the Mote team said. Over time, he recovered after being given fluid, injectable antibiotics, and care.

Connor will be given a satellite tag before release, so that scientists may study more about loggerhead turtle behavior, habitat, and migratory patterns. Male sea turtles actually do not return to land after they leave the beach as hatchlings, but you can track Connor's journey here.

If you ever see distressed or deceased marine animals, contact Mote’s Stranding Investigations Program via their 24-hour hotline at 888-345-2335.