Dozens of gulls are mysteriously turning up sick or dead on Siesta Key and Lido beaches. 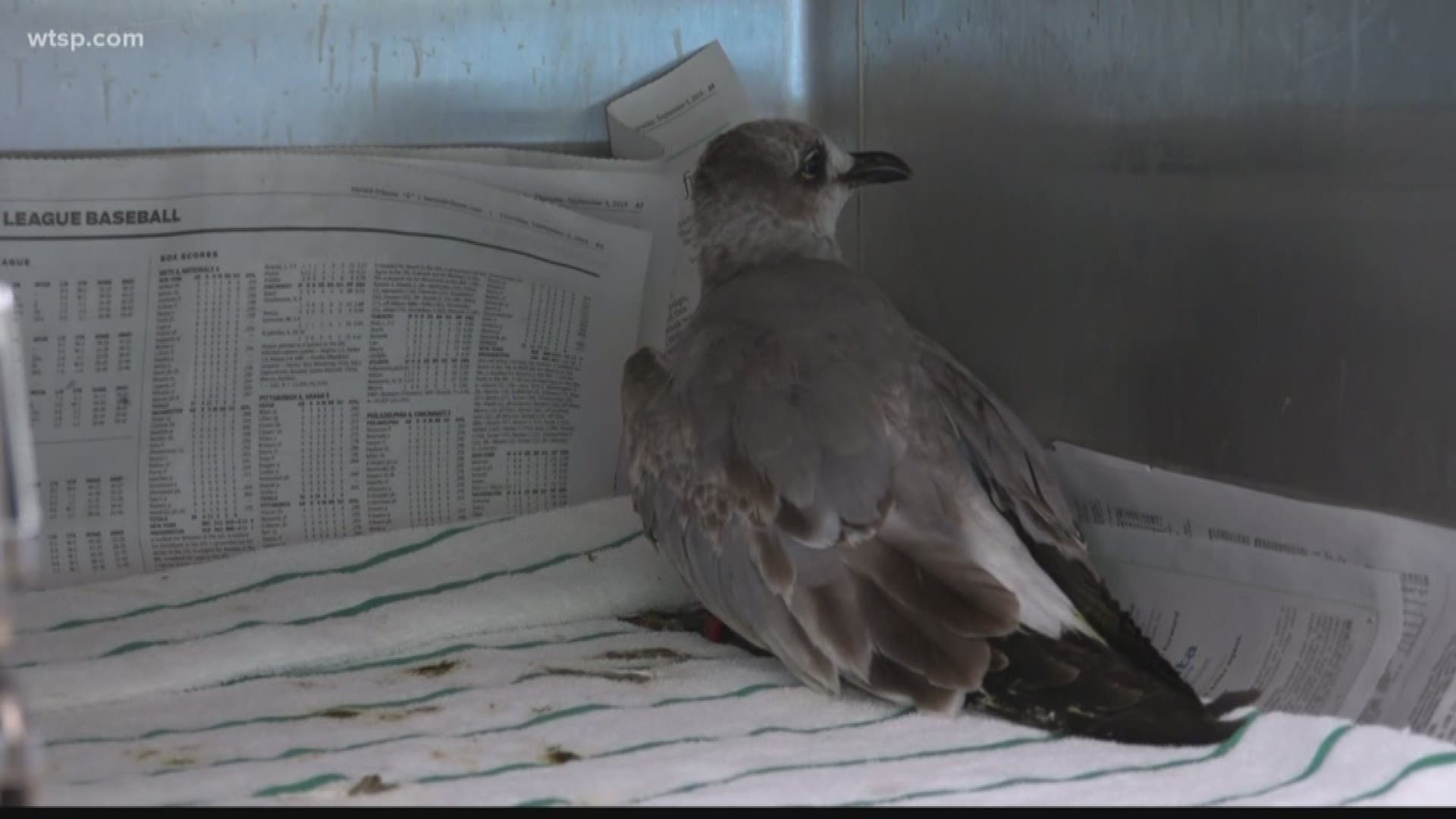 SARASOTA, Fla. — Hospital technicians at a bird rescue in Sarasota County say they’re dealing with an unusually high number of sick and, in some cases, dying birds.

Within the past week, Jonathan Hande, the senior hospital technician at Save Our Seabirds, an avian hospital and bird sanctuary, says they’ve taken in nearly two dozen sick gulls from Lido and Siesta Key beaches, which is “fairly unusual.”

"We lost a little over half of them on that day,” Hande said. “After that we started seeing two to three gulls per day and I've lost 12 of them so far."

RELATED: Why are so many dead birds being found in this area of Manatee County?

The steady stream of emaciated birds has been enough to send up some alarm bells.

“They have almost no bodyweight to them whatsoever and they were showing signs of neurological symptoms so they weren't standing upright, they were acting drunk in a way,” he said.

Hande says the hospital was recently informed of a report of 25 dead gulls found on Passage Key, north of Anna Maria in Manatee County.

“Our first instincts—because of what we've dealt with around here—is red tide.”

But while the symptoms might be the same, testing is showing no red tide off the Sarasota and Manatee county coastlines. However, the harmful algae bloom might be making a comeback. Recent samples taken from Collier County, roughly 100 miles south, did test positive for background to high concentrations.

"We're hoping to have more information going forward now that FWC has been alerted,” Hande said, adding they can't entirely rule out red tide but their next best guess is botulism, which has similar symptoms to red tide.

But until they can figure it out for sure, Hande says they’re rehabbing the birds they can, including four gulls he says appear to be on the mend.

"Birds have always been the canary in the coal mine and when you start seeing something happen with them you should really start taking into account what's happening in the environment around you,” he said.

Beachgoers who spot a sick gull can call Save our Seabirds at 941-388-3010 or report it to the Florida Fish and Wildlife Conservation Commission.