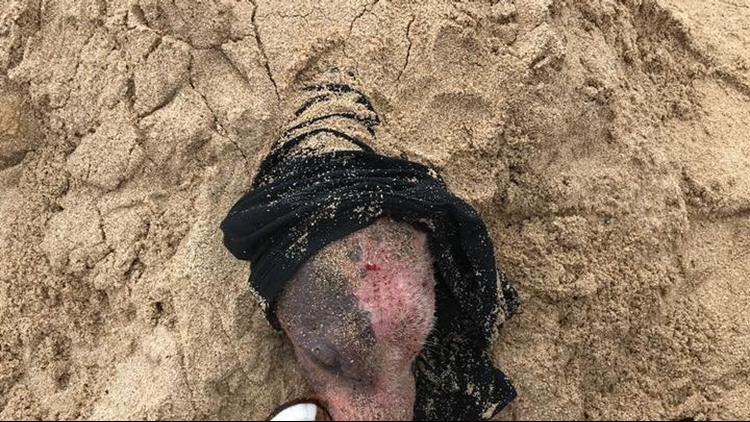 Photo by: PAWS of Hawaii

HONOLULU — A dog that was found buried in the sand and severely sunburned in Hawaii is on the mend.

PAWS of Hawaii said the dog, now named Leialoha, was found buried in the sand by a good Samaritan.

The animal rescue group said when they got to Leialoha she was swollen, sunburned and missing almost all of her fur.

Leialoha was rushed to a veterinary clinic where after treatment they suspected she would “bounce back.”

Leialoha was placed in a foster home where she continues to get better every day. Her new foster family said she has started leaving her kennel to see what is for dinner.

Hawaii News Now reports that Honolulu police are looking for the person who left Leialoha buried in the sand.