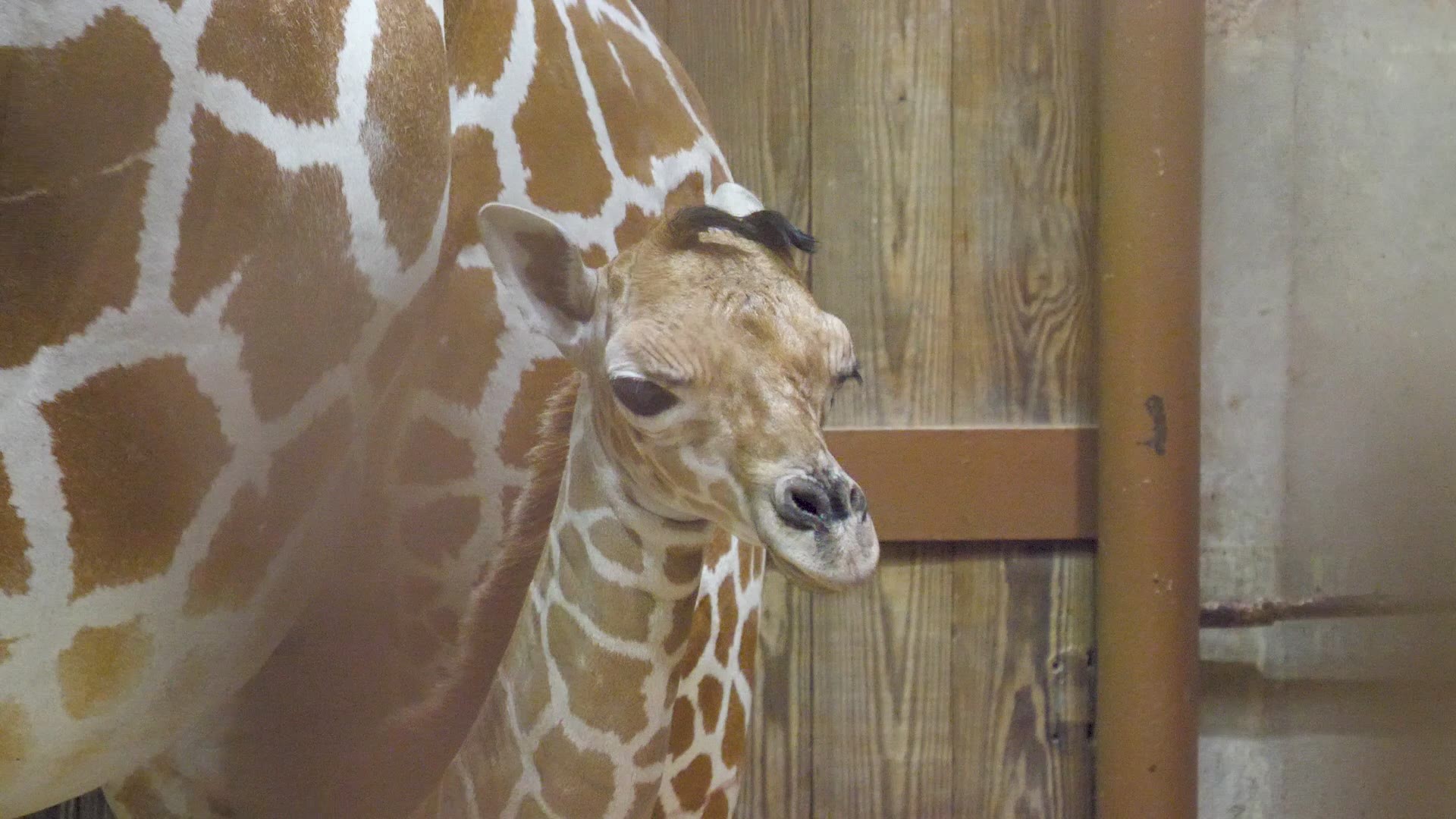 MEMPHIS, Tenn. — The Memphis Zoo announced the arrival of a new bundle of joy - a new giraffe calf!

You can read more from the Memphis Zoo below:

On the morning of Monday, June 7, 2021 the Memphis Zoo animal care team and expert veterinary staff gathered at the giraffe barn to witness Wendy, one of our beloved female giraffes, give birth to our newest baby girl.

Wendy has been showing signs for the past couple months that she was ready to give birth, so our animal care team has been prepared for this baby for a while. They have chosen the name “Milele” for the calf, which means “forever” in Swahili, because we have waited forever for her arrival! She was definitely worth the wait! Milele is a spunky calf who is already showing signs of being a sassy little girl.

After her first exam, the veterinary staff said Milele is very healthy and ready to meet the rest of her herd, including her father, Niklas, half-brother, Ja Raffe, and half-sister, Ali. Be sure to visit her on exhibit in the African Veldt! The Memphis Zoo has seen approximately 50 giraffe births in its history and 11 have been in the last decade. Since the reticulated giraffe is listed as endangered, the conservation and education of this species is vitally important for their continued protection.

Reticulated giraffes are some of the most majestic animals in Africa. Giraffe are the tallest land animal reaching heights of 14-18 feet. With their long necks, intricate patterns, and graceful movements, they are impressive creatures of the savannah. There are several species of giraffes, mostly distinguished by their varying patterns. Reticulated giraffes are known for the polygon shapes made by the brown and white pattern of their fur.