It's about a foot shy of the record. 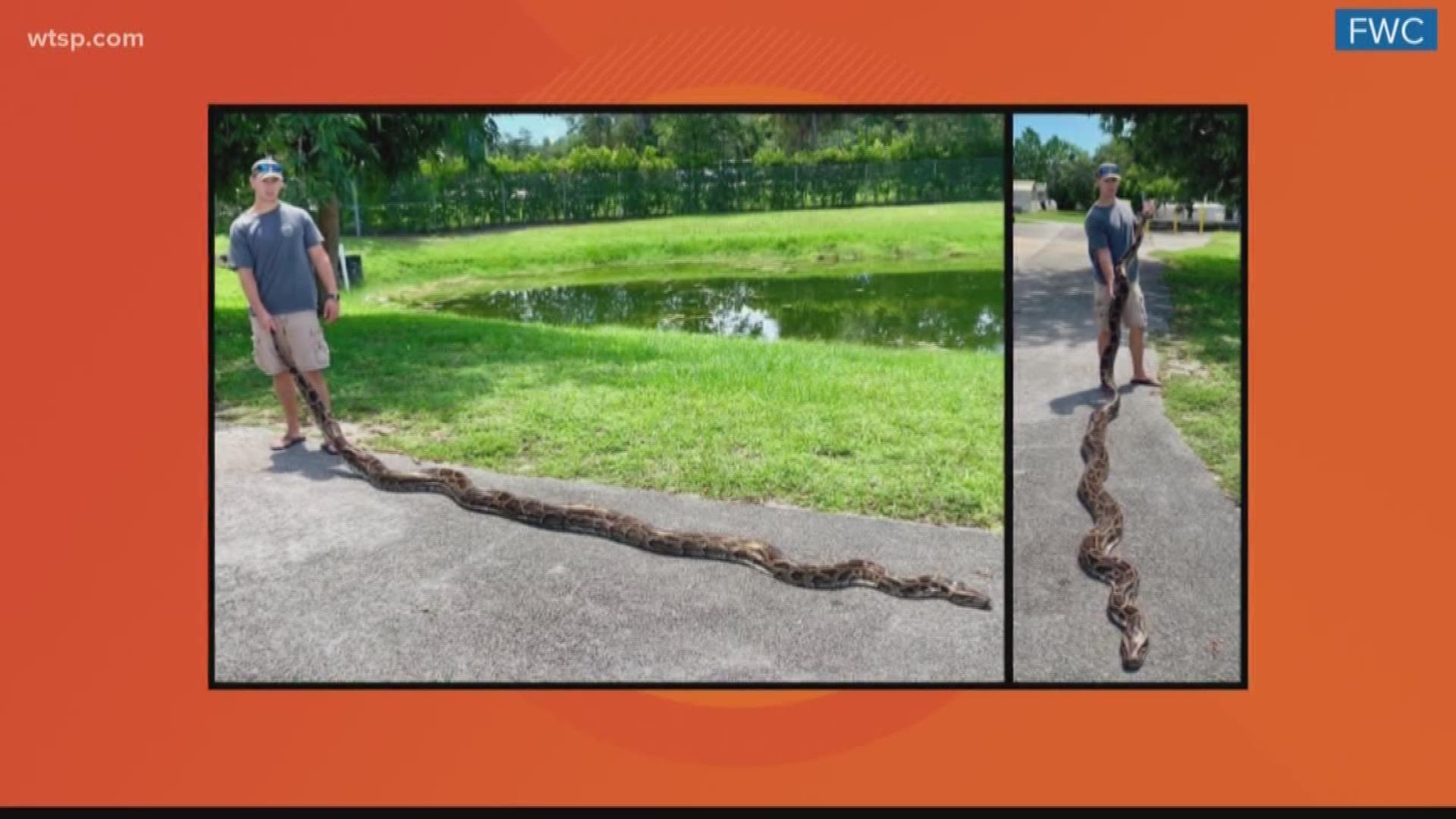 A nearly 18-foot Burmese python was found slithering around in the Florida Everglades, where tens of thousands of pythons are estimated to be living.

The invasive species has been multiplying faster than hunters can catch the snakes. According to CBS News, a single female can lay up to 100 eggs per year and may live for more than 15 years.

To combat the issue, the Florida Fish and Wildlife Conservation Commission created the Python Action Team in 2017. Since then, the trappers who make up the group have caught more than 500 pythons.

Team Member Kevin Reich recently nabbed a 17-foot, 9-inch python, which is the second-largest snake ever removed by the group.

The snake was found at Big Cypress National Preserve in Ochopee.

FWC says the largest python caught in Florida was 18 feet, 8 inches long. According to CBS Miami, most are between six and 10 feet long.

To learn more about python removal efforts and the role of the Python Action Team, click here.

MyFWC
Another large python removed! Python Action Team Member Kevin Reich ... removed this 17' 9" Burmese python from the wild! This is the second largest snake ever removed by our team. Men and women like Kevin are making a big difference for our native wildlife, one invasive snake at a time.