An Oregon family grew by six and one-third this week. 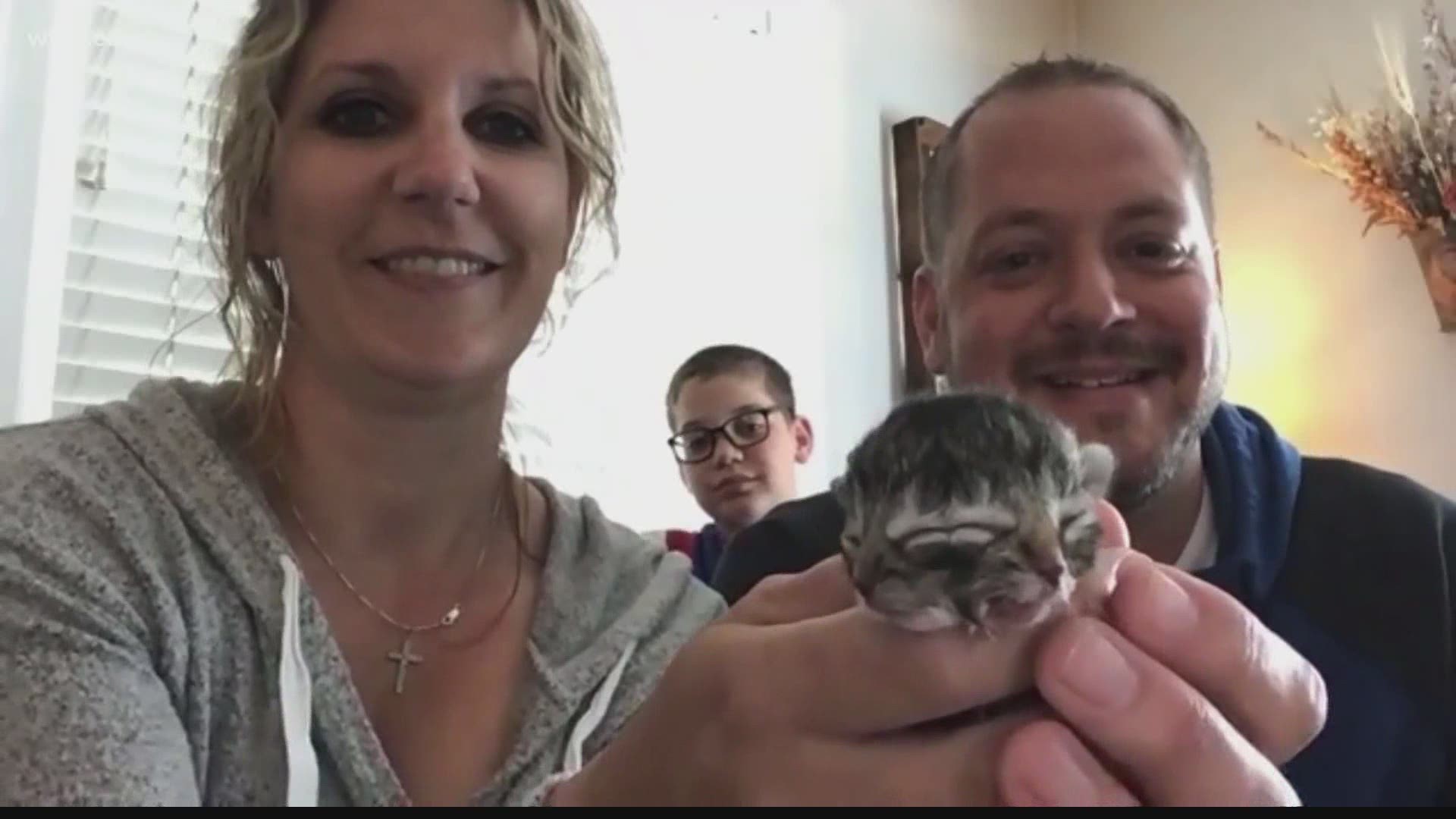 PORTLAND, Oregon — The cat's out of the bag: sometimes being two-faced isn't necessarily a bad thing.

A Portland woman walked outside Wednesday morning to see her pregnant cat had given birth. As Kyla King told KOIN, when she counted the newborn kittens, she found one with four eyes, two mouths and an extra nose.

She sent a picture of the two-faced kitten to her husband B.J. saying "we have 6-1/3 kitty cats now!" The Kings named each face, calling the kitten "Biscuits and Gravy".

They asked their vet about ways to care for this special feline. They were told while there isn't anything that can be done medically, the couple can make the kitten comfortable by helping it eat.

“It doesn’t really know how to nurse properly because it has two mouths so I’ve been trying to feed it,” Kyla told KOIN. “And, I mean, I’m gonna do the best I can but these animals don’t usually live too long.”

Kyla told The Corvallis Gazette-Times she didn't realize how cool the kitten was going to be.

While rare, two-faced cats aren't unheard of. They're called Janus cats, and in Roman mythology, the god Janus is often shown with two faces.

Most Janus cats don’t live longer than a day. However, a two-faced cat named Frank and Louie holds the Guinness World Record for the longest surviving Janus cat. He died in 2014 at age 15.

“We’re not super optimistic but it does seem pretty lively and has an appetite and seems to be doing pretty well,” BJ said.

“It’s smaller than the other kittens but it could be the runt, too, on top of having two faces,” Kyla said.

The Kings say the kitten can meow and eat at the same time. Since it's less than a week old, Biscuits and Gravy hasn't opened its two pairs of eyes yet. It's not clear it the kitten's eyes are conjoined or separate.

B.J. shared a picture of Biscuits and Gravy on Facebook, which immediately drew hundreds of requests to adopt the kitten. The King family says they plan to keep the kitten and enjoy whatever time they have with the tiny tabby.