FWC said the phenomenon is named bicephaly – an uncommon occurrence that happens during snake embryo development. 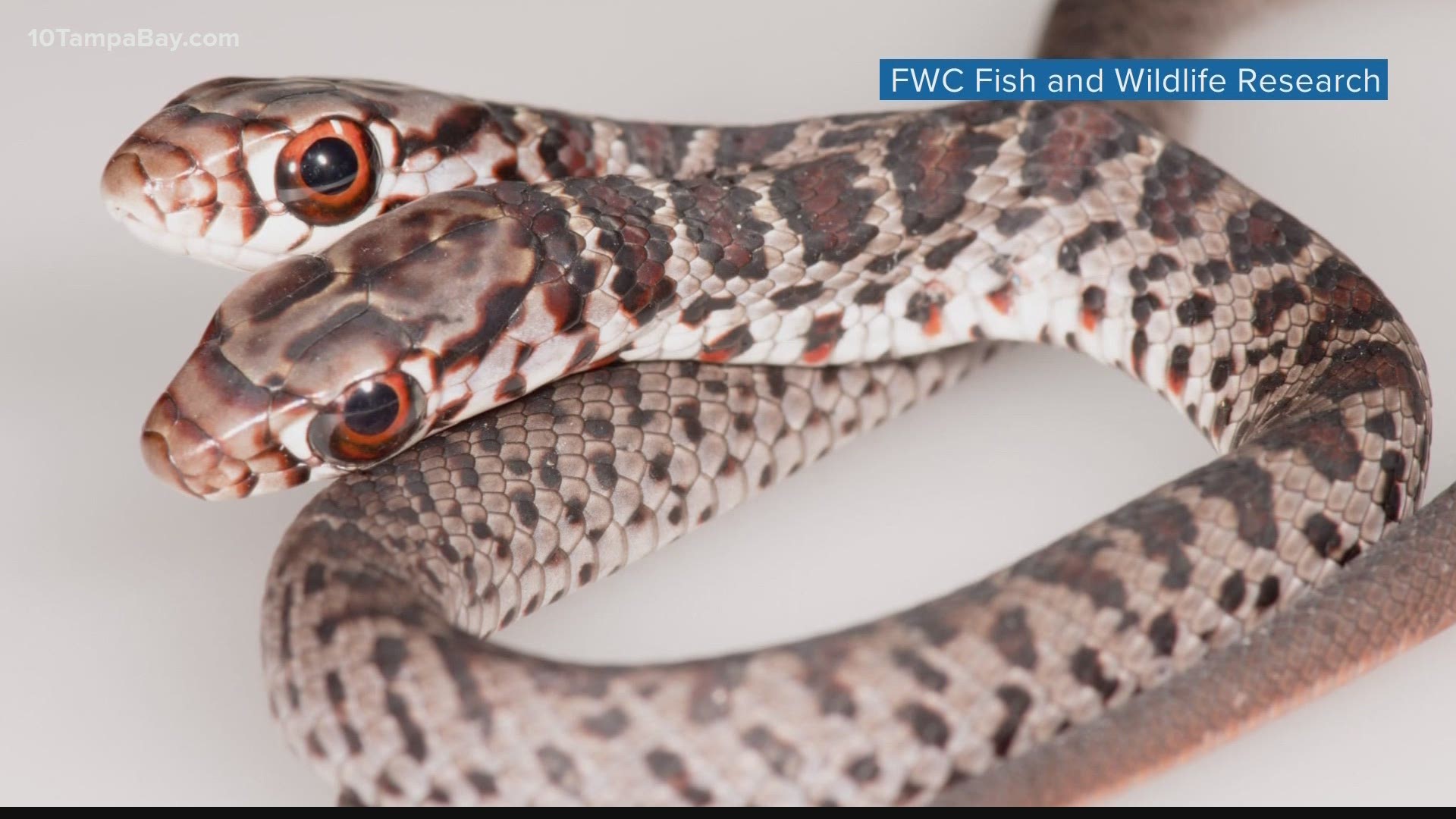 PALM HARBOR, Fla. — A family in Palm Harbor recently found a rare creature in their home – a two-headed snake.

The Florida Fish and Wildlife Conservation Commission's research team shared photos of the two-headed southern black racer on social media, noting it was found by Kay Rogers and family.

FWC researchers said the phenomenon is named bicephaly  – an uncommon occurrence that happens during snake embryo development. When two monozygotic twins fail to separate, it leaves the heads conjoined onto a single body.

"Both heads' tongues flick and react to movement, but not always in the same way," FWC said.

Scientists say two-headed snakes usually don't survive long in the wild because the two brains make different decisions that can inhibit feeding and escaping from predators.

FWC said this snake is currently being cared for by research staff.