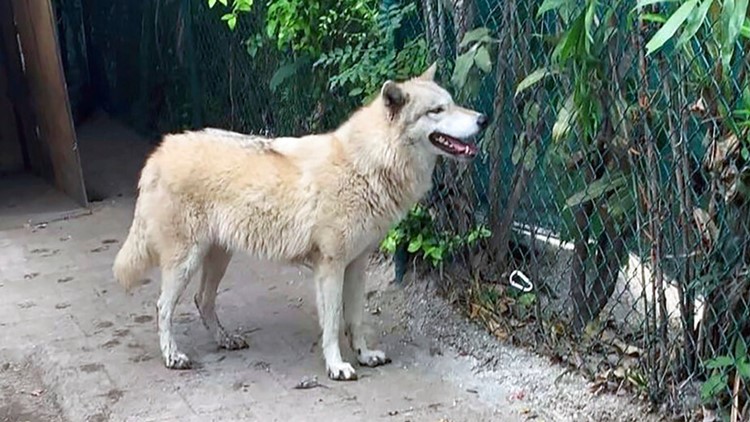 Photo by: AP
Eva, a wolf-dog hybrid at the Shy Wolf Sanctuary, escaped after jumping a 10-foot fence.

Wolf-dog hybrid that escaped from sanctuary is back home

NAPLES, Fla. — A wolf-dog hybrid that escaped from a Florida sanctuary after jumping a 10-foot fence has been captured.

News outlets report that something startled Eva on Wednesday morning at the Shy Wolf Sanctuary, prompting her to jump the fence.

Sanctuary spokeswoman Cindee Woolley says Eva was spotted in the afternoon and shot with a tranquilizer but ran off before the sedation took effect.

A news release from the sanctuary says calls of sightings to the Collier County Sheriff's Office helped searchers locate the wolf-dog Wednesday evening.

Woolley says Eva has been placed in a roofed enclosure to prevent any future escapes.

Eva weighs about 60 to 70 pounds and is owned by Miami residents who had boarded her at the sanctuary days before her escape.