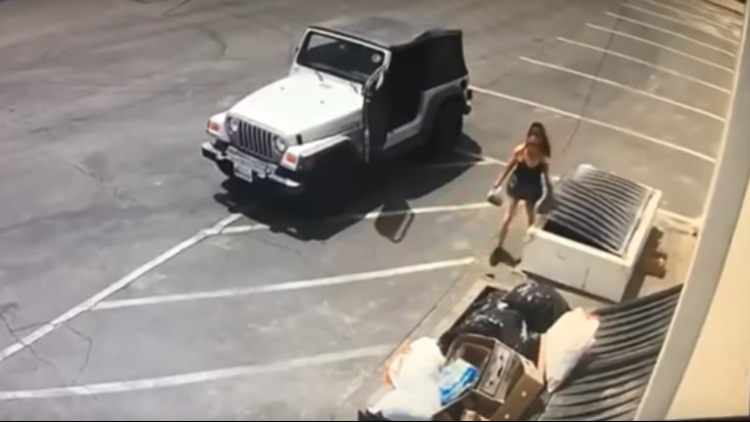 The Riverside County Department of Animal Services released surveillance video of the woman pulling up to a dumpster behind an auto parts store in Coachella Thursday afternoon. The video shows her stepping out of a white Jeep, peering into a dumpster used for recyclables before dropping a plastic bag into the trash dumpster and driving away.

A man who rummaged through the trash shortly afterward spotted the bag and took it to the store. Authorities said the puppies, believed to be 3-day-old terrier mixes, may not have survived the 90-degree heat had they not been found within an hour of being dumped.

Authorities say they found another 30 dogs at Culwell's home. They were impounded.

Culwell could face charges of animal cruelty. She remained jailed and it's unclear whether she has an attorney.