Leatherback turtle found nesting on Florida beach during the day

Shelley Michel was so excited to record the video on Indialantic Beach on May 21. 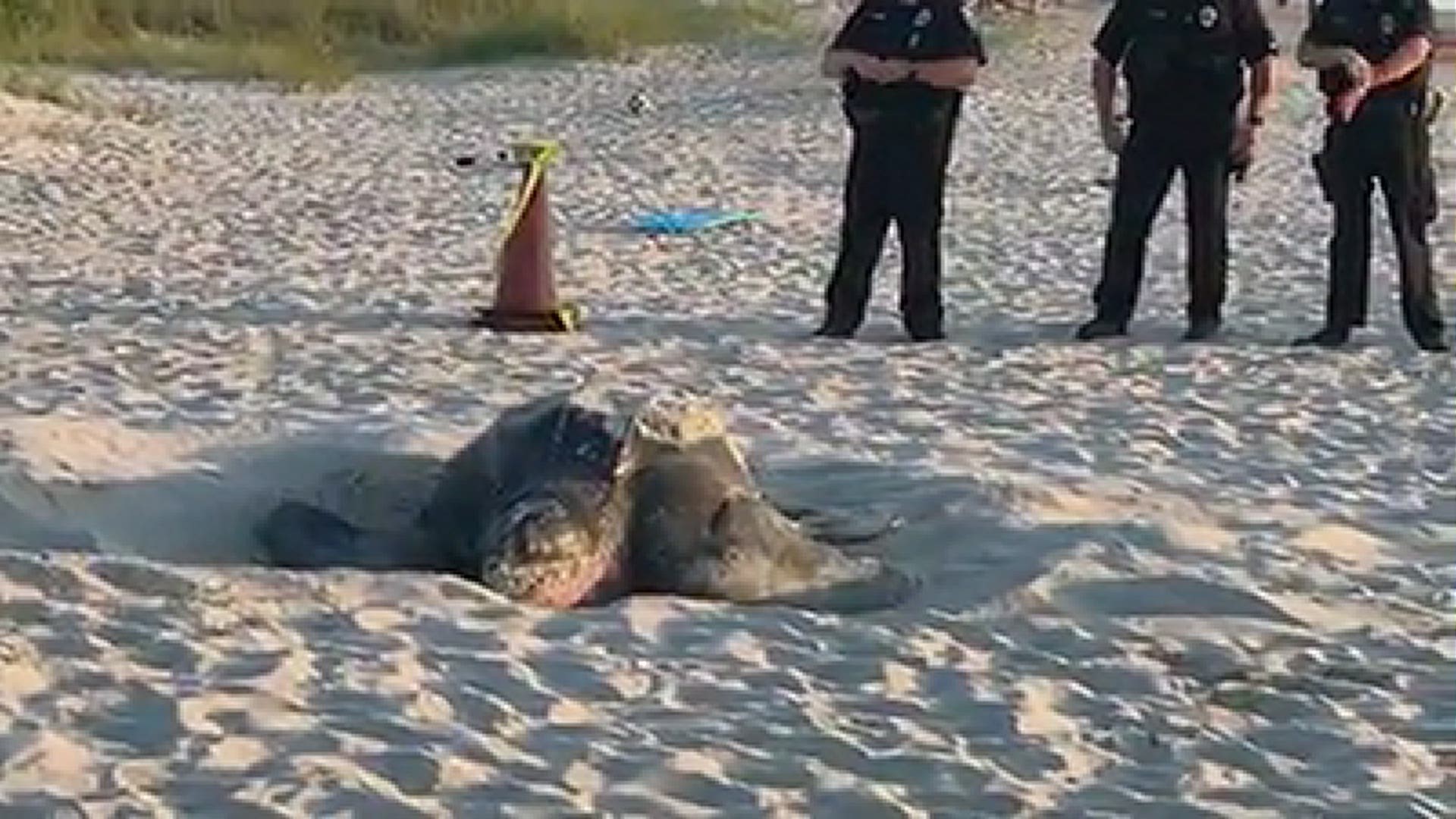 INDIALANTIC, Fla. — This was quite a sight on a Brevard County beach!

A woman by the name of Shelley Michel took video of a leatherback turtle nesting on the beach during the day.

Nesting usually happens when it's dark out.

"She is beautiful and I can't believe after years of trying, I finally got to see one. Ladies and gentlemen, I'm shaking really bad. I can't tell you how thrilled I am to witness this," Michel can be heard saying in the video she shared on Brevard is Beautiful's Facebook page.

Leatherback turtles are on the endangered species list in the United States. There are estimated to be between 34,000 and 36,000 nesting females left in the world.

According to the Florida Fish and Wildlife Conservation Commission, leatherback sea turtles are named for their rubbery shell and are the largest sea turtles. Adults can weigh between 700 and 2,000 pounds.

Leatherback nesting in Florida happens from March through July, the FWC said. A female typically nests at intervals of two to three years, depositing multiple nests per season.

When seeing one in person, Michel said it best, "Believe me, it's a sight."