Winter the dolphin and the veteran were injured the same year. 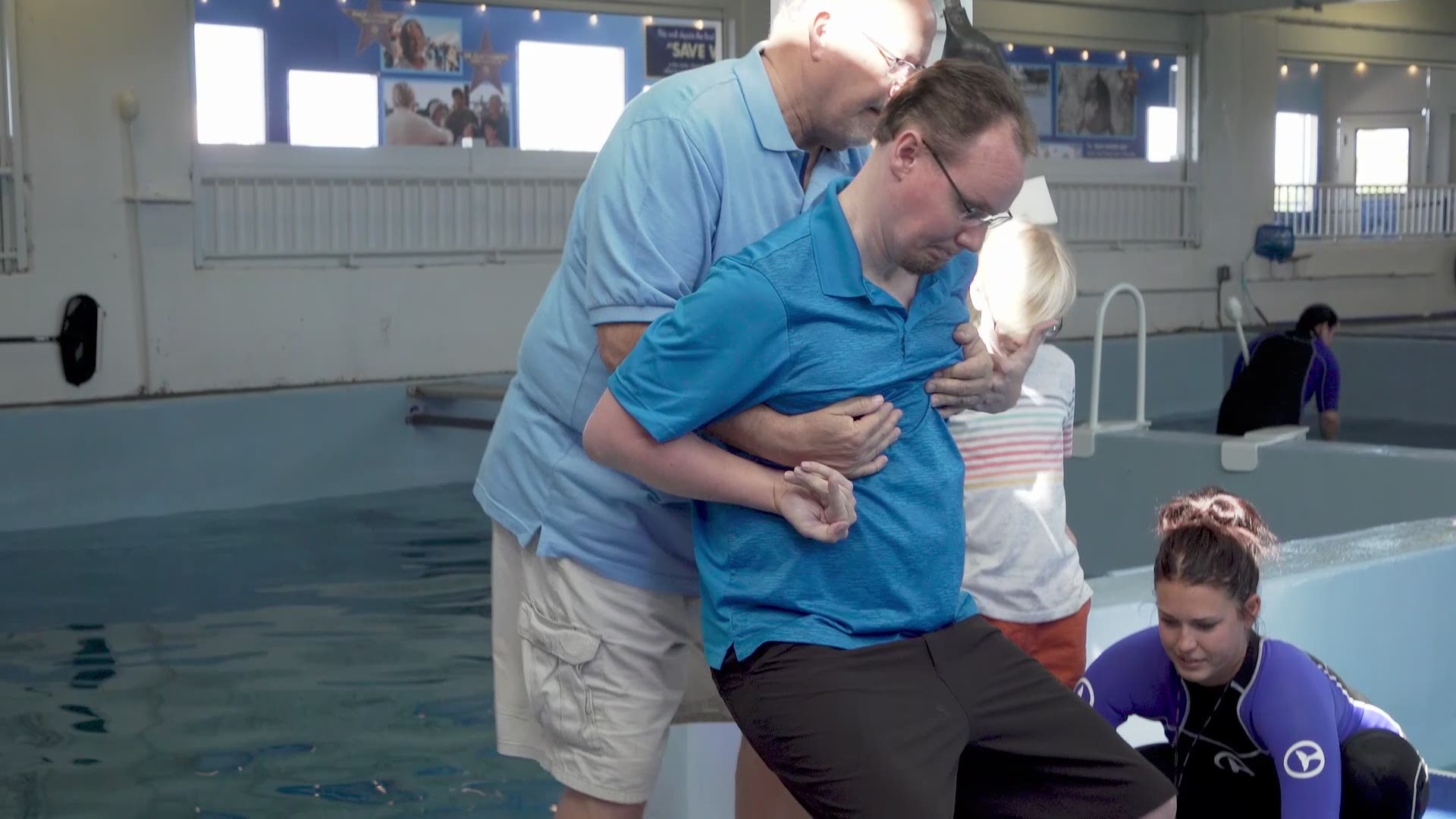 CLEARWATER, Fla. — Winter the dolphin has helped people of all ages look on the bright side and find the positives in life.

The special dolphin connected with another inspiring warrior Friday.

Winter, who has grown more famous due to the 'Dolphin Tale' movie franchise, lost her tail after being rescued from a crab trap near Cape Canaveral in 2005. But, she persevered and figured out how to swim without it.

The same year, U.S. Army Sergeant Eric Edmundson was severely injured after an IED exploded while he was on deployment near the Iraq/Syria border.

"Eric went to Iraq and served his country proudly, and unfortunately, came home with is life facing lots of challenges," a family member said.

Following the explosion, Edmundson was unable to speak or walk, although he has retained his cognitive abilities.

His family along with his wife and two kids, 8-year-old Hunter and 14-year-old Gracie have since been able to bond over the inspiration of the Winter the dolphin movie.

"As we watched the movie, we found out that with a lot of love, anything is possible, Eric and Winter found out," a family member added.

Edmundson has made it his mission to continue to live his life to the fullest and make a difference for others. He's undergone years of rehabilitation and continues to work with his family and community support.

He can talk through a device and has even learned how to paint. He uses a special device to hold the brush. The painting proceeds benefit his fellow vets and their own healing experiences.

Edmundson came to Clearwater Marine Aquarium with his parents and two kids. He traveled all the way from New Bern, North Carolina to meet Winter and other rescued dolphins at the aquarium.